British artist Paul Coombs said in a statement that his mission for the piece was to "demonstrate as much respect for ISIS and their ideology as ISIS shows for the people and religion it claims to represent."

A full image of the flag, which Coombs calls "Dildosis," that appeared at London Pride can be seen below: 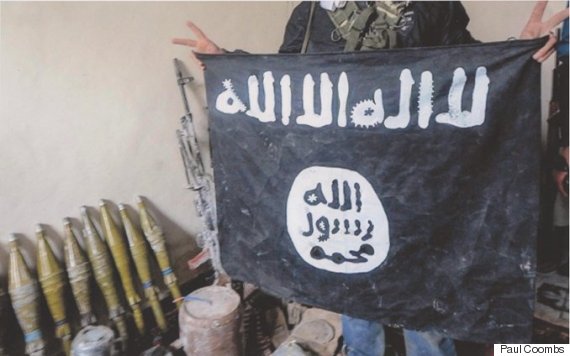 Other snaps of "Dildosis" can be found on Coombs' official website.

ISIS has expressed vehemently anti-LGBT views, and reportedly has murdered gay men by dropping them off buildings.