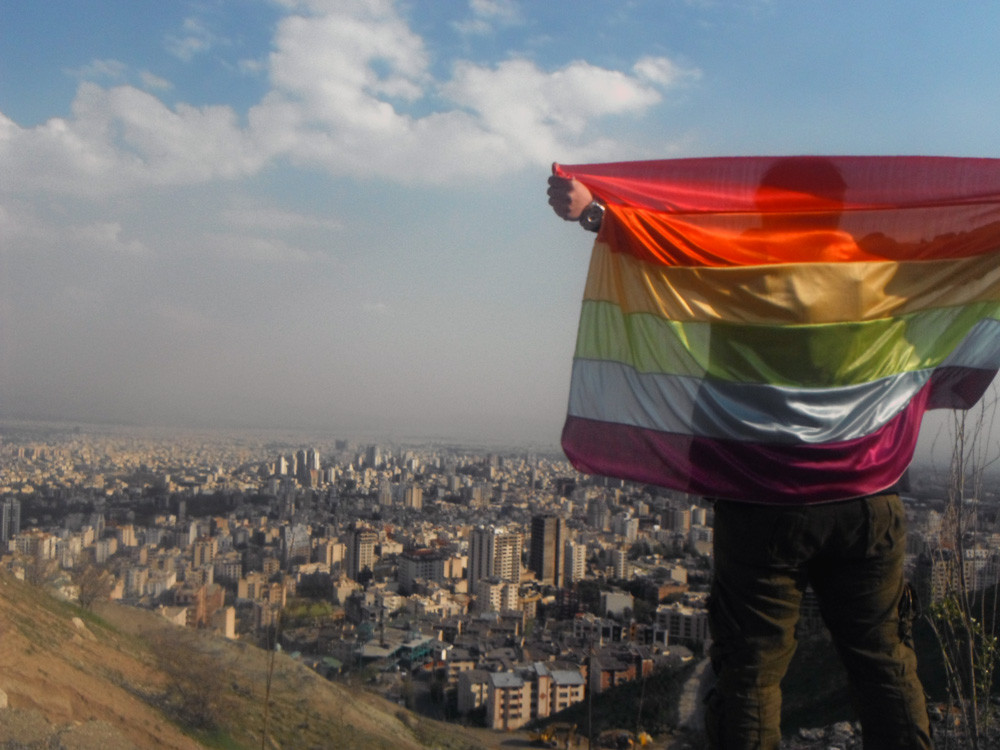 On May 17, the International Day Against Homophobia and Transphobia, a group of LGBT activists in Tehran, Iran, risked their lives to take a stand for gay rights, the Atlantic Online reports.

According to reports, a small group of young people gathered in a park overlooking Iran's capital city.

They were armed with nothing but a single rainbow flag and two small signs -- one of which read "No to homophobia and transphobia” in Persian, Care2.com reports.

But in a country where being gay can be punishable by the death penalty, the rare public display of support for Iranian gay rights holds a powerful significance.

"Note that the individuals were sure to hide their faces to avoid being identified and harassed," said Radio Free Europe/Radio Liberty's Golnaz Esfandiari.

According to a recent United Nations report, the Iranian government "systematically violates the human rights of LGBT individuals" who often endure abuse, stigmatization and violence -- including harassment, torture and execution.

However, the country's LGBT community is beginning to protest and take their stories to the outside world. Last year, the Guardian reported that a group of gay activists had set up a Facebook campaign called 'We Are Everywhere,' encouraging LGBT Iranians to post videos of themselves detailing the discrimination they face. The Guardian report also mentioned that at least two organizations for Iranian homosexuals have been set up outside the country in recent years.

Photos from the rally, which Esfandiari called "rare, if not unprecedented," were posted on the public social media site JoopeA last month.

The slideshow below has images of the activists holding their protest signs in what looks like public transportation, as well as photos of rainbow balloons in the sky above Tehran. 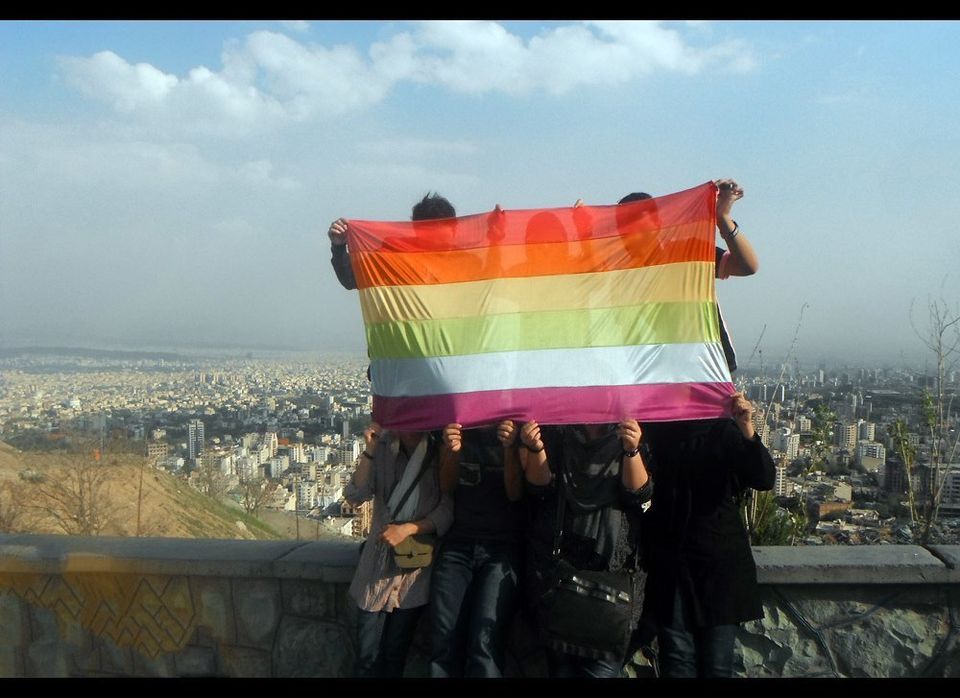