The Supreme Court handed down two landmark gay rights rulings on Wednesday, striking down the Defense of Marriage Act -- a federal law that forbade the government from recognizing same-sex marriages -- and dismissing a suit from supporters of California's Proposition 8 gay marriage ban.

It didn't take long for the decisions to take effect. Below, a list of policies that changed and events that took place in the aftermath of the rulings:

Secretary of Defense Chuck Hagel announced that the Pentagon would immediately begin offering equal benefits to gay service members and their families.

New Yorker Sean Brooks is officially married to his Colombian husband, Steven. With DOMA in effect, however, the federal government didn't recognize their nuptials, meaning that Steven's petition for a green card as a citizen's spouse was denied. Further claims based on their marriage were later rejected, and Brooks' husband was left facing deportation back to Colombia. After the Supreme Court ruling, however, a New York immigration court reportedly halted deportation proceedings immediately.

3.) Around 28,500 Other Binational Same-Sex Married Couples Breathed A Sigh Of Relief

As HuffPost's Elise Foley reports, Brooks and his husband weren't the only ones facing potential deportation due to the government's rejection of requests for spousal visas:

They're one of an estimated 28,500 binational same-sex couples who have been excluded from immigration benefits because of DOMA, which disallowed the federal government from recognizing their marriages. Wednesday's Supreme Court ruling doesn't entirely fix the problem -- couples must be married rather than partners, and must travel to a state that allows same-sex marriage if they don't live in one -- but it's still a major victory for LGBT rights.

With DOMA gone, same-sex married couples living in states with marriage equality are freed from the burdensome tax requirements that left them with a heftier bill. As CNN Money reports, they'll now be able to transfer assets to one another with fewer fees and file their federal income taxes jointly. At least one couple is seeking to amend their tax returns for the past three years in order to get back some of the extra taxes they paid due to DOMA.

If you support equality and the idea of the IRS having to do more work, this is a win-win for you.

5.) It Got Easier For Some Gay Couples To Get Health Insurance

Beyond the direct tax benefits, married same-sex couples living in states where gay marriage is legal will be eligible to receive a tax deduction on dependent employer-sponsored coverage, Tara Culp-Ressler reports at Think Progress. Federal subsidies for health insurance coverage through Obamacare marketplaces will also be available to these couples, as will federal deductions for their spouse's coverage.

Click over to Think Progress for more on how the DOMA decision affects health care for married gay couples.

6.) President Barack Obama May Or May Not Have Fist-Pumped

In which Jay Carney is asked if Obama fist-pumped when today's Supreme Court decisions came down: pic.twitter.com/idv5wFbifl

7.) Glenn Greenwald Decided It Might Be Time To Move Back To The United States

Guardian journalist Glenn Greenwald told Slate on Wednesday that he was considering moving back to the states now that the federal government recognized his marriage to his Brazilian partner, David Michael Miranda. Greenwald has lived in Brazil for the last eight years, and said that he would have to consider the outraged response by some government officials to his reporting on the NSA's massive surveillance programs before making a final decision.

8.) These Guys Got Engaged

Paul Katami and his partner, Jeff Zarrillo, were plaintiffs in the Proposition 8 case. They've been together since 1998, and on Wednesday, they got engaged in front of a crowd on the steps of the Supreme Court.

9.) A Celebrity Chef Put A Ring On It

Ted Allen, host of the hit Food Network show "Chopped," got engaged to his partner of 20 years.

"We discussed it for years," Allen explained to HuffPost's Joe Satran. "As celebratory as it is to have states permit marriage, we've always wanted to wait for the real thing when it was genuinely recognized by the federal government of the greatest country on earth."

10.) Even Straight Couples Moved Toward Marriage

Actor couple Kristen Bell and Dax Shepard had been holding off on officially getting married as a protest against DOMA. As Bell said, “I don’t feel appropriate taking advantage of a right that’s denied to my [gay and lesbian] friends.” The Supreme Court decision appeared to tip the scaled on Wednesday.

.@daxshepard1 will you marry me? Xo #marriageequality #loveislove”

It Got Better: 10 Things That Happened Immediately After The Supreme Court Gay Rights Rulings
Politicians React To Prop 8 And Defense Of Marriage Decisions 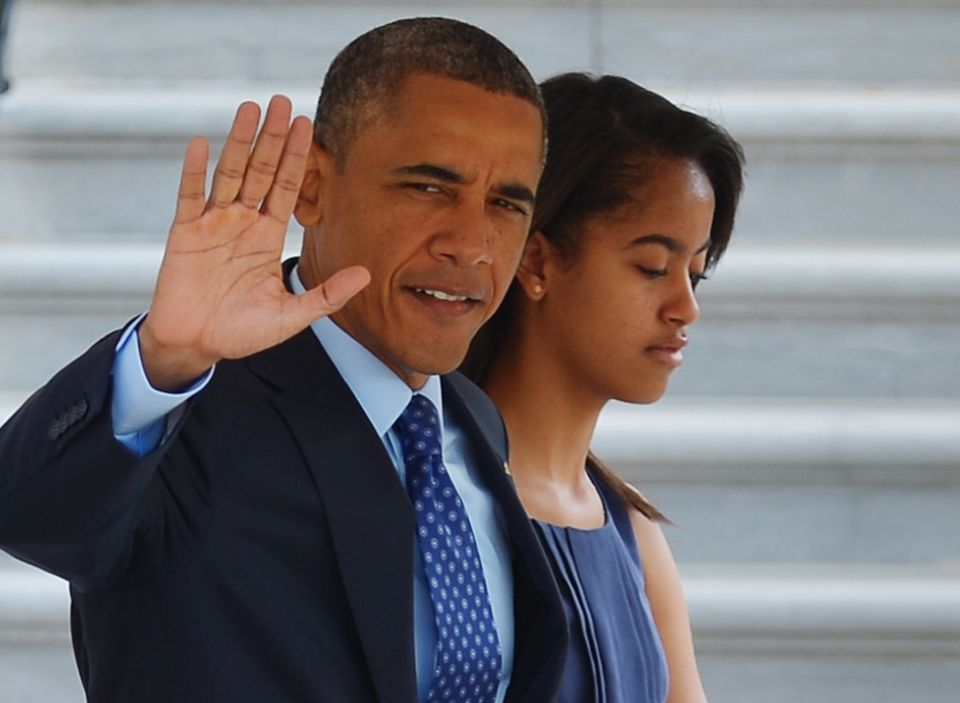