The moral cause embedded in the marriage equality movement is potent, but the debate may come down to a simple matter of popularity.

On Thursday the Human Rights Campaign and Americans for Marriage Equality released the results of a study, entitled "Victory In Sight", conducted by Greenberg Quinlan Rosner Research and TargetPoint Consulting that investigated the nuances of voters' views on marriage equality. More than a simple matter of "Should gays and lesbians be allowed to marry?", the poll looked at shifts in opinions over time, reasons for such shifts, and differing opinions among ages, faiths, geographic areas and more.

The first question addressed acceptance, comparing voters' favorable or unfavorable feelings towards gays and lesbians and towards evangelical Christians. In a nearly 80% Christian-identified country, the results might surprise you. 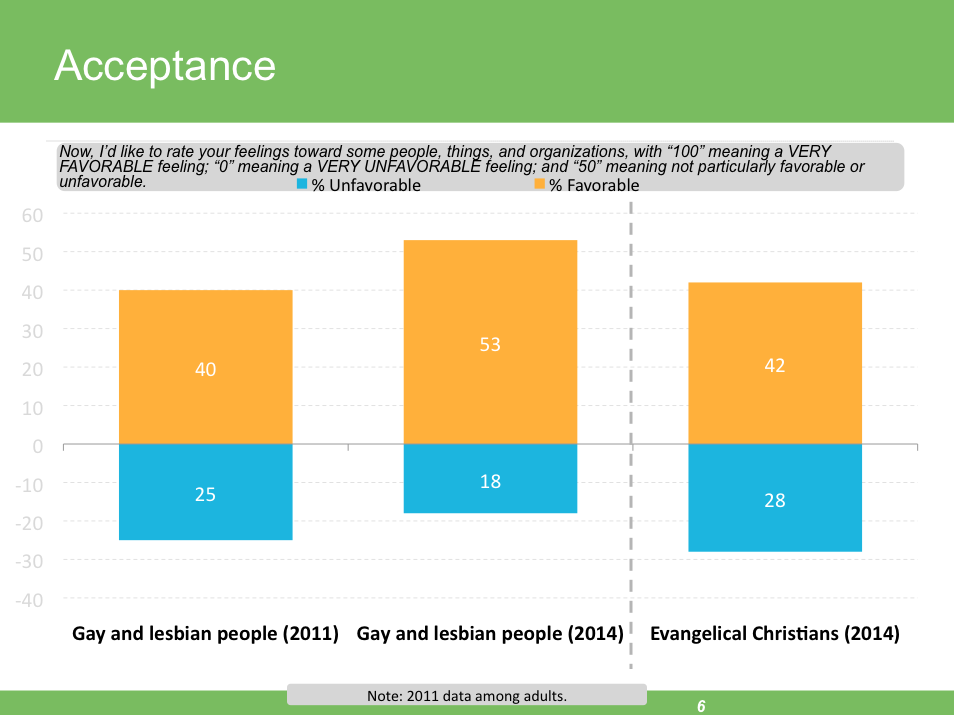 The same trend was present among respondents when asked whether they could separate the issue from their faith (ie. "While some people object to gay marriage, it is not for me to judge.") Sixty-eight percent of monthly worshipers and 72% of yearly worshipers responded in the affirmative, while only 42% of weekly worshipers agreed with that statement. 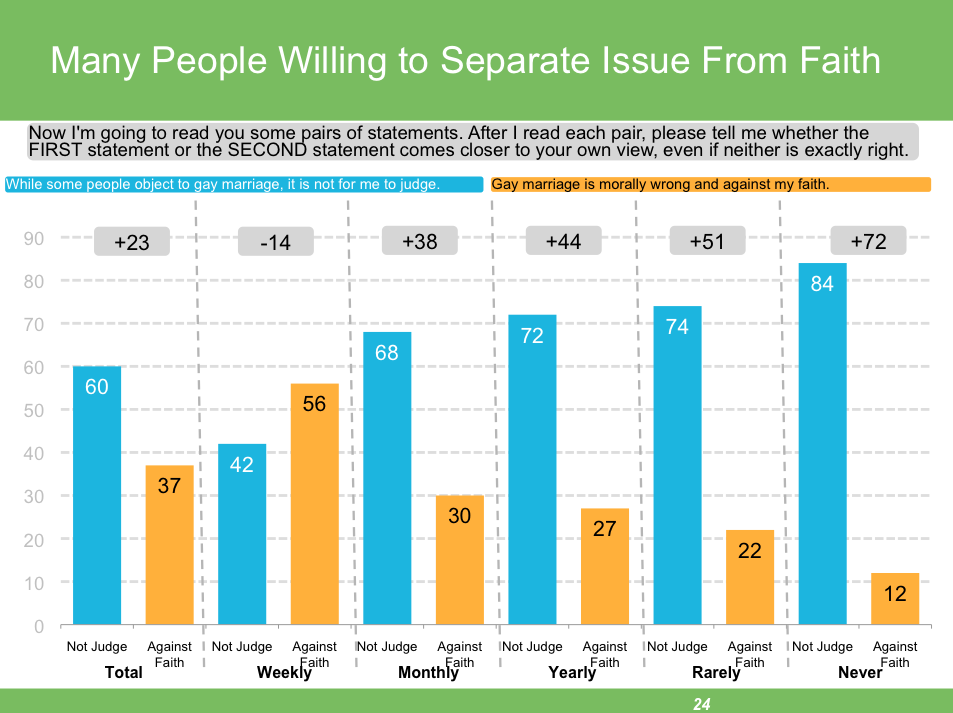 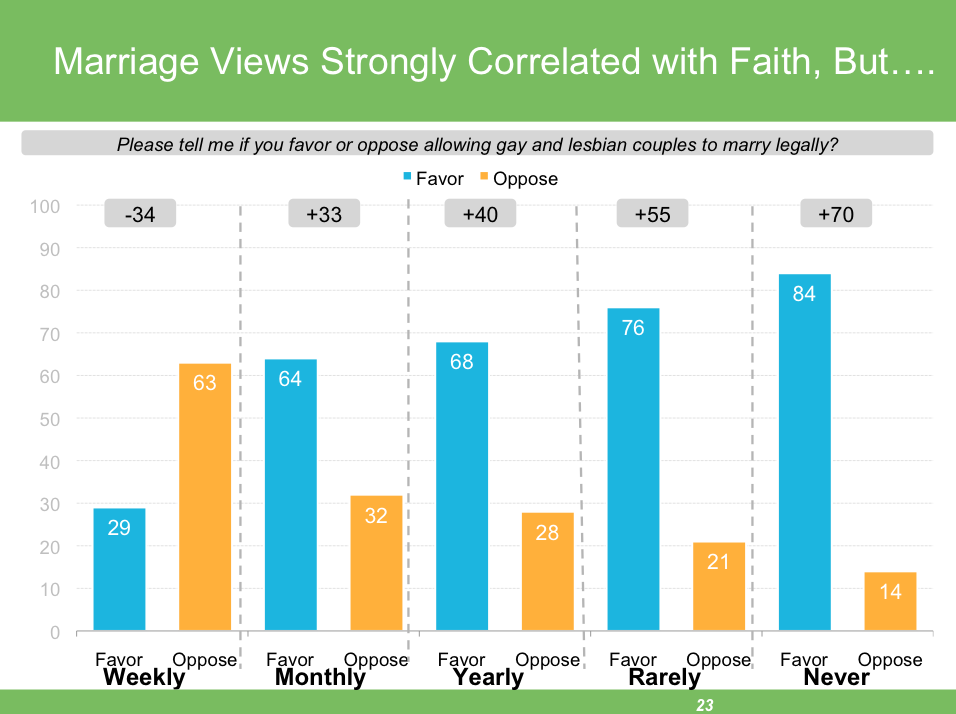 Perhaps moved by Pope Francis's "Who am I to judge?" brand of acceptance, 60% Catholic respondents also said they favored allowing gay and lesbian couples to legally marry, up from 57% in 2012.

With one-third of millennials who have left their religion saying they did so due to anti-gay policies, and young conservatives, on the whole, showing much more tolerance for same-sex marriage than their elders, the country may witness an ongoing shift toward the left on this issue in the years to come.