Back in June, 1967, the second day of the Six Day War, I became the first foreign correspondent to enter Gaza City when Israeli troops took that forsaken piece of real estate from Egyptian control. Two news colleagues had been killed when their vehicles hit mines the day before. But being young and eager to make a news name for myself, I tramped across the border with a unit of Israeli reserve soldiers, then rode recklessly into Gaza City itself on the hood of a helpful lieutenant's jeep.

There were distant bursts of machine gunfire and echoes of occasional small explosions. But aside from that - and the grisly sight of a shell-wrecked Egyptian troop carrier laden with still-burning corpses - Gaza itself was eerily still. There was nothing but silence, nothing but white flags hanging from the mud-brick shacks that served as Palestinian refugee homes. Not a single sight or sound of a single living Gazan.

In August, 2005, almost 32 years later, I was there when Israeli Premier Ariel Sharon, finally withdrew Israel's troops from Gaza and evacuated Israeli settlers from the rich fruit and vegetable producing settlements they had established along the strip. The corrupt Palestinian Authority took over full control of Gaza. Even the network of miraculously flourishing greenhouses that Israeli settlers had built became Palestinian, something Israel hoped would help convince the Gaza leadership to keep peaceful borders with the Jewish state.

That didn't happen. The chain of greenhouses was soon looted and all but completely destroyed. Fatah, Hamas, and half a dozen other Palestinian terrorist organizations began raiding Israeli targets again from Gaza to the point where the Israeli army had to return for three short stints to flush out terrorist nests.

Then as Gaza's economy began to worsen almost as quickly as the Palestinian Authority's corruption level grew higher, fed up Gazans finally voted the PA out - and the Islamist terrorist organization Hamas into power.

Anyone who expected Hamas to do a better job for the Gazan population was soon sadly disappointed. A Sunni Muslim Brotherhood affiliate, Hamas remains fanatically resolved to destroy Israel and to murder millions of Jews in the process. It quickly began feeding on the mega millions of United Nations, American and other foreign aid shipped in for Gaza's refugee millions. For example, rather than use shipments of cement coming in from Israel and elsewhere to build homes and schools for Palestinians, Hamas used them for the network of terror attack tunnels they began boring into Israel. 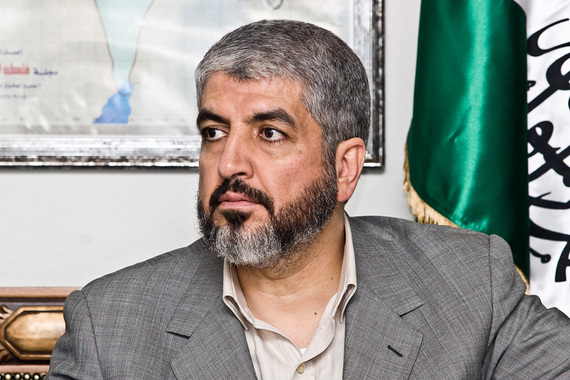 Much of the loot has found its way to accounts in Doha, the capital of the oil-rich Gulf state of Qatar and now, since it was booted out of Damascus, the extremely comfortable, lush villa laden headquarters of Gaza's senior Hamas leadership.

Hamas political leader Khaled Mashal, for example, is said to already maintain a network of mega-million dollar Qatari companies and bank accounts registered to his wife, daughter and son. A current "prestigious project in Doha", Peskin reports, "includes the construction of four towers of more than 27,000 quare meters... attached to a 10,000 square meter mall."

Palestinian leadership has always been the worst enemy of the Palestinian people - especially in Gaza, one of the poorest and possibly the most densely crowded place in the world. Had its leadership been smarter and less personally greedy, it's possible that Palestinians would have had their state alongside Israel scores of years ago.

Please, Palestinians, realize that and stop allowing yourself to be used as human shields and as the unending bankroll for corrupt leaders.