One year after the 2014 war that killed more than 2,000 Palestinians and destroyed thousands of houses, people in Gaza are struggling to survive under a crippling blockade

PHOTO GALLERY
Gaza: The scars of war
Download
Calling all HuffPost superfans!
Sign up for membership to become a founding member and help shape HuffPost's next chapter
Join HuffPost 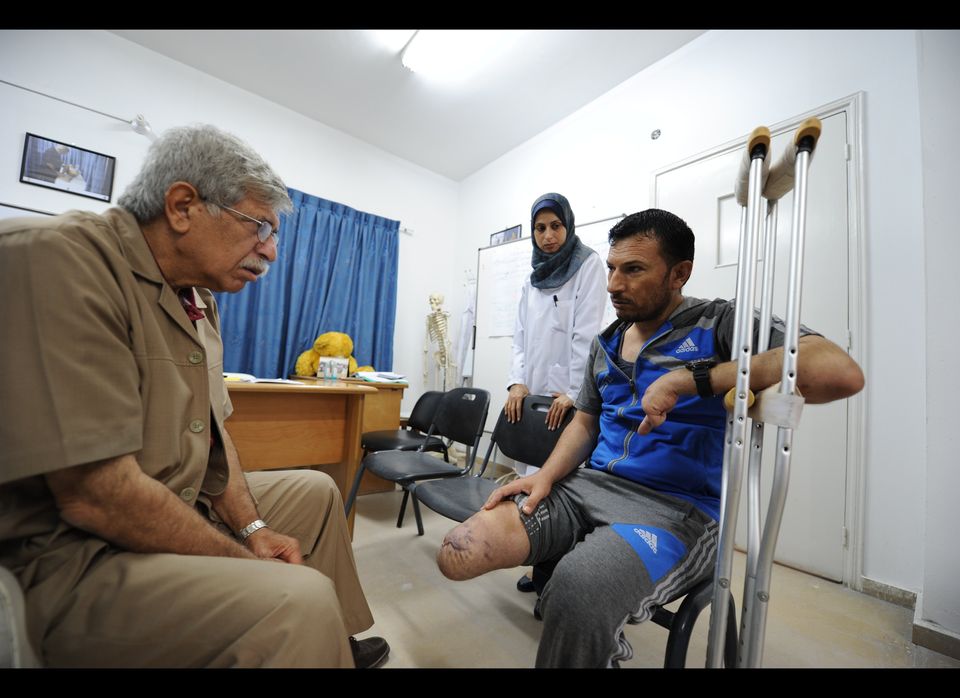 1 / 10
Dr Nabeel Al Shawa (left) is a consultant orthopaedic surgeon at Gaza’s only prosthetic clinic in Gaza. He is here seeing Rajaa Mohammed Hamdan from Rafah, who lost his leg and fingers when a bomb landed just outside his house while he was in the door with his 15-year-old son Mohammed. “It all happened in a question of seconds,” Rajaa says. “My son died on the spot. I was on the phone when the bomb fell, so my hand was protecting my head and that’s how I lost my fingers but managed to stay alive.” Rajaa spent months in Egypt where doctors tried to save his leg but his condition degenerated and they had to amputate it last February. “Life has changed completely for me,” Rajaa said. “I don’t go out anymore. I don’t want anyone to see me like this. I couldn’t move for some six months, and now that I can move a bit I’m just ashamed.” Dr Nabeel said: “Over the years, in different wars, I’ve seen all sorts of wounds and operated in some of the most chaotic situations, but when the physical pain and shock subsides, the psychological effects of amputations are just devastating.” Photo: Karl Schembri/NRC