GAZA, Feb 13 (Reuters) - Egyptian forces have flooded smuggling tunnels under the border with the Palestinian-ruled Gaza Strip in a campaign to shut them down, Egyptian and Palestinian officials said.

The network of tunnels is a vital lifeline for Gaza, bringing in an estimated 30 percent of all goods that reach the enclave and circumventing a blockade imposed by Israel for more than seven years.

Reuters reporters saw one tunnel being used to bring in cement and gravel suddenly fill with water on Sunday, sending workers rushing for safety. Locals said two other tunnels were likewise flooded, with Egyptians deliberately pumping in water.

"The Egyptians have opened the water to drown the tunnels," said Abu Ghassan, who supervises the work of 30 men at one tunnel some 200 metres (yards) from the border fence.

An Egyptian security official in the Sinai told Reuters the campaign started five days ago.

"We are using water to close the tunnels by raising water from one of the wells," he said, declining to be named.

Dozens of tunnels had been destroyed since last August following the killing of 16 Egyptian soldiers in a militant attack near the Gaza fence.

Cairo said some of the gunmen had crossed into Egypt via the tunnels - a charge denied by Palestinians - and ordered an immediate crackdown.

The move surprised and angered Gaza's rulers, the Islamist group Hamas, which had hoped for much better ties with Cairo following the election last year of Egyptian President Mohamed Morsi, an Islamist who is ideologically close to Hamas.

A Hamas official confirmed Egypt was again targeting the tunnels. He gave no further details and declined to speculate on the timing of the move, which started while Palestinian faction leaders met in Cairo to try to overcome deep divisions.

Hamas said on Monday the Egyptian-brokered talks, aimed at forging a unity government and healing the schism between politicians in Gaza and the occupied West Bank, had gone badly but had not collapsed.

While Gaza's rulers have been reluctant to criticise Morsi in public, ordinary Gazans are slightly more vocal.

"Egyptian measures against tunnels have worsened since the election of Morsi. Our Hamas brothers thought he would open up Gaza. I guess they were wrong," said a tunnel owner, who identified himself only as Ayed, fearing reprisal.

"Perhaps 150 or 200 tunnels have been shut since the Sinai attack. This is the Morsi era," he added.

The tunnellers fear the water being pumped underground might collapse the passage ways, with possible disastrous consequences.

"Water can cause cracks in the wall and may cause the collapse of the tunnel. It may kill people," said Ahmed Al-Shaer, a tunnel worker whose cousin died a year ago when a tunnel caved in on him.

Six Palestinians died in January in tunnel implosions, raising the death toll amongst workers to 233 since 2007, according to Gazan human rights groups, including an estimated 20 who died in various Israeli air attacks on the border lands.

Israel imposed its blockade for what it called security reasons in 2007. The United Nations has appealed for it to be lifted.

At one stage an estimated 2,500-3,000 tunnels snaked their way under the desert fence but the network has shrunk markedly since 2010, when Israel eased some of the limits they imposed on imports into the coastal enclave.

All goods still have to be screened before entering Gaza and Israel says some restrictions must remain on items that could be used to make or to store weapons.

This ensures the tunnels are still active, particularly to bring in building materials. Hamas also prefers using the tunnels to smuggle in fuel, thereby avoiding custom dues that are payable on oil crossing via Israel. (Additional reporting by Youssry Ahmad in Egypt; Editing by Crispian Balmer and Angus MacSwan) 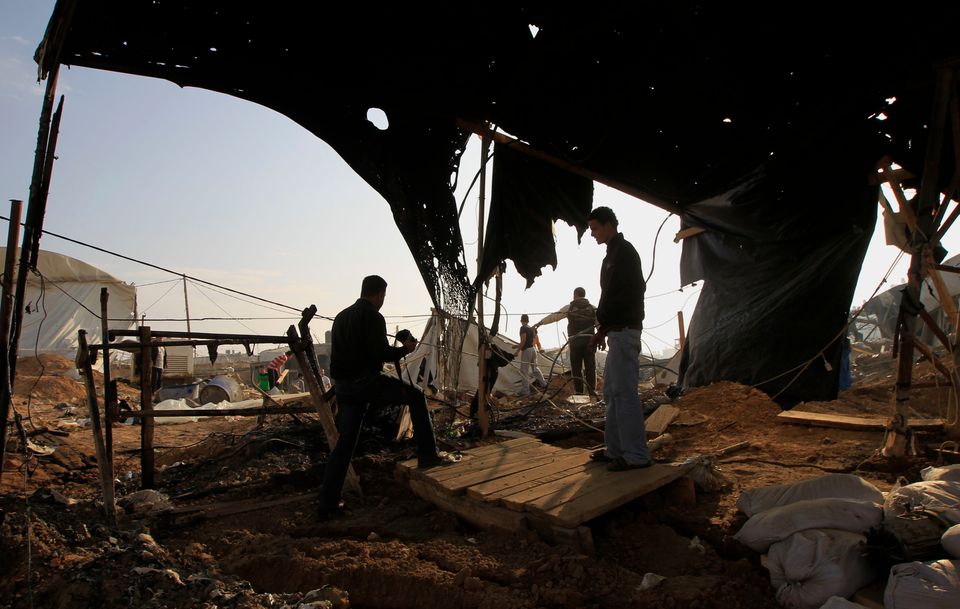