"We did not choose to use the tunnels,” a government engineer told me. “But it was too hard for us to stand still during the siege and expect war and poverty.” For many Gazans, the tunnels, lethal though they can be, symbolize better things: their native ingenuity, the memory and dream of mobility, and perhaps most significant for a population defined by dispossession, a sense of control over the land. The irony that control must be won by going beneath the land is not lost on Gazans.

James Verini and photographer Paolo Pellegrin traveled to Egypt's border with Gaza for National Geographic and came back with a fascinating account of the workings of the tunnels that connect Egypt with the Gaza Strip. Since the Israeli blockade of Gaza, the tunnels are the enclave's main supply line. For many Gazans the tunnels are a lifeline and a source of hope. Yet from an Israeli perspective, they are Hamas' main source of weapons and supplies.

Through the tunnels under Rafah came everything from building materials and food to medicine and clothing, from fuel and computers to livestock and cars. Hamas smuggled in weapons. New tunnels were dug by the day—by the hour, it seemed—and new fortunes minted. Families sold their possessions to buy in. Some 15,000 people worked in and around the tunnels at their peak, and they provided ancillary work for tens of thousands more, from engineers and truck drivers to shopkeepers. Today Gaza’s underground economy accounts for two-thirds of consumer goods, and the tunnels are so common that Rafah features them in official brochures.

Read the full article on National Geographic's website and take a look at Pellegrin's fascinating photos in the slideshow below. 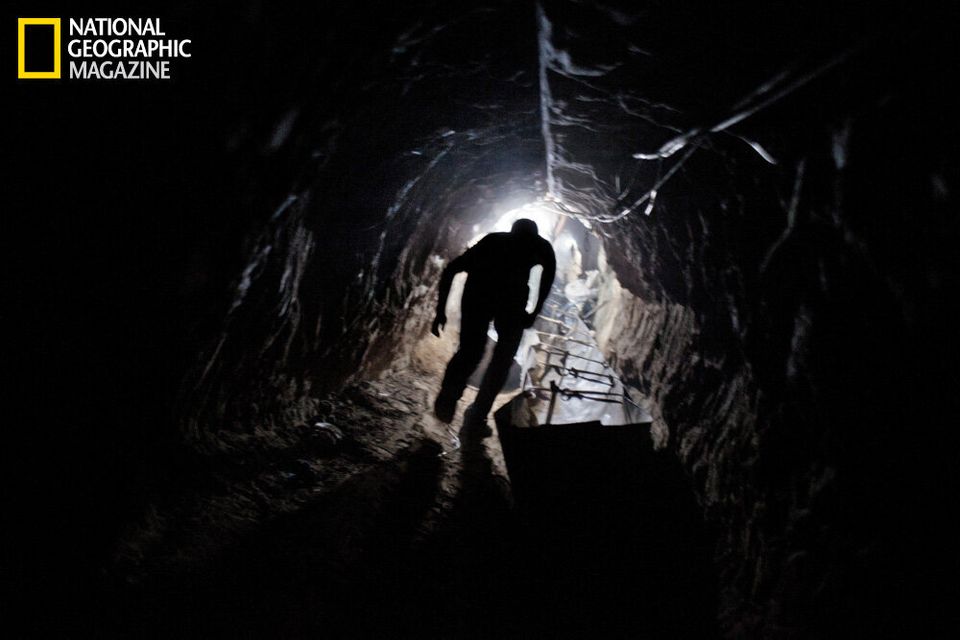