Geckos aren't exactly known for their playful nature. Like most reptiles, they're not really known to play at all, which is why scientists believe this video from a 2013 space mission captures something very unusual.

The space geckos were sent into orbit in the Bion-M No. 1 satellite, an unmanned Russian spacecraft loaded with animal experiments. Early in the mission, one of the 15 female thick-toed geckos on board lost her collar, which floated around the geckos' pod once they were in orbit.

The geckos didn't float, thanks to their sticky toe pads. And as The Guardian reports, they first tried to avoid the floating collar, perhaps out of fear.

Over time, however, the geckos started to play with it. The researchers wrote in the Journal of Ethology:

Unlike the "sex geckos" that were killed during a space mission last year, the playful geckos were safely returned to earth -- and researchers have been analyzing information from the mission ever since, including the video that captured them at play.

"It's the first demonstration of object play in geckos –- something that is rare in any lizard," herpetologist Gordon Burghardt at the University of Tennessee, who was not involved in the study, told New Scientist.

As the authors of the study point out, capturing any reptile at all in the act of play is extremely rare.

“Reptiles have quite a complex brain structure and rather well developed cognitive and perceptual abilities, but until recently they were considered unable to demonstrate play behavior," the authors wrote. "Even now, play behavior has been described in sufficient detail and proven in only a few species of reptiles."

Those species include the American alligator, Nile soft-shelled turtle and monitor lizard.

But until now, scientists have had a hard time proving that geckos can play. The Animal Answer Guide from Johns Hopkins University Press has a FAQ on geckos that includes the question, "Do geckos play?"

The answer: "Probably not, but it's hard to know."

Geckos explore their environment and may be “curious” about unfamiliar objects or organisms. However, most of this curiosity is almost certainly related to basic life functions. In other words, geckos want to know things like 'Can I eat it?' 'Will it try to eat me?' or 'Can I mate with it?' Or, in the case of inanimate objects 'Can it help or hinder me from eating, mating, or hiding?'

While people might think a pet gecko is playing, "other more practical explanations probably apply," the guide says.

Geckos Caught Playing For The First Time Ever, Scientists Say -- And It All Went Down In Space
Animals In Space 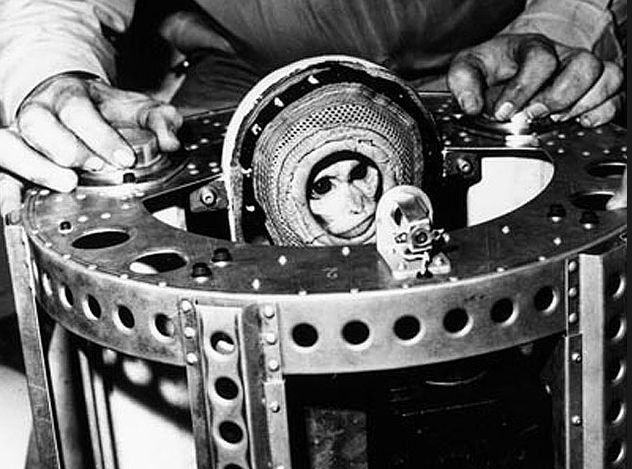