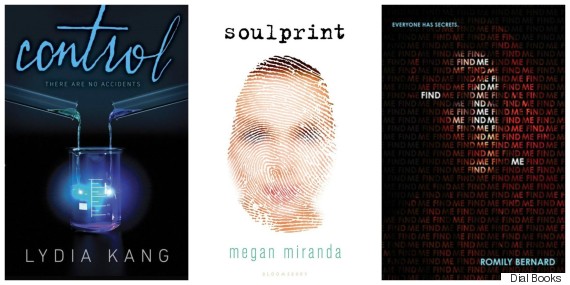 When I was a teen, I dreamed of becoming a scientist, like the whip-smart heroine in my young adult thriller, Nearly Found. Similar to my character, Nearly, I hit my schoolbooks hard all year, and during the summer, there was nothing I loved more than ditching my textbooks and hitting the beach with an engaging "smart" read. I'm talking about gripping, tightly-plotted stories with brainy heroes and heroines. I'm talking about books that whisked me out of the classroom and took the science (and my imagination) on heart-stopping adventures to different worlds. Back then, my choices were limited, mostly to adult crime thrillers, dense sci-fi tomes, and over-my-head medical dramas.

But today, STEM-rich books for young adults are hotter and more action-packed than ever.

Wait! You mean STEM doesn't stand for "Suspense, Thrills, Excitement, and Mystery"? You'd never know, judging by some of these recent young adult books. Here are a few STEM-strong titles perfect for math geeks and science-enthusiasts looking to add a little fiction to their summer reading list.

Control by Lydia KangLydia Kang, an ER physician who blogs medical advice for authors, offers up a unique teen cast of human genetic "mistakes", outcast and hidden from society for their peculiar abilities. Someone has big plans for these gifted kids, and it's up to Zel, the daughter of a famed geneticist, and Cy, a captivating mutant with a knack for medicine, to uncover the secrets behind the science in time to save them all.
Soulprint by Megan MirandaWith a degree in Biology from MIT, Megan Miranda writes acclaimed YA thrillers that explore the intersection of morality, humanity, and scientific breakthrough. Her latest novel, Soulprint, takes place in a future where reincarnation can be scientifically tracked, leaving 17-year-old Alina Chase imprisoned for a crime she committed in a past life. In this edge-of-your-seat thriller, a brilliant and calculating heroine retraces the steps of her last life using clues left behind by her former self, while picking up a steamy romance with an intelligent and daring boy with his own criminal past along the way.
Find Me by Romily BernardOften described as The Girl with the Dragon Tattoo for teens, the story of tough teen hacker Wick Tate is a pacey suspenseful crime thriller, with plenty of twists and turns... not to mention an irresistible bad-boy love-interest. Clues and reveals are well-timed to allow the reader to solve the mystery along with Wick as she uses her tech savvy to investigate the suspicious death of a friend. (A good fit for fans of Don't Turn Around by Michelle Gagnon.)
A Girl Named Digit by Annabel MonaghanPerfect for fans of cryptography, FBI procedurals, and conspiracy thrillers, the story of "Digit" Higgins's race to outwit a terrorist organization will captivate even the most reluctant STEM readers. A fun, fast read for those who prefer to take their math with a heavy dose of action and a pinch of sweet romance.
Bad Taste in Boys by Carrie HarrisFor those who like a little humor with their STEM, super-smart heroine Kate Grable has uncovered a dangerous secret while working as a student trainer in her high school gym - the coach has been dosing his football players with steroids, resulting in an unusual side-effect... they're all becoming zombies. And it's up to Kate to find a cure. At times campy and always fun, this perfect-for-summer read offers readers a nerdy heroine to cheer for.
Relativity by Cristin BisharaPhysics geek Ruby Wright wishes her life had taken some different turns, but when she discovers a wormhole in an Ohio cornfield, opening a gateway to nine parallel universes, she gets a chance to explore the alternative paths her life could have taken had events in her life happened differently. Complete with references to string theory, narrated by a science-minded teen voice, this compelling story explores the laws of space and time and the nature of relationships, raising questions about the possibility of a truly perfect world. (Note: If you like a little more terror in your black-hole parallel universes, Gretchen McNeil's 3:59 offers an eerie sci-fi/horror blend with similar themes.)
Go To Homepage