LOTR fans, your dream hath cometh true. There is a town in the Netherlands called Geldrop, and it's got a neighborhood where every street is named after a resident of Middle-earth.

They're all organized by category: The north part of the neighborhood has the Gondorian streets, like Boromir and Aragorn. The Dwarf zone has streets like Balin and Dori. There's a Rohan section where you'll find Éowyn and Éomer, and the Elven streets include Legolas and Galadriel. 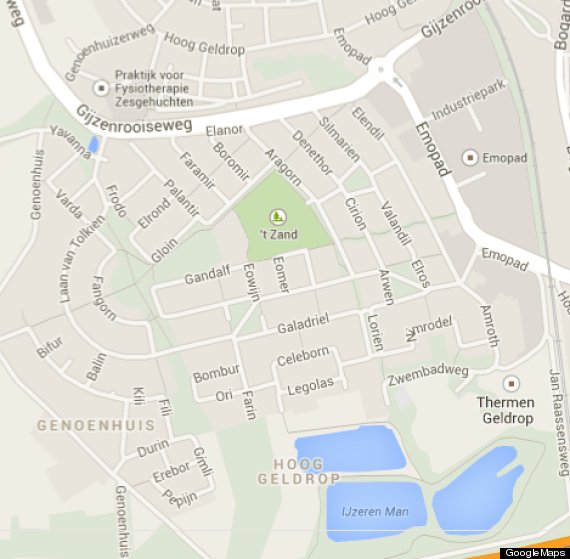 There's no word on why the neighborhood decided to give itself such Tolkien-y titles, but we're glad they did. Geldrop is incredibly fun to explore on Google Maps, and it actually looks like a nice, orderly, quaint little place to live.

Here's the little playground on the corner of Gandalf and Sam Gewissies (the Dutch name for Samwise Gamgee).

Tulips Bloom In The Netherlands