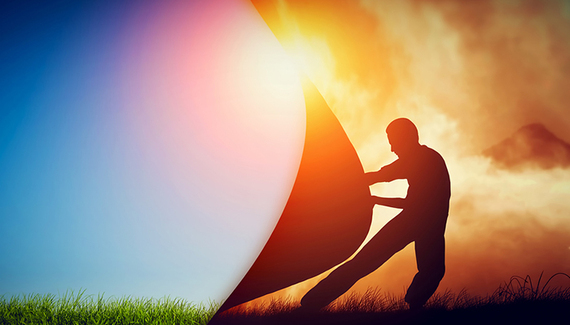 Millennials have long been the focus of attention, but as the first wave from Generation Z enters the workplace, there will be another shakeup on the horizon.

Business and marketers have been falling over themselves trying to appease millennials who were described as the biggest retail and employment disruptor of our time. However, as they are now thought to be 20 to 35, they are no longer the new kids on the block but are now getting older, and this represents a very different challenge to both businesses and marketers.

Every generation will develop different wants, needs and desires as they progress through the different stages of life and their responsibilities change. Much of what we thought we knew about millennials is about to change as they enter the next phase in their lives and begin to think about starting a family or financially planning for their long-term future, so we need to stop thinking of them as 15-year-olds.

They typically shunned debt and have famously believed to have put experiences over possessions by keeping a simple, minimalistic lifestyle and their lack of interest in cars still completely baffles the auto industry, but these attitudes could begin to change as they settle down into adulthood.

By contrast, Generation Z are starting to have purchasing power as they arrive in the workplace and are the first real digital natives who were raised on using five screens such as the smartphone, desktop, laptop, tablet and TV to communicate and digest information instantaneously but are equally easily distracted. The oldest members of Gen Z (born roughly between 1995 and 2010) will turn 20 this year, and their arrival is signaling a wave of change in the business landscape that could dramatically change the economic climate.

Millennials will start feeling old at an office party when nobody understands their tales of reminiscing over iPods and MySpace. Their younger colleagues cannot remember a time without social media or smartphones as technology has always been there dominating their lives; they are the first generation not to be excited by it, in fact, it's stepping away from tech and gadgets that feel alternative and cool.

Having been technologically proficient from such a young age, less is more, and any communication needs to be incredibly concise considering whole conversations can be achieved with a single image thanks to emojis.

Whereas the Millennials were all about filtered photos and edited videos that fueled their egos with likes and comments. Gen Z embraces living in the right now and enjoys sharing the world through their eyes through Snapchat stories that enable them to tell their story of a day in their life in an unedited video that will last for 24 hours before disappearing forever.

This simple change in habits will result in moving millions of marketing dollars away from the unfavored Facebook, and this is probably one of many reasons why Snapchat bravely turned down a $3 billion offer from Mark Zuckerberg's social network.

When surveyed it also predictably revealed that this new generation are proud cord cutters who seldom watch traditional tv or cable packages and would much sooner stream their content on services such as Netflix or YouTube.

We often talk about disruptive technology, but we should prepare for the arrival of Gen Z and accept how they are already beginning to change the corporate landscape. The gray suits behind large corporations that struggle to move anything forward are deemed too clunky and in a brave new digital world where rapid change is expected as the norm, the message is simply to keep up or get left behind.

Whereas previous generations had a worldview that was shaped by the media, these new kids on the block were leaving traditional stereotypes behind and regularly communicate with individuals from every corner of the world and understand at a relatively young age that everyone is essentially the same regardless of location.

Platforms such as Snapchat and Periscope have allowed them to tune in and see unedited daily routines of how people live their lives all over the world free from media bias. This has resulted in these global citizens relating to each other on a personal level and developing an understanding of just how similar all of our lives are all over the world.

As we continue to see the rise of individuality and the personalizing of almost everything we are already seeing larger companies beginning to struggle with their one size fits all marketing campaigns from auto do-not-reply email addresses that merely leave this new audience cold, in fact, they barely use email anyway.

More and more will turn away from clocking into an office 9-5 like many of their parents and siblings have done before them. Sluggish business practices and failure to continuously improve and evolve could even lead to a dramatic rise in solopreneur's or localized entrepreneurial business ventures forcing larger brands to change their ways.

Just when you thought you understood the mindset of the millennial, life has thrown another curveball in your direction. Whether its disruptive technology or even a next generation workforce, this is simply a wake-up call to illustrate how individuals or businesses can no longer have a static view and definition of a generation and must embrace rapid change before its too late.

With Gen Z turning their back on TV, email and the fake world of celebrity, idealistic millennials embrace the sharing economy as many will continue to steer clear of owning a car or their own home. This will increasingly impact the economy if old businesses no longer understand or are relevant to the two dominant generations.

Are you already noticing subtle changes in attitudes, spending habits and engagement from Gen Z audiences? Please share your experiences by commenting below.