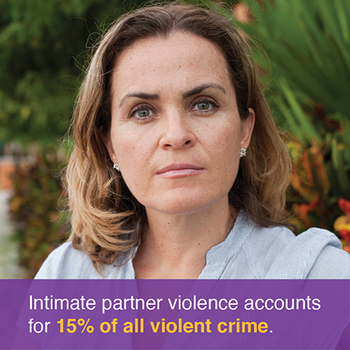 Our society gives men more power than people of other genders. On average, men make more money than women and transgender or gender non-conforming people; there are more men than women in elected office; and gender-based violence is overwhelmingly perpetrated by men against women. We live in a world where men learn that they are entitled to power, which is why domestic violence, sex trafficking and sexual assault share the dynamic of power and control.

Male privilege pervades college and professional athletics. Athletes at all levels are provided unparalleled entitlements and taught that they will be shielded from repercussions for wrong-doing. As a result, studies on college campuses show that athletes disproportionately perpetrate sexual assaults and are frequently not brought to justice. Over 100 colleges and universities have been investigated for their response to reports of sexual violence. Professional athletes are also consistently in the news for violence perpetrated against intimate partners, while the profit-driven athletic programs that value their athletic skills above the safety of women turn a blind eye.

Violence is a learned behavior. Just as children who are raised in violent homes learn violence as a means of resolving conflict, student athletes learn early on that they can get away with violent behavior from the preferential treatment they are given, and from observing their role models in professional sports. In 2009, University of Michigan football freshman kicker Brendan Gibbons allegedly raped a female student at a fraternity party. That same night, a police report was made. But not until 2014, just after his final season as a starter on the nationally ranked football team, was Gibbons "permanently separated" from the school for violating the university's Student Sexual Misconduct Policy.

The perpetuation of male privilege in athletics only worsens when young athletes become professionals in a billion-dollar industry that will do anything to protect its stars. Greg Hardy returned from a four-game suspension from the NFL (reduced from ten) after allegedly throwing his girlfriend, Nicole Holder, on a futon full of firearms and strangling her, with "guns blazing." Milton Bradley, a baseball player in the MLB, was allegedly emotionally and physically abusive to his wife, Monique Bradley, for ten years. The MLB continued to support Bradley until this past April when he was sentenced to 32 months in jail -- a sentence that may now be reduced by 27 months. Likewise, Floyd Mayweather, widely agreed to be the best boxer alive, has seven assaults against five women that have resulted in citations and arrests. And last year, NFL player Ray Rice was caught on video knocking his partner, Janay Palmer, unconscious. One month later, Rice and Palmer were married. People wondered why she stayed, but many women knew the answer -- they recognized the power and control dynamic at work. The hashtags #WhyIStayed and #WhyILeft quickly went viral, with domestic violence survivors sharing their stories of the shame, guilt, and fear that come with being abused by someone they love and knowing things may only get worse if they report it or try to leave. 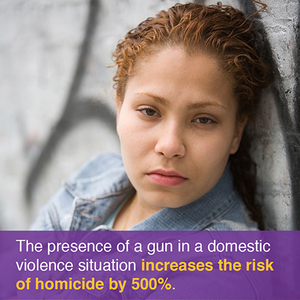 According to the Everytown for Gun Safety 2015 Report, there is a noteworthy connection between mass shooting incidents and domestic or family violence. In at least 76 of the cases (57%), the shooter killed a current or former spouse or intimate partner or other family member, and in at least 21 incidents the shooter had a prior domestic violence charge.

Typically, when a woman is abused, her abuser tells her it's her fault that this is happening to her. He might tell her that she has been disrespectful, or that the abuse is deserved. Male privilege gives him permission to shift responsibility to his female victim for the acts he has committed. The shooters in Oregon, and last year at UC Santa Barbara, each cited the belief that because they did not have girlfriends they were being denied something they were entitled to. The latter used this to justify mass murder. 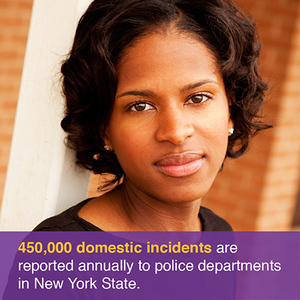 NYLAG offers free legal services to survivors to help them shift the power dynamic. By obtaining tangible relief including orders of protection, child support, divorce, immigration status and safe custody and visitation arrangements, we help our clients to break the cycle of violence that allows their abusers to maintain control. During October, Domestic Violence Awareness Month -- and the rest of the year -- it is important that we recognize why violence against women happens in the first place and work together at all levels to confront it.