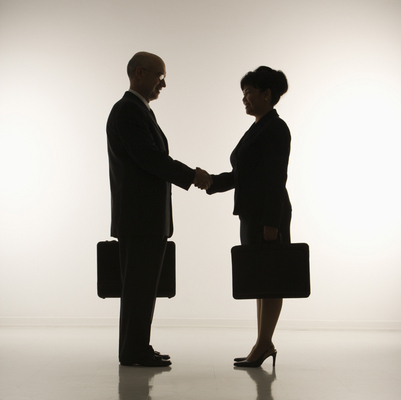 It depends on which study you read.

I talk a lot about the "business case" for gender diversity in leadership. I have been looking at studies challenging a primary pillar of the business case -- the research showing a correlation between gender diversity on boards of directors and better financial returns. What are the facts?

The research demonstrating the bottom line payoff of having women and men in leadership is well known. What I'll call the "Base Case" includes a Catalyst study showing companies with the most women directors outperform those with the least on ROIC by 26%. The Base Case includes several McKinsey & Company's studies titled Women Matter, which show that "companies where women are most strongly represented at board or top-management level are also the companies that perform best." Other studies include Credit Suisse research showing that companies with women on their boards have higher share price and numerous university studies.

A recent piece in The Economist cites research said to challenge the Base Case. The author (I'm guessing it is a man because the opening line sounds a little peeved that women are getting so many plum CEO jobs) sets out to show that women CEO's will run companies no better than men. His point is about whether (or not) there are differences in how men and women lead -- not whether gender diversity is good for business. But he conflates the two issues. In arguing that having a woman CEO will not necessarily benefit the bottom line (I agree), he cites some studies that, he says, "cast doubt" on the Base Case -- as it relates to board representation.

The Economist piece confuses an important point. Companies with gender diversity don't do better because women CEO's (or women at any level) lead differently or better. They do better because they have diverse perspectives -- both masculine and feminine strengths. But the article caused me to look at the studies cited regarding the Base Case.

One of these studies focused on the impact of gender diversity on group performance and found "no overall effect." Two focused on Norway, where companies were mandated to have 40% of board seats go to women. Apparently there was a decline in profits of the Norwegian companies after this mandate, which the author ascribes to the presence of women directors. He is not clear how he found causation. (Neither the studies in the Base Case nor the contrary studies do -- or could -- show a causal connection between the gender composition of boards and positive or negative performance. There are too many other variables.)

The Economist author cites a 2008 paper by economists Adams and Ferreira for the conclusion that "The average effect of gender diversity on firm performance is negative." That study confirms a correlation between gender diversity and both "firm value" and operating performance but proceeds to chip away at the correlation by pointing to other variables and "reverse causality."

In a 2013 article in the Atlantic, Christina Sommers makes the point about causality. Referring to the studies by Catalyst and McKinsey, she notes, "neither study has established causation: More female directors could be a consequence, rather than a cause, of business success." Sommers refers to the Adams and Ferreira study (above) and two other studies that lead her to caution that we not "oversell the financial benefits of having women on corporate boards":

Do the types of companies studied vary from those in the Base Case studies? Do the studies distinguish between companies with a single woman director and companies with more? (The Adams/Ferreira study notes that a single (token) woman director may be under greater pressure and so underperform. Catalyst found that "three or more may be the charm.")

I hope researchers at Catalyst and McKinsey will help us sort through all of this.

Will I still rely on the Base Case? Here is what I'll say about the business case for gender diversity: "Solid research by highly respected organizations, disputed by some, shows a correlation between gender diversity and results." Sound fair?

Can you help sort out what leads these studies to different results?