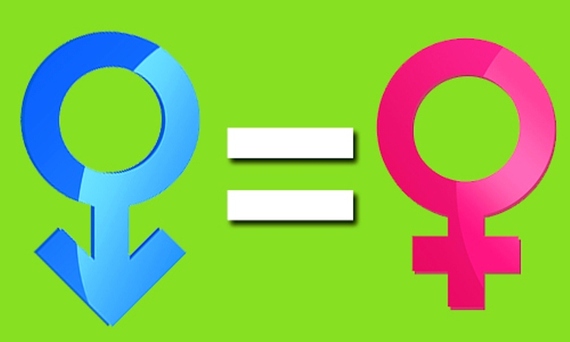 Brazil's success in reducing poverty and income inequality has been widely reported in recent years. What is less known is that there has also been progress in lessening gender inequality in the past two decades. Illiteracy rates for women 15 years old and above came down from 20.3 percent in 1991 to 9.8 percent in 2008. The share of the female labor force with tertiary education increased from 7.4 percent in 1992 to 11.9 percent in 2008, and now is higher than males. Government policies -- some of them implemented in cooperation with the private sector -- have also been addressing needs of mothers, providing health care before and during pregnancy and at birth, and child care and education. On gender-based violence, the enactment of the Maria da Penha Law has already brought some results.

Notwithstanding these milestones, a lot remains to be done. For instance, gender gaps in access to formal employment and market income still persist in Brazil. Even though there has been an increase in the share of women employed in the nonagricultural sector, their comparative advantage in education has not been reflected in relative market wages -- despite the average higher skill level of the female labor force. In 2008, women's wages were only 84 percent of men's, and the gap increases at higher levels of education. Among those with 12 or more years of schooling, women earned merely 58 percent of men's salaries. For the most part, the wage gap appears to reflect discriminatory practices and social norms. Brazilian women, even those working full time, continue to bear the brunt of time allocated to family chores.

In that regard, it is worth recalling how the World Bank's World Development Report 2012: Gender Equality and Development highlighted multiple channels through which economic growth and social welfare can benefit from lessened gender inequality. For example, think of the well-established evidence that babies tend to have more height and weight when women have more bargaining power over household income, with obvious consequences in terms of health and labor capacity of the adult population.

In the case of Brazil, Pierre-Richard Agénor and I have recently illustrated the impacts of lowering gender inequality on raising economic growth, developing a macroeconomic model with which one can simulate results from specific policies. Suppose for instance that the government successfully implements antidiscrimination laws that lead to a full elimination of gender bias against women in the workplace. Using Brazil's data, our model-based calculations suggest that an "equal work, equal pay" policy could add up to 0.2 percentage points to the country's annual gross domestic product (GDP) growth rate. This is just the direct effect of increases in women's "take-home" pay, not considering other effects on the allocation of talent and the production of human capital.

You may be surprised with the range of mechanisms through which lessening gender inequality can boost economic growth. Think of investments in infrastructure, so direly needed currently in Brazil. Many analysts have already pointed out several ways by which more and better infrastructure in Brazil would lift growth from its current pace, by reducing waste of time and resources on production and transportation. What may have been less realized is its effect on growth through... lower gender inequality! More and better access to rural roads, water, power grids, and others would reduce mothers' time allocated to household chores and raise time allocated to market work, human capital accumulation, and child rearing. The latter is also productive; it leads to improved health in both childhood and adulthood. Crucially, the increase in time devoted to human capital accumulation raises women's bargaining power, which translates into a higher family preference for girls' education and children's health, an increase in the average share of family income spent on children, and a lower preference for current consumption.

Again, using our model, we simulated the effects of a budget-neutral increase in government spending on infrastructure investment, from its current value of about 2.1 percent of GDP to 3.1 percent. Calculations suggest that this policy could add between 0.5 and 0.9 percentage points to Brazil's annual rate of output growth, once direct and indirect effects -- most notably through changes in women's time allocation and their bargaining power over family resources -- are accounted for.

One of the findings of a recent Symposium on Gender Inequality in Emerging Markets, at Green Templeton College, University of Oxford was:

Gender inequality is bad economics. It deprives national economies of women's talents. It reduces the productive potential of labor forces. It constrains consumption, diminishes tax yields and curtails the national and personal benefits of investment in female education by forcing women into professions and occupations that make less than full use of their skills and capabilities.

Our numerical experiments with Gender Equality and Economic Growth in Brazil corroborate that.

Follow the latest from Otaviano Canuto at twitter.com/OCanuto and keep up with the World Bank's efforts to help countries fight poverty and close gaps in income and opportunity at twitter.com/WBPoverty. For Economic Premise notes, go to worldbank.org/economicpremise.