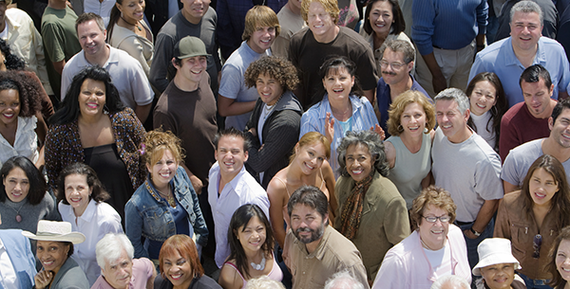 The first identity document most of us get is a birth certificate. At birth, the doctor looks at the external genitalia and labels a newborn male or female. This cursory survey controls whether an M or an F goes on the birth certificate. But really, we learn the baby's sex later. All human beings have a core knowledge of their own gender, also known as their gender identity.

Gender identity is deeply rooted, most likely has a strong biological or genetic etiology, and cannot be changed. It is the dominant component of a person's sex. Most people have a male or female gender identity that is aligned with the other components of sex typical of members of their sex, including chromosomes, hormones, and internal and external genitalia. For them, the practice of assigning sex, and then accruing a lifetime of identity documents based on the appearance of external genitalia, works out fine. But for transgender people, whose gender identity differs from the sex they were assigned, the assumption made at birth was incorrect. Many transgender people take steps to align their bodies with their gender identities, and to become socially and legally recognized as their true sex. Correcting the sex marker on identity documents is an important component of this process. 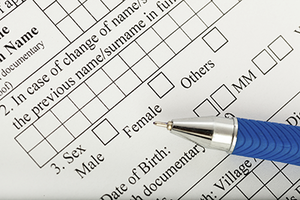 We are fortunate that in the past year several New York City and State agencies have reformed their policies for correcting the sex marker on identity documents they issue. The new standards are the result of years of advocacy by transgender people and organizations, including the Sylvia Rivera Law Project, Transgender Legal Defense and Education Fund, the Empire State Pride Agenda, the Audre Lorde Project, the New York Civil Liberties Union, and NYLAG. They replace policies that ignored the reality of transgender people's lives by refusing to recognize their sex unless they could provide proof of genital surgery. They will make it possible for many more transgender people to get identification with a sex marker that reflects who they are.

The standard for determining one letter on the face of an ID is absolutely worth our collective time and attention. The old New York birth certificate and benefit card standards meant that many transgender people were never able to have accurate documents. Requiring a transgender person's ID to reflect hir sex assigned at birth is not only inaccurate, it is often harmful. When transgender people are forced to present incorrect ID, they are subject to harassment, discrimination and accusations of fraud. A NYLAG client was denied care by emergency room staff who insisted, after seeing that one of her documents had a male gender marker, that she must be a man pretending to be a woman and would make other patients uncomfortable. Another client feared harassment and violence every time she used food stamps because, even though she is a woman, her benefit card says male. These are just two examples. A staggering 44% of transgender people have said they had been harassed, assaulted or asked to leave an establishment as a result of presenting identity documents with a sex designation that did not match who they are.

The New York State Department of Health will now correct the sex on an adult's birth certificate based on her doctor's affidavit that she has undergone "appropriate clinical treatment" for gender transition. The New York City Department of Health will accept certification that the requested "correction" is accurate "in keeping with contemporary expert standards regarding gender identity" from a variety of health professionals including physicians and licensed master social workers. When applying for a New York City Municipal ID (IDNYC), one can simply self-attest to the appropriate sex designation - male or female - or make no sex designation at all. In a similar vein, the Human Resources Administration removed the sex-designation entirely from the city's Common Benefit Identification Card.

These new policies are a step in the right direction. Among them, however, the IDNYC's is the model that other city and state agencies should adopt. The IDNYC policy respects transgender people's bodies and right to self-determination. It is also the best way for everyone to have an accurate sex marker on their identification. As noted, the modern scientific understanding is that gender identity is the determinative component of a person's sex. Having a male gender identity is what makes a man a man, and having a female gender identity is what makes a woman a woman. A transgender woman is a woman, full stop. Any medical or social steps she takes to be more typically female are not making her into a woman; they are aligning her body and appearance with the fact that she is a woman. By allowing New Yorkers simply to certify to the sex marker that corresponds to their gender identity, the IDNYC model makes correct identification possible from the start for men and women.

By contrast, policies that set the sex marker any other way create superfluous barriers for transgender people. Many standards rely on certification from a health care provider such as a physician, nurse practitioner or mental health care provider to make the correction. Obtaining such certification is burdensome and sometimes impossible. Many transgender people are forced to postpone necessary medical care due to cost or discrimination. 19 percent reported being refused medical care because of being transgender. A majority reported having had to educate their health care providers about transgender health care. In some cases correction is only possible with a court order acknowledging the person's gender. Not all courts will issue such an order. In jurisdictions that will, there are significant hurdles, including access to a competent attorney, monetary costs, and the indignity and loss of privacy experienced by having one's gender adjudicated. Furthermore, transgender people are disproportionately likely to be very low-income, navigating homelessness and unemployment, and facing devastating levels of discrimination.

Globally, there is precedent for recognizing transgender people's sex/gender based on their own certification. Since 2012, Argentina has allowed transgender people to change the sex designation on their birth certificates and national identity cards simply by making a sworn statement. In 2014, Denmark became the first European country to recognize transgender adults' sex/gender based on their own attestation when it amended the requirements for correcting one's gender in the country's social security system. In 2015, Malta adopted legislation allowing adults to self-determine their legal sex by making a sworn statement before a notary and prohibiting requests for medical information. Later in the year, Colombia approved a similar procedure for transgender people to correct the sex on their government-issued identity documents. Ireland's parliament has just sent an analogous bill to the president, who is expected to sign it. IDNYC, however, is the first government identification in the United States to look at the individual's statement rather than relying on third-party certification.

IDNYC's sex marker policy is a truly laudable policy. Simply allowing individuals to attest to their sex ensures accurate identification for transgender men and women. The option of having an ID without a sex designation means that people who do not fit into binary sex categories are not forced to choose between two inaccurate options. It's time for other jurisdictions to catch up to New York City and a rapidly growing list of countries in removing unnecessary barriers to obtaining accurate identification for transgender men women.

The views expressed in this article are the author's own, not those of the New York City Commission on Human Rights.