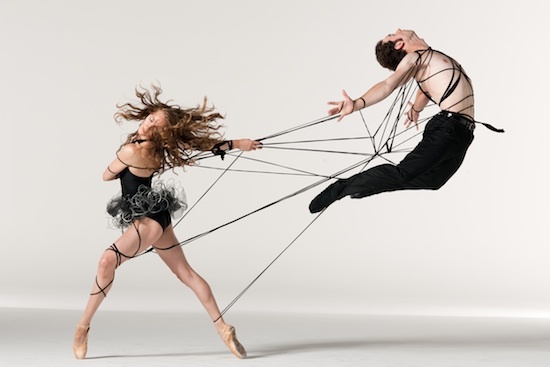 Gender inequality has long affected artists and the cultural sector, but at a first glance this may not seem so apparent. More women than men study fine art. There are large numbers of female actors, dancers, musicians, arts managers, producers and creatives on the whole. But, in big decision making roles, prize winning works, names hitting the largest stages and recognition, more often than not the winners are men.

On Tuesday 17 May 2Faced Dance Company ran The BENCH conference in direct response to serious concerns about the lack of equality currently faced by female choreographers within the contemporary dance sector. 2Faced have been running a UK-wide 3-year programme since 2015 to address this issue to train, mentor and develop around 18 of the UK's most promising female choreographers. 2Faced are planning to make the project international in a number of countries worldwide as gender inequality in dance is a global challenge.

I participated in the event to present my ideas, research and knowledge about this topic putting it in a wider socio-political context. With a history of working in the arts since 2001 in 3 continents and an MSc in Gender and International Relations I am uniquely placed to examine the topic from a wide perspective.

Some of my points included that culture, politics and power are interlinked, and culture is critical to inform and shape our values, attitudes, identity and nationhood. Popular culture may be used to influence, change public opinion, set trends and affect behaviour in both positive and negative ways. When there is no democratic choice to express creativity equally for all, this also means that there is no freedom of representation and hence populism becomes politically arranged. If female choreographers are not given an equal chance to present there work this is not just a problem for the contemporary dance sector, but for society as a whole that is already dominated by male hegemony, sexism and misogyny.

When discussing women's art, we cannot separate this from women's economic and social exclusion in a globalised world (Women, Art and Globalisation, Meskimmon and Rowe, 2013). Gender and culture are interdependent so there needs to be a change in both for gender equality. A 2013 survey by the East London Fawceb found that of 134 commercial galleries in London, which collectively represent 3163 artists, only 31% of the represented artists are women. Analysis of the 100 highest grossing auction performances of 2012 revealed there were no women on the list. While female fine-art graduates outnumber male, only six women have won the Turner Prize in 30 years (four in the last ten), with male nominees vastly outnumbering female.

When we look at dance all names dominated the stages in ballet are men; Matthew Bourne, Wayne McGregor, Liam Scartlett. It is rare for a woman to be commissioned for a main stage ballet at the Royal Opera House, and the majority of the associate artists at Sadler's Wells in London who are choreographers are men (Luke Jennings, The Guardian, 2013). This is not to say that work by women is no good or that they do not wish to work at such a large scale. In contemporary dance it is the same, women tend to present smaller shows and are less likely to be given developmental opportunities and the chance to choreograph for bigger stages raising their profile.

Whilst changes in leadership and policy making are important to allow for gender equality and opportunity, changes in attitude and society are also critical. In England we have the Arts Council's Creative Case initiative addressing diversity in access and opportunity to arts practice and presentation that includes gender equality. But for this to work there has to be opportunity for development and openings for women to have access to, and risks need to be taken by programmers and dancers. Do women need to change their attitudes and become more assertive and arrogant? Women should most definitely claim what they deserve and know what they want. But they really do need to be included in the conversations where key economic decisions are made as right now they are excluded. This is not just an issue for the dance sector but it is part of a wider feminist struggle related to social and political factors. The dance sector needs representation and quality choreographic work from all talented people regardless of sex. In the end the work must speak for itself and quality is key.