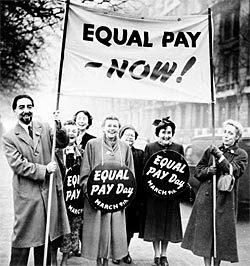 I'm sunbathing on a dock by a tranquil Connecticut lake. Two dragonflies alight six inches from my nose, entwined in what I assume is some sort of mating ritual. The male, a brilliant royal purple stick-pin, is mounted on top of a beige female, a Plain Jane peasant to his birthright king. In what is either foreplay or the real deal, I see that his derriere is sticking into her "whatever," as candidate Trump might say. In this case, her "whatever" seems to be the top of her head. There is no struggle. Suddenly, those big eyes on the sides of their heads catch me staring and they take off, enmeshed, to join the dragonfly "mile high club."

Quacking and flapping, some ducks are going at it over by the next dock. The perpetrator is a glistening emerald-headed mallard with a pristine pearl choker, setting upon a mousy old brown duck, also known in nature as...the female. Of course, the males get the looks because sexual selection is up to the female and she wants to choose the best looking, healthiest partner for the continued survival of her species. Apparently we human females didn't get that memo as we're the ones who ended up having to wear make-up, shave our legs and banish the frizz from our hair.

I open The New Yorker to a piece on students at Brooklyn's Urban Assembly of Math and Science for Young Women. They're members of a class about the fundamentals of organizing and protest and stationed themselves in Cadman Park Plaza with the goal of engaging passersby about issues of wage discrimination. Their initial plan was to protest sweetly by selling cupcakes - one dollar for men, 78 cents for women. Inspired, right? But they discovered that it's actually illegal to charge one gender more than another in New York State, so ended up giving them away and engaging their customers in thought-provoking conversation instead. Hopefully they saw the irony in the illegality of discriminatory cupcake pricing set against the 22%+ lower wages for women and seemingly unenforceable Equal Pay Act passed in, wait for it, 1963. Well, the thought was nice.

Joanne Lipman's enlightening Op-Ed in the New York Times does not place all the blame, if that's the word, on men. In fact, part of the problem is that even though women work harder, volunteer more, and take on more responsibility in the workplace, (thinking they have to do it all to succeed, and maybe they do), they fail when it comes to advocating for themselves.

Lipman explains that men are four times more likely to ask for a raise then women. And when women do ask, they ask for 30% less than men. If a female attorney misses out on making partner, she just places her nose back on the grindstone and prays that hard work will get her there next year. The man asks for a bonus to not leave. The woman is chastened; the man, emboldened.

I've always hated asking for raises. It's like asking your father for money (and yes, in most industries it's still usually a man you're asking). If they say no, you're not loved. I do remember one new boss from early in my career offering me a significant raise. I was so delighted that I never stopped to think what my male colleagues might be getting at the same level. I went from $40,000 to $60,000. I imagine they were getting $80,000.

But putting aside discrimination against women since fish first climbed from the sea, and how that's contributed to our difficulty to ask for what we deserve, what to do about endemic wage discrimination that is willfully carried out by companies? Lipman and others think that requiring transparency on compensation at all companies could redress this imbalance pretty handily. Aside from a monumental struggle to get it though Congress, imagine the jealousy, internecine battles and headaches for HR, even when payment is fair.

How nice it would be if, in the meantime, all bosses (male and female), give the deserving woman a raise, or a bonus, or maker her partner, even if she doesn't ask for it. Let's call it....affirmative action.

A welcome breeze moves across the lake and I turn over to get my back tan. I hear a scampering in the bushes. A squirrel, cheeks full of nuts, runs out and scampers up a tree. No doubt a female hard at work even on this beautiful summer day. 'Bet she'll have to cook those nuts, too.

Brand Innovator and Occasional Blogger on Various and Sundry