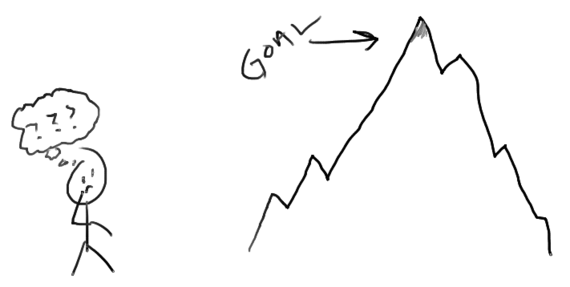 I read a lot on the issue of "gender equality." My mission is about helping leaders capture the documented benefits of gender diversity. I help leaders attack the reasons for the slow pace of achieving gender diversity (see my article on the London School of Economics Business Review). The issue is getting more and more attention. We are almost past the point of needing to talk about its business case.

I am more frequently seeing terms like "gender equity," "gender parity" and "gender balance." For example, the report by Lean In and McKinsey & Company, Women in the Workplace 2015, looked at the (tremendous) economic value of "gender parity." That report concluded that, if the (slow) rate of progress over the last three years, continues, it will take 25 years to reach "gender parity" at the senior VP level and more than 100 years to reach parity in the C-suite.

So, is "parity" (meaning an equal number of men and women) the right goal? Leadership gurus tell us that the goals that inspire people the most are measurable, time-bound and attainable. They must be currently out of reach - but realistic over the long term. (Even 25 years is very long-term; in 100 years most of us will not be alive to know the outcome.) In the 2010 census, women were 50.8% of the U.S. population. Is it realistic to think that, even within the next century, women will represent 50% of every level of business, including the C-suite? Is this an "attainable" goal? I don't think so.

I talk a lot about the barriers that keep women from the top. They include unconscious bias or "mind-sets" like the "double bind," gendered definitions of leadership and the "comfort principle." Even if we could magically eliminate all unconscious gender bias, other factors would make parity unlikely. Bias is a big reason women aren't proportionally represented at the top. But there are other key reasons.

First is the free choice to put family ahead of career. Second is how women don't "lean in." Third is distaste for what life is, or is perceived to be, at the top. The latter point is the focus of Arianna Huffington's book Thrive, in which she points out the toll on our health and well-being of our current ways of working. All of these do and will cause some women (and some men) to prefer life outside the C-suite.

The study The Power of Parity by McKinsey Global Institute points out the economic value of gender parity. But the study recognizes that parity may not be the right goal. The study shows three scenarios - (a) the "business-as-usual" scenario, which assumes only historical growth, (b) the "best-in-region" scenario, assuming that each county matches the gender parity results of the best performer in its region, and (c) the "full-potential scenario."

The executive summary of the report explains why the less ambitious scenario, scenario (b), is considered. It notes that the full-potential scenario is "unlikely to materialize within a decade" for two reasons. First, the "barriers hindering women" are unlikely to be fully addressed within that (very short) time frame. And second, "participation is ultimately a matter of personal choice."

I am not at all dis-heartened by my conclusion that full gender parity is unlikely in my life time. I respect the reasons people freely choose a path different from the path to the C-suite. But I remain committed to removing the other barriers - so that choice is truly free.

What do you think of the goal of "gender parity"?