Outrage continues to grow over the news that Chinese scientist He Jiankui claims to have used gene-editing technology called CRISPR-Cas9 to create embryos that he then transferred into a woman, resulting in the birth of twin girls.

His stated goal was to give these girls genetic immunity to HIV, but experts say that he unnecessarily put their lives in danger by using a tool that could cause unwanted and unforeseen alterations in other parts of their genetic code, in ways that could be passed down to the girls’ future descendants.

Word of his experiment spread just as the world’s top gene-editing scientists gathered, along with He, in Hong Kong for the second international summit on human gene editing, to discuss, among other things, the thorny ethical implications of the technology. A committee of more than a dozen of those scientists released a consensus statement condemning He’s “deeply disturbing” news. They also called for an independent review to assess exactly what he and his team had done.

The 2018 consensus statement also affirmed the summit’s initial stance, first published in 2015, that genetic editing on sperm, egg or embryo cells that go on to become pregnancies is still too risky to attempt and that there are too many unknowns.

CRISPR-Cas9 forms the basis of a tool used to make genetic alterations in DNA. It is not the world’s first gene-editing tool, but it is the cheapest, easiest, most accessible and most accurate one to date.

CRISPR-Cas9 itself is a component of the immune systems of bacteria. CRISPR stands for Clustered Regularly Interspaced Short Palindromic Repeats, which is a mouthful of a term scientists use to describe particular types of DNA sequences present in bacterial genomes. These sequences act as genetic memory banks that bacteria use to protect themselves from invaders like viruses.

The first time a virus invades a bacterium, the bacterium stores a snippet of the virus’s genome in its own and transcribes it into strands of RNA that will recognize the viral DNA if it invades again. In that case, those RNA strands direct special enzymes called CRISPR-assisted proteins (Cas) to the known DNA snippet in the invading virus. The enzyme goes to work to chop up the DNA, deactivating the threat.

Genetic scientists harness this seek-and-destroy mechanism to make targeted changes in DNA. MIT scientist Feng Zhang, who was integral in developing CRISPR-Cas9 applications for use in plant, animal and human cells, compares CRISPR-Cas9 to a tool that can find and replace typos in a Word document. First, CRISPR finds the mistake that needs to be fixed, and then the enzyme Cas9 cuts it out and replaces it with a new word.

To use CRISPR-Cas9 to edit a strand of DNA in a cell or animal, a scientist first creates a small circle of DNA that includes the genetic code for bacterial Cas9 and instructions for the cell to produce many copies of the enzyme. She inserts that circle of DNA, called an expression plasmid, into the cell, along with another plasmid loaded with information about the genetic sequence she wants the Cas9 protein to find in the genome. This second plasmid will be transcribed into strands of RNA, which will guide the Cas9 enzymes to the target gene in the cell’s DNA. Together, they find the targeted gene sequence and snip it out.

Depending on the scientist’s goals, she can either hope the cell takes it upon itself to repair the snipped DNA (leaving a double helix devoid of the targeted gene sequence), or she can inject a new strand of DNA that she wants the cell to use in place of the snipped DNA.

The uses for this genetic tool are practically limitless, said Josephine Johnston, director of research at The Hastings Center, a bioethics research institute.

“Its potential applications are gigantic,” said Johnston. “This is something that can be used in bacteria or fish or mosquitoes or farm animals or humans.”

Take wildlife conservation. Invading predator animals like rodents and possums have decimated New Zealand’s vibrant and diverse local bird species. Conservationists in that country are excited about the possibility of using CRISPR-Cas9 to introduce a genetic code into the rat population that would make it more difficult for them to reproduce, thereby driving down their numbers and giving the birds a chance to repopulate.

Public health researchers also wonder if they can use CRISPR-Cas9 to make it more difficult for mosquitoes to spread devastating diseases like malaria or Zika virus to human beings, either by making mosquitoes resistant to the disease itself or by simply altering their genetic code so that they stop reproducing altogether.

Genetic editing on sperm, egg or embryo cells, called germline editing, is what has the world’s scientists and governments most concerned about this technology. This is because any alterations in these cells’ genes will not only alter the DNA of that future person but the DNA of all of their future descendants, too. And because the technique is new, there’s no telling what unforeseen consequences this could mean for genetically altered babies and the societies they live in.

In an interview with Boston public radio station WBUR, CRISPR pioneer Zhang explained some of the potential health problems these twin babies may encounter because of their altered genes.

Zhang said that CRISPR-Cas9 has been observed to occasionally edit genes that weren’t the original target, so He may have altered more than he intended. There’s also the fact that genes may sometimes play several roles, and an alteration to create one effect may have an unintended consequence in those other roles.

For instance, the AP story that first broke He’s news notes that the gene he altered in the two embryos to make them resistant to HIV may also have made the children more prone to dying from the flu or getting West Nile virus.

Many worry that using CRISPR-Cas9 for germline editing will lead to so-called designer babies, engineered with what Johnston called “socially valuable traits” like IQ or athletic ability.

“There will be companies marketing those kinds of services in the future and it will be very difficult for prospective parents to navigate those offers,” she said. “So it’s super important to be talking about this now and trying to flesh out the arguments for and against enhancement purposes.”

Zhang called for a global moratorium on using the tool to create any more human embryos that will then be used in a pregnancy. The consensus statement is also clear that if scientists use CRISPR-Cas9 on human embryos, they shouldn’t then be transferred to a woman to establish a pregnancy like He did.

CRISPR-Cas9 has the potential to really cure some of these awful diseases that have plagued humanity for years. Debra Miller, Founder of CureDuchenne

As scary as its unintended consequences may be, if CRISPR-Cas9 research continues to the point where those kinds of safety issues are ironed out, Johnston believes that society will find it relatively easy to approve of gene editing techniques to cure serious diseases that have no other medical therapy. Indeed, most Americans already say that gene editing to cure or avoid a serious disease is an appropriate use of the tool.

The application that has most people excited is its potential use in people with rare and incurable genetic diseases. The hope: that CRISPR-Cas9 could be the key to a cure by simply editing out the origin of the problem.

Debra Miller, CEO of the organization CureDuchenne, started the investment group after her son was diagnosed with Duchenne, a kind of muscular dystrophy caused by a defect in the gene responsible for producing the protein dystrophin. Without dystrophin, muscles slowly waste away, becoming weaker and more fragile.

CureDuchenne has helped raise funding for research into the use of CRISPR-Cas9 to find the mutated gene and correct it. A paper on the use of this gene therapy in animals, published last October, found that this particular use of CRISPR-Cas9 restored dystrophin levels in the heart of one dog to 92 percent of normal levels.

This is significant because most people with Duchenne tend to die in their late teens or early 20s from either cardiac or respiratory failure. Miller’s son is 21.

“CRISPR-Cas9 has the potential to really cure some of these awful diseases that have plagued humanity for years,” Miller said.

Many cancers are genetically driven, and single-gene disorders like Huntington’s disease, fragile X syndrome and cystic fibrosis are either devastating or cause early death.

Miller, whose son’s life may depend on finding a gene therapy for Duchenne, fears that He’s experiment on the twin girls will spark a global backlash against all uses of CRISPR-Cas9.

“The concern for a lot of us who are in this position, who see a potential cure for our kids on the horizon, is that if someone messes up with CRISPR, it could affect all this good work that’s been going on for rare, fatal diseases,” she said. 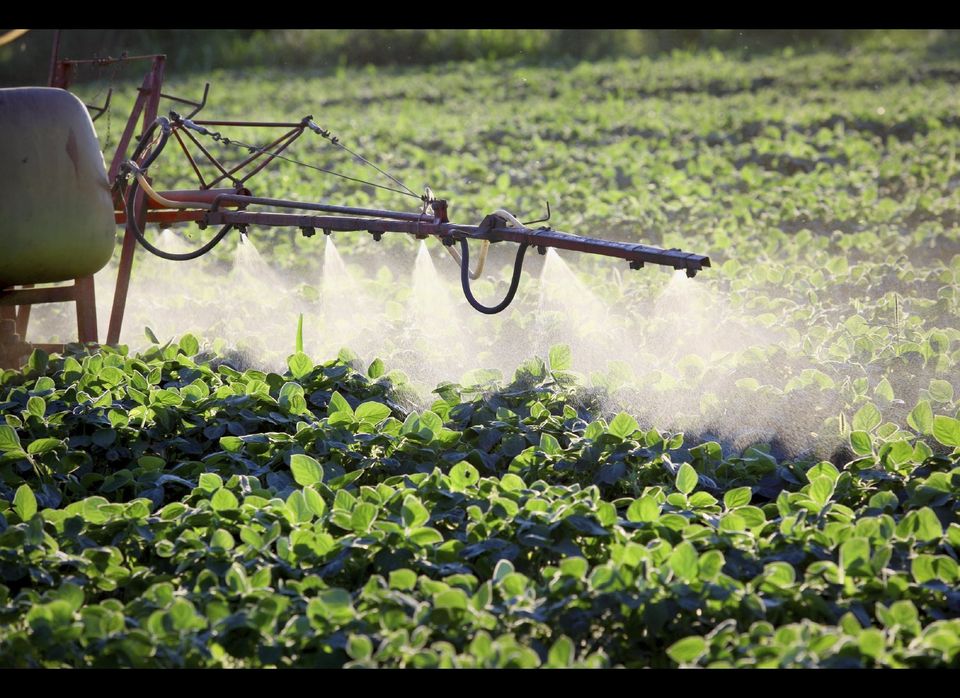 1 / 7
Genetic Engineering's Five Epic Fails
Despite claims from the likes of Monsanto and the biotech industry that GE crops are an environmental panacea and will feed the world, two decades after they first went on sale the evidence suggests that GE’s key golden promises are beginning to look more like epic failures…