Ethicists and medical experts in the U.S. say that the use of gene editing to make babies resistant to HIV infection is a step too far ― and could be a step back for genetic science.

News broke early Monday morning that Chinese scientist He Jiankui altered the genetic code of two embryos to make them resistant to HIV, and then transferred them to a woman who later gave birth to two girls ― twin sisters.

While his claims have yet to be verified, He says that one baby has two sets of the altered CCR5 gene, which he hopes will prevent HIV from being able to enter her cells if she were to ever come in contact with the virus. The other baby only appears to have one set of altered CCR5 genes, which may not protect her completely from HIV infection but may extend her life if she were to become infected.

While He is trying to present his findings as a boon for the HIV community, researchers and bioethicists in the U.S. say the announcement has left them baffled and concerned.

HIV researchers are interested in gene editing, but not the way He did it, said Paul Volberding, co-director of the University of California, San Francisco Gladstone Center for AIDS Research.

We don’t yet know the risks, and here healthy, uninfected people are being used. Paul Volberding, co-director of the University of California, San Francisco Gladstone Center for AIDS Research

“I’m very interested in ways that gene editing might be employed in attempting to cure HIV infection, but its use to prevent infection seems seriously misguided,” Volberding said. “HIV infection can easily be prevented with antiretroviral drugs.”

And given that treatments and therapies already exist to prevent HIV transmission from parent to child, he finds it “very troubling” that scientists would put these babies through these untested methods.

“We don’t yet know the risks, and here healthy, uninfected people are being used,” Volberding said.

Some of these risks include the yet-unknown consequences of permanently altering a gene, which would then get passed on to subsequent generations. For example, The Associated Press, which broke the story, notes that people with abnormal CCR5 genes are more prone to dying from the flu and contracting West Nile Virus.

Globally, the world’s scientists agree that while “germline” gene editing ― alterations in gamete cells or embryos that will be passed down to future generations ― may one day be a part of our society, it would be irresponsible to use it in human beings until techniques have been deemed safe and effective, and until there is a “broad societal consensus” about how it should be used.

These principles were outlined in the world’s first International Summit on Human Gene Editing, held in 2015, and they generally hew to other countries’ laws on gene editing. In the U.S., Congress banned the use of federal money for experiments in gene editing on human embryos, and the FDA is banned from approving clinical trials that involve the same.

Nita Farahany, a bioethicist and director of the Duke Initiative for Science & Society, says that she isn’t surprised to learn that a scientist has flouted global conventions to move forward with the gene editing of healthy embryos to create pregnancies and births.

However, she, like Volberding, is surprised that HIV is the first application for germline gene editing, given the therapies already available to suppress virus levels and help people live long, healthy lives.

“You would think the earliest application of CRISPR-cas9 for gene editing would be more fatal genetic variations,” Farahany said, referring to the tool that allows scientists to cut out sections of a genome and replace them with something else. “Things that cause great physical suffering or death in children,” like infantile Tay-Sachs, a severe disease that can cause an infant to eventually lose their sight, hearing, and ability to move before causing their death around ages 4 or 5 years old.

In addition to the medical redundancy of He’s experiment, experts also fear that his results might in fact perpetuate stigma against people with HIV, in a country where people already face severe consequences if others discover their HIV status.

Ann Mongoven, associate director of Healthcare Ethics at the Markkula Center for Applied Ethics at Santa Clara University, notes that the AP story that broke the news raises troubling questions about whether or not scientists leveraged HIV stigma to manipulate the parents into participating in the research.

The AP reports that of the seven couples who consented to do the experimental in vitro fertilization with He, all of the men had HIV, but they all had suppressed their levels of the virus with standard HIV medication. This suppression, combined with basic infection control measures like condom use throughout the pregnancy, would have prevented them from transmitting the virus to their partners and unborn children.

Still, the article says that they wanted to participate in what He called an “AIDS vaccine development” program to protect their future children from “a similar fate.” It is not a given that a child with an HIV-positive parent will one day contract the virus themselves.

“There’s a real question if whether the fear of AIDS and AIDS stigma became a way of recruiting parents into this research,” she said.

Mongoven is worried that once news of the twins spreads, it could feed misperception about how HIV is passed on in the first place. There are about a half-million people living with HIV in China.

Not The ‘Best First Case’

Bioethicist Arthur Caplan of New York University School of Medicine says that genetic engineering of human beings is inevitable, and that while there are fears that parents will create “designer babies” by prioritizing surface-level traits like eye color and height, scientists are primarily interested in the technology for disease prevention and treatment ― much like He’s experiment.

Eventually, he predicts, once gene editing becomes a reliable tool to help prevent disease and other undesirable traits, parents might actually be considered negligent if they chose not to use these tools.

“There are many cultures in the world, including the U.S., that are highly competitive, market-driven societies where individuals are looking for their children in particular to get an edge and advantage,” he said. “This idea that we’re not going to do gene editing when it gets close to enhancement or improvement, I find it silly and head-in-the-sand kind of stuff.”

Indeed, a recent Pew Survey of about 2,500 Americans finds that 72 percent think gene editing to treat a serious birth defect or disease is an appropriate use of the technology, while 60 percent say it’s also appropriate to use the technology to reduce the risk of a serious disease that could appear over the course of a lifetime.

But until gene editing become safe and standardized, experts are clear about where the boundaries are. The experts we spoke to are profoundly disappointed that He’s experiment was the first to demonstrate CRISPR-cas9’s potential to the world.

“It’s too bad that our first use of CRISPR use in humans is so far from the kinds of uses that most scientists would have made for a best first case,” Mongoven said. 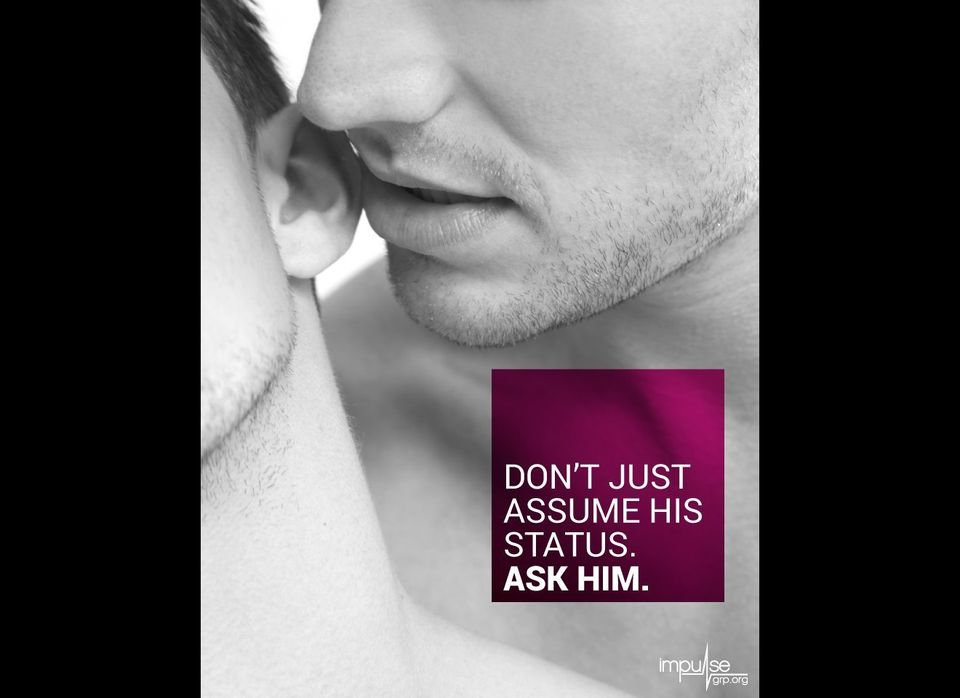 1 / 6
Don't Wait
It can be very hard to talk about HIV. This is especially true considering the stigma is misinformation connected to the disease. Communicate. Stop. And make sure in any case you are safe. Waiting until you are five minutes into the act of sex and asking is assuming an awful risk. Asking and truly knowing is key.