People are talking of this being as important in long-term impact as the moon landing. Others say it might be the biggest scientific breakthrough ever. The smell of a coming Nobel Prize hangs heavy in the air.

The excitement is about gene editing, a technology that is offering the prospect of re-writing bits of the human genome -- or any creature in the Earth's planetary genome. This week, those at the heart of this movement gathered to celebrate recent achievements and tackle difficult questions at a four-day Gene Editing Summit in Washington DC.

Since Dolly the sheep was cloned in 1996, cloning has become widely used, especially in agriculture. For $100,000, you can even have your pet cloned in South Korea. But many see cloning as a step too far in manipulating life. If you can clone a sheep, what's to stop anyone from cloning a human? Some say it's already possible to do so.

The largest cloning factory in the world, being built in Tianjin, China by the Boyalife Group, is aiming for one million cloned cows by 2020. You may soon have the option to eat cloned steak. Chief executive Xu Xiaochun claims that while the cloning of humans is feasible, the company is holding off "for fear of public reaction."

Outcry arose earlier this year when China used gene editing on human embryos. More recently, UK researchers have applied for a license to do the same. Animal gene editing is being used to create miniature pigs, cows without horns and hairier cashmere goats.

Gene-editing technology goes beyond "copying" life to the realm of rewriting it. There are different systems, but the most famous is CRISPR-CAS9, or CRISPR. CRISPR allows scientists to target, snip and re-insert DNA like performing a genomic "search and replace."

These scientists stand to become some of the wealthiest scientist-entrepreneurs in history, depending on the outcome of patent wars.

Whether you'd opt one day to own a gene-edited micropig is one thing, but taking the step to genetically alter your child is another. Would you like your future child to possess a specific genetic trait whether you possess it or not? Plastic surgery might eventually extend to the molecular domain, changing us from the inside out.

It is easiest to find support for rewriting genes to cure the most life-threatening and life-compromising genetic diseases. Doctors recently attempted to cure a one-year-old girl of her leukemia with gene editing after failing with all other potential therapies. Gene editing can even clip the HIV virus out of human cells in the laboratory.

Another fear about cloning is the accumulation of genetic errors and the death of a very high number of embryos compared to the small number that live. Gene editing can still be sloppy and error-prone, but CRISPR is good enough to make hopes higher for the future. 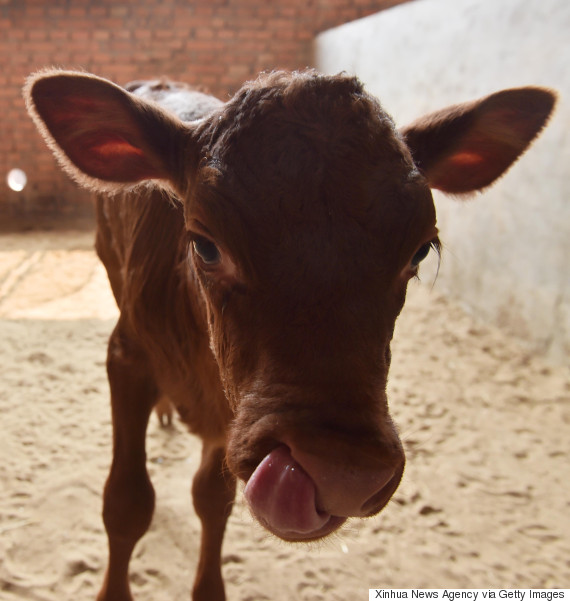 A cloned, genetically modified cow has given birth to this healthy calf at Beijing University of Agriculture, a crucial step toward producing domestic marbled beef. A gene was inserted into the calf's mother to increase muscle fat level.

One of the scientists leading the gene-editing phenomenon is Feng Zhang of MIT. On the first day of the summit, Zhang published a paper in one of the world's top journal detailing work to create an "upgraded CRISPR" that hones in on its target with far better accuracy. Improvements in the actual technology will certainly lessen some worries, but there is so much under the hood on this one.

DNA is living software -- an idea at the foundation of the explosive field of synthetic genomics. After we learn to read, we learn to write and science is taking those first tentative steps. The nature of the human genome means that many traits are too complex to be targeted now, or ever, with this approach as there are too many genes involved. There is also the issue that any one gene can have many functions. Even when we know what to edit, we might not understand the consequences of that editing.

Gene-editing pioneer, Zhang, who grew up in Iowa, tells of being riveted in his youth by the movie "Jurassic Park" in a molecular biology class. He grasped the potential to re-program life, being a programmer of computers himself. Today, he has filed the patent on CRISPR, in competition with Jennifer Doudna of Berkeley, who won the $3 million dollar 2015 Breakthrough Prize in Life Sciences with Emmanuelle Charpentier for developing the CRISPR toolkit.

Plastic surgery might eventually extend to the molecular domain, changing us from the inside out.

These scientists and their collaborators are not only making history. They stand to become some of the wealthiest scientist-entrepreneurs in history, depending on the outcome of patent wars and the founding of spin-off companies, like Doudna's Editas.

Dolly the sheep went onto to have lambs. With her mate, she bore a single lamb, then twins, then triplets. This is another concern; decisions made by one generation could impact the next if gene editing were used in humans.

Gene editing in wild populations of animals is also a concern. "Gene drive," a process that makes all offspring inherit a gene instead of the usual 50 percent, was used to show it was possible to spread an anti-malarial gene in mosquitoes. While such a technology could wipe out malaria and the use of pesticides like DDT to kill its insect vector, it also begs for boundaries on what's acceptable. Leading scientists working in the field, including genomic pioneer George Church of Harvard, responded with a public letter calling for best practices and regulations to be applied in such experiments.

Cloning is now almost a 20-year-old technology. Gene editing is just getting started -- but could one day have a far bigger impact. Some say this world summit is a necessary "town hall" approach to help lead towards a moratorium on certain types of research. Others say the meeting is a high profile way to garner social acceptance of the technology.

Gene editing has the potential to end untold suffering and open the doors to solutions humanity needs. Yet, there could also be unforeseen consequences, such as misuses based on eugenics. Just as with research that led to nuclear bombs, humanity must choose very carefully how to use and not use this God-like power. 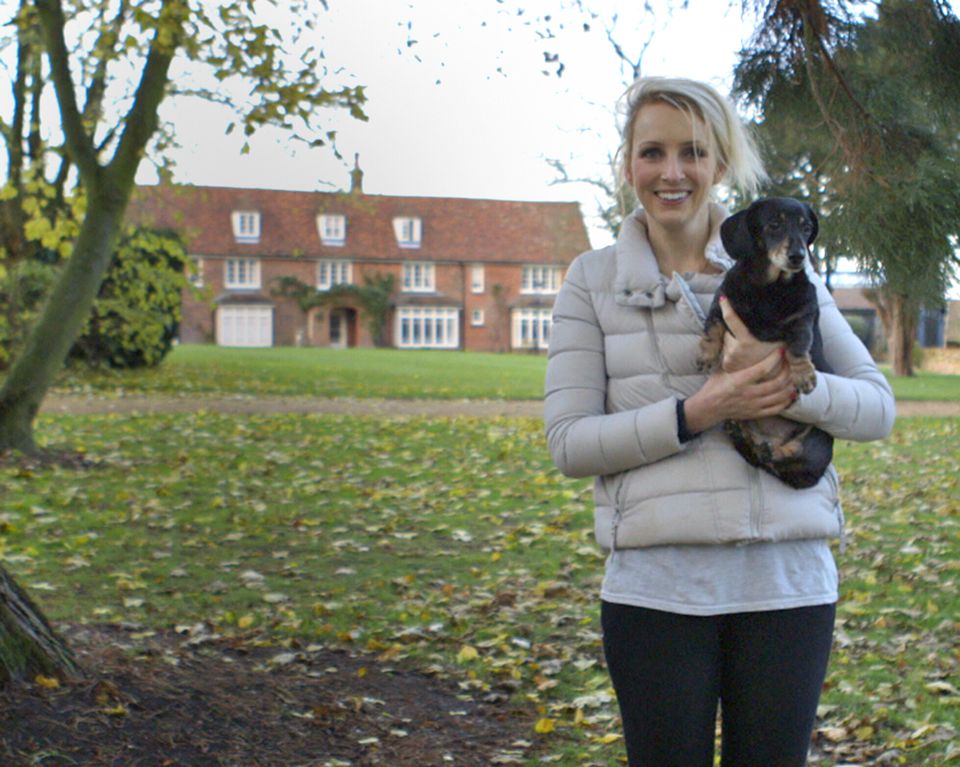 1 / 5
FIRST BRITISH CLONED PUPPY BORN
Britain's first cloned dog has been born after a test tube procedure, a television programme will reveal. The tiny dachshund puppy, weighing just over 1lb (454g), was born in Seoul, South Korea, at the end of last month following a competition advertised in the UK offering the procedure free of charge.