The news that Google StreetView recently started to film a 30-mile segment of the Rio Negro's tributary is a mixed blessing. On one hand, Google's popular new technology will allow millions of armchair travelers to witness the natural beauty and native culture of the Amazon basin -- from Manaus to Terra Preta -- without ruining it with excessive tourism. On the other hand, one more area of unspoiled land comes into closer contact with the creeping force of civilization.

Think about how the following impact local environments:

With our planet's surface being ravaged for profit, a curious new documentary examines the toll civilization has taken on topography.

General Orders No. 9 is one of those films which defies categorization: a documentary that often seems to be posing as a nostalgic meditation. Written, directed, and produced by Robert Persons, it has been described by the filmmaker as "one last trip down the rabbit hole before it's paved over." 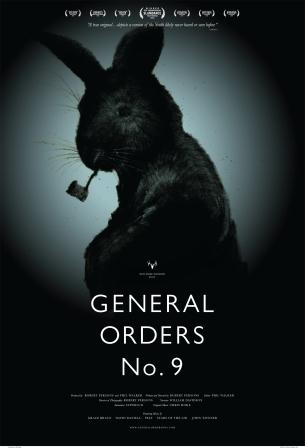 Poster art for General Orders No. 9

Persons grew up in the American South when much of it was still rural (people still referred to Atlanta and "the rest of Georgia"). Using a combination of historical maps and poetry, he shows how what was once a deer trail became an Indian trail and eventually evolved into a county road that invited further civilization. As he explores the historical transformation of Georgia with computer generated graphics, he notes the symmetry of land development, stating that: 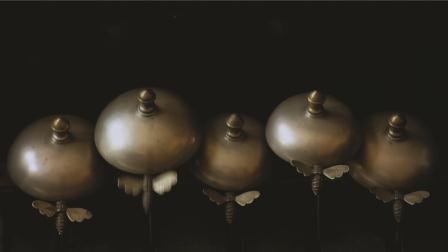 A collection of antique bells seen in General Orders No. 9

Filmed throughout Georgia with a beautiful, original musical score by Chris Hoke, many moments in General Orders No. 9 evoke memories of Godfrey Reggio's 1982 documentary/tone poem, Koyaanisqatsi. As one revels in the film's stunning shots of antiques, landscapes, highways and architecture, one understands the filmmaker's genuine sense of grieving for the way progress has taken over and transformed the area's natural landscape with congested cities and urban blight ("The Interstate does not serve. It possesses"). 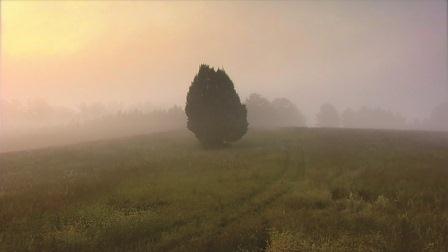 A landscape shot from General Orders No. 9

Having never gone to film school, Persons took a very different approach to creating General Orders No. 9. As he explains:

Cosmology is an image of the world that exhibits a pattern of meaning, and has a center. It's a primitive, Old World way of looking at things. Now we know there is no center. We don't even know where the center of the universe is. So I started studying this kind of map called a Mappa mundi, which is a very old style of map that had all the topographic features of a map but also included the elements of the cosmology. These mapmakers were trying to create an accurate map on geographical terms, but they also imposed their metaphysical or spiritual beliefs on it too. These people were unclear about where was heaven, where was hell, where was the Holy Land? They would also include what the mapmaker himself was preoccupied by.

Sometimes when you're excited about something you can exude a degree of charisma. I was trying to present a cosmology. I wrote this essay that pitched the vision of what I wanted and talked about the various influences that inspired it. I just stood there and talked off the top of my head. I was mostly working with people who did a lot of commercial work, both in video and motion graphics. They were excited to work on something that was purely creative. They were excited to work on an art project.

Persons spent more than 11 years collecting and editing images for General Orders No. 9. Bittersweet images of lost chapters in American history fill the screen as the film's narrator intones, "You are not a witness to the ruin, you are the ruin to be witnessed." At 72 minutes in length, General Orders No. 9 is such a visually rich and spiritually fulfilling documentary that viewers may find themselves wishing for more. Here's the trailer: