I note with admiration your courage in making clear your private concerns about the safety of the US military and the longterm danger to US national security caused by the President's stubborn refusal to acknowledge the quagmire in Iraq.

Though you are Chairman of the Joint Chiefs of Staff and the President's principal military advisor - President Bush has shown his disdain for your honesty and wisdom. Though you are a decorated Vietnam war hero - who has served his nation honorably for four decades - the President is dispensing with your services. You have one month left in your position before you are tossed out by the President.

President Bush is going to ignore your advice. Just as he has ignored the advice of other Generals who have had the courage to respectfully point out how terribly wrong he is in respect of the Iraq War and the safety of the US military he is sworn to protect. Highly-decorated colleagues of yours such as General Anthony Zinni (Commander in Chief of U.S. Central Command), General Eric Shinseki (Chief of Staff of the U.S. Army) and General John Abizaid (Commander of the U.S. Central Command).

General Pace - you have the power to fulfill your responsibility to protect the troops under your command. Indeed you have an obligation to do so.

You can relieve the President of his command.

Not of his Presidency. But of his military role as Commander-In-Chief.

You simply invoke the Uniform Code Of Military Justice.

"Though not specifically mentioned in this chapter, all disorders and neglects to the prejudice of good order and discipline in the armed forces, all conduct of a nature to bring discredit upon the armed forces, and crimes and offenses not capital, of which persons subject to this chapter may be guilty, shall be taken cognizance of by a general, special, or summary court-martial, according to the nature and degree of the offense, and shall be punished at the discretion of that court."Article 133 reads:

"Any commissioned officer, cadet, or midshipman who is convicted of conduct unbecoming an officer and a gentleman shall be punished as a court-martial may direct."

A gentleman is understood to have a duty to avoid dishonest acts, displays of indecency, lawlessness, dealing unfairly, indecorum, injustice, or acts of cruelty.

To be crystal clear - I am NOT advocating or inciting you to undertake any illegal act, insurrection, mutiny, putsch or military coup. You are an honorable patriotic man.

I am NOT advocating or inciting you to interfere with any of the civilian duties of the President. That would not be a legal action by you.

However you have the legal responsibility - under Article 134 of the Uniform Code Of Military Justice - to protect the troops under your command by relieving the President of his MILITARY command.

If you have reason to believe that the President is responsible for "disorders and neglects to the prejudice of good order and discipline in the armed forces" and for "conduct of a nature to bring discredit upon the armed forces, and crimes and offenses not capital" then you have the obligation to act.

In addition to relieving him of his command as Commander-In-Chief, you also have authority to place the President under MILITARY arrest.

Article 7 of the Uniform Code Of Military Justice specifically says:(b) Any person authorized under regulations governing the armed forces to apprehend persons subject to this Code may do so upon reasonable belief that an offense has been committed and that the person apprehended committed it.

I understand that it would not be an action to undertake lightly.

In all your 39 years of service you have shown total loyalty to the chain of command.

However, given the current imperilment of US troops, and the "Conduct Unbecoming Of An Officer And A Gentleman" of this President - you have a greater responsibility to your nation, your code of honor and to the US Constitution.

I wish you well as you prepare to undertake the most heroic action of your distinguished career.

General Pace - please save the US. 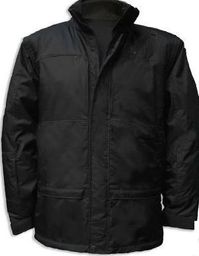