This week Huffington Post will highlight the personal stories of young people in five different countries trying to find work during the worst unemployment crisis in generations. In Europe, according to recent figures from the OECD, by January "more than one active youth in three were unemployed in Italy, Portugal and Slovak Republic, and more than one in two in Greece and Spain." The outlook is grim for U.S. youth as well, where youth unemployment hovers at 7.7%; and even in Canada, which has weathered through the global economic crisis better than others, many young people are finding their degrees aren't worth much when up against hundreds of other applicants for a single position. Today's focus is on Canada. To read the other stories in the series, go here for Spain and here for the UK.

Returning to Canada in the autumn of 2011, after completing my master's degree abroad, I had high hopes of starting a career. Fluent in German, with international experience, educated in Canada and Germany, and with plenty of practical work experience, I was hopeful that I could get my foot in the door somewhere. Anywhere.

Though I pondered the possibility of continuing my education in a PhD program, with student debts exceeding $50,000, that option seemed unrealistic. Not to say I didn't apply -- I did: in Europe, where students are paid to do a doctorate and tuition doesn't exist. With jobs being scarce everywhere, and with only a minimal number of spots in a program (10 per year in some cases), I didn't get in. Besides, I had been warned by nearly all of my colleagues who have completed a PhD in the arts not to waste my time. For all the time and energy I would spend, I would be in no better position to get hired than I am right now.

Rather than remain in Germany, I came home to Toronto after my MA. I thought my best chances of starting a career would be where I had more connections and where I was more familiar with the system, with the working environment etc. I began my search by applying for jobs which required a master's degree. Mostly, I applied to research positions in government institutions, universities, charities, hospitals -- anything that fit my education level and administrative and teaching work experience. I went through friends in high places, made calls and volunteered, hoping to network.

The competition was staggering. After submitting applications, I sometimes received emails asking to please not contact the organization unless they contacted me. With 300+ applications for one position, they couldn't possibly respond to everyone's questions. Needless to say, I very quickly lowered my standards. I applied for non-paid internships at NGOs and began looking for jobs in the local area near my mother's house in Whitby. I contacted hiring agencies. I spent time with the folks at the YMCA. I applied for reception work at small offices, part-time, anything. I even added my resume to the Starbucks roster all over Toronto and Durham, thinking it could at least get me through until I could find something better. "Get rid of your education on your resume!" my friends implored. "You'll never get hired anywhere if they know you have a masters degree!" While I saw the logic in this argument, I just couldn't do it.

After seven months, I never had a single interview.

Finally, I gave up and left the country. I returned to Germany, and got a full time job in an international kindergarten within two weeks of starting the job hunt. I don't make a lot of money, but it allows me to make my OSAP payments every month. I feel very cheated after my experience of returning to Canada. If you study hard, if you apply yourself, you will succeed. Don't worry about borrowing the money, once you have your education, it will all pay off and those debts will quickly disappear. That's what we were told upon entering university.

Granted, I certainly would have fared better if I had studied something like engineering, medicine or perhaps business. Something necessary for the continuation of a smoothly running society. Instead, I studied history. Then again, we were taught that history and the arts are also integral components of a smoothly running society. Today, that no longer seems to be the case. At least not in the eyes of those who are doing the hiring.

Searching for a job is never easy, and you need determination as well as persistence. But if there are others out there who have had similar experiences as I have, and I think there are many, then we are looking at Canadians with ruined lives. Canadians who will never get out of debt, who will never comfortably be able to establish a family and who will forever feel cheated by the promises made to them and their complete inability to support themselves. I, for one, only hope that the situation is taken seriously and that the real reasons behind unemployment levels for young people are explored to the fullest. After all, one day I'd like to return to my own country, but the way things are going, it won't happen anytime soon.

CANADA: 'Hide Your Education if You Want a Job!'
The Canadian Millennial: Survey Says 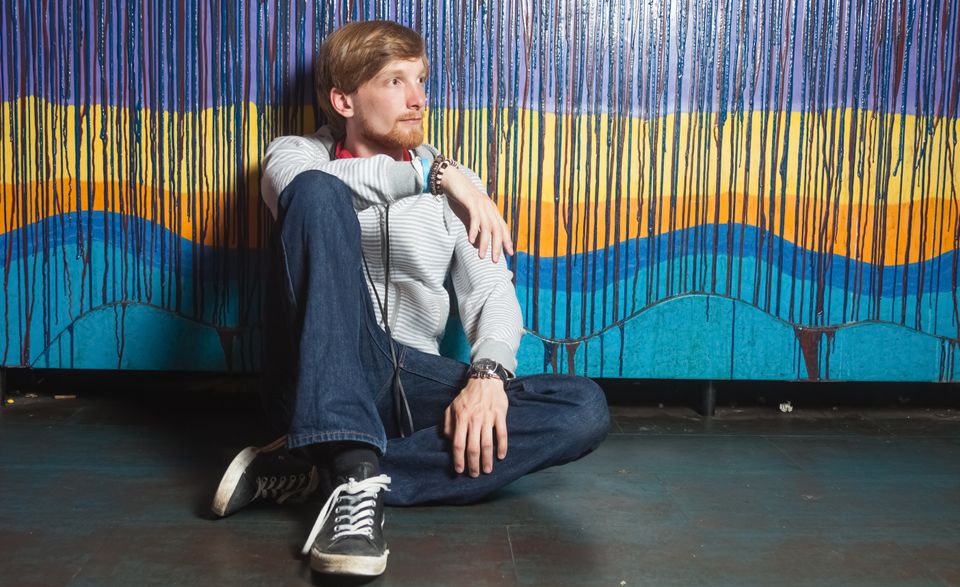 1 / 37
Think you know your generation?
The Huffington Post Canada and Abacus Data surveyed 1,004 Canadian millennials from across the country on a variety of issues. Here's what we found:
Shutterstock