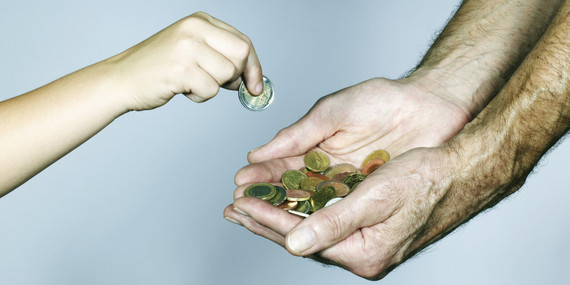 Buddhism is often associated with meditation, pacifism, and deep Zen quotes. But one aspect of Buddhism that is often overlooked, especially in the West, is the concept of generosity. In fact, despite the popular stereotypes of Buddhism being all about peace and mindfulness, generosity is actually a very crucial part of Buddhism.

The Buddha describes the three central practices of Buddhism as Dana, Sila and Bhavana, or generosity, morality, and meditation. In addition, the development of the Ten Parami (Six Paramita in Mahayana Buddhism), or perfections, is considered crucial for the eventual attainment of Nirvana, generosity being one of them.

So what is taught about generosity, or Dana, in Buddhism?

Like many of the teachings of the Buddha, the practice of generosity in Buddhism is largely entwined with the mind. Far more important than the gift being given is the intention and state of mind when giving. The Buddha describes giving something as if throwing it away, even if valuable, as fruitless. While throwing away something as worthless as leftovers with the benevolent thought of feeding small insects and animals as still beneficial.

Of course, feeding insects isn't the core of Buddhist generosity or you would be seeing Buddhists just leaving out food all the time. While feeding leftovers still counts, it is obviously considered to be a greater act of generosity to give something you may actually use, and it is typically better to give to a person rather than an insect.

There are many factors that are taken into account regarding the act of giving in Buddhism. In order to understand how to practice generosity to the highest extent, it's good to take a look at what the Buddha had to say regarding the ideal factors of giving. 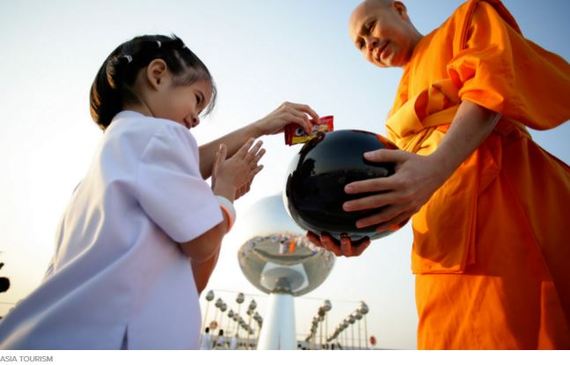 According to the Buddha, the ideal conditions of giving are to give a pure gift, with pure intentions to a pure recipient. A pure gift would be giving a gift that is proper: meaning proper for the time, person, circumstance, etc. and is earned by honest means. To give with pure intentions means to give with compassion, conviction, attentively, and without negatively affecting others. A pure recipient would be a virtuous person who would be worthy of a gift.

Another factor of giving the Buddha mentions is the state of mind when giving, namely, feeling joyous before, during, and after the act of giving. While it is useful to know these points in order to know how to practice generosity to the fullest, all of these factors don't need to be met to be considered an act of generosity. One should still give even when the ideal conditions cannot be met.

Being generous in Buddhism doesn't just cover the obvious: charity, alms, donations, etc. but also includes a variety of seemingly plain acts one wouldn't normally consider an act of giving. Even something like putting in extra effort to make a customer happy at your day job or selling a product to someone with the thought that they would legitimately benefit from it are considered acts of generosity. It really is the thought that counts.

The Benefits of Giving

The Buddha explains that there are many benefits of giving, both in the here and now, such as being loved by others, as well as in the future. The most iconic future benefit that can be realized from giving in Buddhism involves the Buddhist concept of Karma. Buddhists believe that what is given is not lost, but is actually returned to the giver in the form of karmic rewards, most notably, wealth.

The karmic rewards of giving are considered to be a more preliminary reason for the practice, but nonetheless its benefits shouldn't be overlooked. While gaining wealth doesn't sound stereotypically Buddhist, wealth does indeed have its uses in Buddhism.

The Buddha himself describes numerous benefits from having wealth, and Buddhism itself grew to global prominence thanks largely to the patronage of numerous wealthy benefactors such as Anathapindika, King Bimbisara, and Emperor Ashoka. Such patronage is even more important when you consider the fact that the Buddhist clergy relies solely on the gifts of others to sustain themselves. 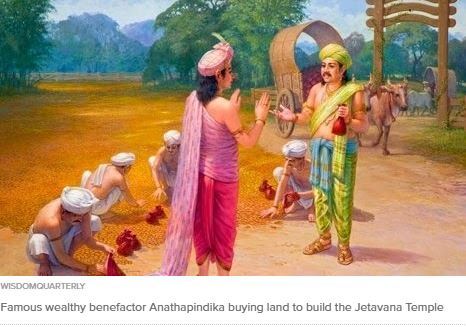 While the Buddha points out that once one attains Nirvana, the karmic benefits of giving are no longer relevant; they are still quite significant prior to spiritual liberation.

The Buddha himself, born a prince, abandoned his wealth to pursue the spiritual life. While many would point to the abandonment of his luxurious life as a sign of eschewing wealth, it was actually because of his wealth that he was able to go forth at all. Prince Siddhartha was more than just a prince who had it all; he was also a loving husband and father. It was because of his status as a wealthy prince that he was able to leave his home in the first place, without having to worry about his family's well-being.

I, myself, would not have been able to write this if I was so poor that I had to spend all my time working to get by, or if I was not well off enough to afford a computer.

Buddhism is known for its emphasis on letting go of desire and craving, so obviously there is more to giving in Buddhism than just karmic rewards. As mentioned above, what's most important when giving in Buddhism is the intention, and although it is still technically good to give with the intention of gaining worldly karmic rewards, it is not ideal. 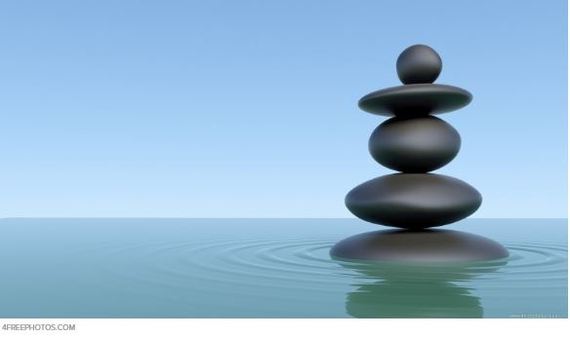 More important than the karmic benefits of giving are the benefits giving has on the mind. In order to further one's spiritual practice in Buddhism it is necessary to train the mind to abandon numerous obstructions, or fetters.

In Buddhism, practicing generosity is believed to help train the mind in a way conducive to attaining enlightenment. Giving serves as a way to eliminate one's greed and ill-will. By giving away what is valuable, you reduce attachment by letting them go. By using your possessions or time to benefit another, you develop altruism towards others. Giving helps to rid your mind of the defilements by conditioning the mind to let go of attachments and extinguish ill-will.

However, generosity alone cannot eliminate all of the fetters of the mind and therefore cannot alone lead to enlightenment. Regardless, it is still an extremely valuable practice to help you progress. Not only does generosity get rid of mental obstacles to enlightenment for the giver, it gets rid of financial worry for the recipient in the here as well as for the giver in the hereafter.

Generosity for the Benefit of Others

It's hard to discuss generosity without discussing helping others. Generosity is more than a practice for personal development, it is a universal concept that every one of us has benefitted from. Everybody alive today is alive thanks to the generosity of somebody else. Whether it is one's parents, foster parents, or another kind of guardian, every human in the world had relied on somebody else's generosity to survive until they were capable of caring for themselves.

The most obvious benefit of giving is the benefit it has on others. While there are factors one can take into account to make the act of giving more pure, one thing that is universal about any act of giving is that it helps another. Whether it is building a hospital or temple, providing a meal, or just showing kindness, giving serves as a way to alleviate the suffering of others by freeing them from hunger, stress, worry, etc.

The ultimate example of generosity can be seen in the Buddha himself. According to Buddhist belief, becoming a Buddha requires much more than developing oneself until one's mind is free from the fetters, it requires perfecting oneself to the highest extent. 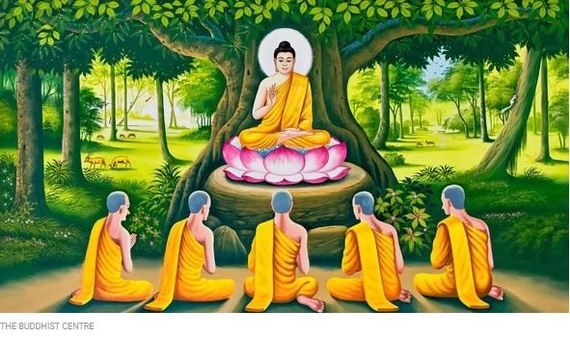 Buddhists believe that the would-be Buddha, or bodhisattva, gave far more than what he could have possibly have gained in return over the course of countless lives. Out of his supreme generosity, he gave his fullest effort and devotion, and sacrificed far greater over the aeons than what was necessary to attain Nirvana so that he could become a fully self-enlightened Buddha and give others the gift of the Dhamma.

Despite the golden standard set by the Buddha, one shouldn't go around ranking the different benefits of giving. Giving benefits the mind by ridding it of greed and ill-will, and all giving serves to benefit others. Meanwhile the karmic benefits of giving allows one to pursue spiritual progress easier as well as makes it easier to benefit others. It's hard to meditate when you're starving and it's hard to help others if you have nothing. Each benefit of giving has its own use, and no benefit is the best benefit.