Ever since E.L. James's runaway hit 50 Shades of Grey made talking about wrist restraints, spreader bars, and floggers de rigueur in food court conversation across America, we've all been feeling good about how liberated our nation is becoming about sex. Unless you are Anthony Weiner, in which case we would love to stop talking about your relentless sexting. Except that everyone is still going to talk about it because we love the taboo of it.

While sex and religion both are less taboo and now acceptable for dinner conversation, imagine a book that would cause a chorus of indignant gasps during the main course if Jerry Falwell was alive to read it, or if Pat Robertson ever bothered to pick up a book. Genesis Deflowered, a new book that smashes sex and religion together in a unique way, fits that description nicely -- or naughtily, in this case.

Genesis Deflowered by Matthew Stillman takes the King James Bible's version of Genesis, written in Elizabethan English in 1611, and expands certain verses to turn it into what could only be described as "Biblerotica." But Mr. Stillman hasn't taken the easy way out and just added whips and a dungeon to the Garden of Eden; he has actually added text written in that hyper-stylized Elizabethan (all right, pedants -- technically Jacobean) voice.

Take for example this section from Noah and the Ark:

And as the mountains were covered by the waters, so the wives did cover their husband; and the husbands were covered by their wives. In fear they did retreat to the heat of their thighs, so that they might live upon the ark. Emzara did entreat Noah to haven in her breast; and he did haven there. Sedeqetelebab did pray for strength in the staff of Shem; and she did find her heart there. Naeltamauk did find her might in her mouth; and Ham did worship the LORD there. Adataneses and Japheth did creep in the night; and they did eat of each other's secrets to rise up against their fears. And in finding the fruit of the garden every day did God bless them those who were to survive the terrible flood.

This isn't your common drug-store bodice-ripper. Genesis Deflowered succeeds on a number of levels -- it truly does respect the classic text in form and structure, and Mr. Stillman's additions don't feel out of place and make us think about sex and religion in a new way. Atheists are bound to love it as a thumb in the eye to Christians. And there are probably enough naughty Christians out there who want to read about Abraham's cuckolding kink or how exactly Sodom and Gomorrah got destroyed. Feminists may cheer that unnamed women are now named and actually decide to start a sexual encounter where they never had before.

Certainly, traditionalists might balk at the whole concept of the book, but let's not pretend that the original Genesis 4:19 doesn't raise an eyebrow. "And Lamech took unto him two wives: the name of the one was Adah, and the name of the other Zillah." After a few generations of the sons of Cain each partnering with a single wife, Lamech all of a sudden has two wives that he "took unto him" and then it's on to Lamech's sons. Genesis Deflowered does its part to fill in the blanks in regards to this occurrence, but in a way that is sex-positive, respecting both the characters involved and the source text.

If the title of Genesis Deflowered already has you tut-tutting, it may be worth your time to read it through and see if Mr. Stillman's interpretation is as lurid as you've imagined. The Bible is an old book, but surely not as old as human sexuality. The time seems ripe for this version of the origin of man: one that doesn't ignore our baser nature, and instead, treats it like basic nature. 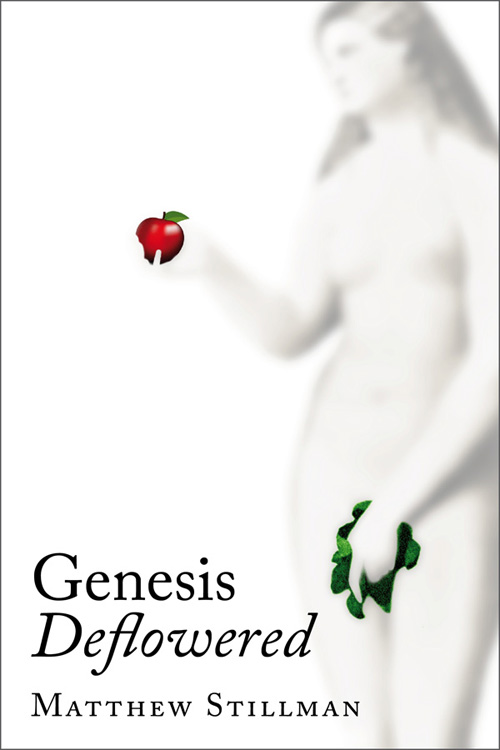 Genesis Deflowered is available now on Amazon and Smashwords.