"I feel traumatized by the Holocaust, even though I wasn't born when it happened" declared "Judith," a forty-something therapist from Brooklyn in a stress-management class I was teaching.

I take the experiences of my clients at face value, whether or not they make sense to me. Both of Judith's parents had survived the Holocaust, and even though she was born a decade later, she trembled visibly as she talked about it. Her fears were obviously very real and very troubling to her, though I could not understand how she could be so deeply affected by an event that had not touched her personally.

Now, a new study by Rachel Yehuda, a researcher from Mount Sinai hospital renowned for her previous work on the stress hormone levels of people with posttraumatic stress disorder (PTSD), provides genetic clues to these intergenerational influences.

It shows that the genetic imprints of traumatic experiences can be passed from one generation to another epigenetically (epi="above," as in above the level of the genes). 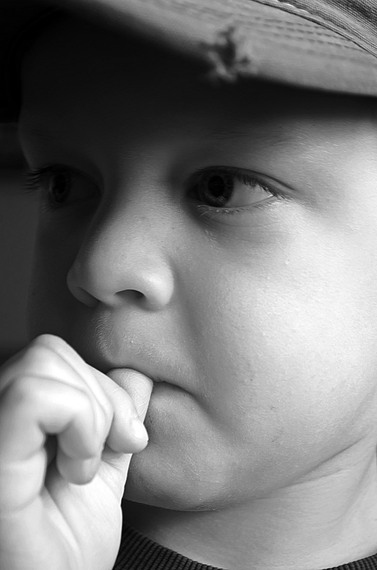 Yehuda and her team examined 32 Holocaust survivors. These were Jewish men and women who had either experienced or witnessed torture, had been in hiding, or had been imprisoned in a Nazi concentration camp.

By analyzing the genes of their children and comparing the results to those of Jewish families who were not living in Europe at the time of WWII, they were able to identify genetic changes could only be attributed to their parents' experiences in the Holocaust.

Up till very recently, scientists thought that only changes in genes themselves could be passed from generation to generation. Even though genes are regularly turned on by epigenetic influences from the environment--think of the genes that code for adrenaline being expressed in response to a near-accident while driving on the freeway--there has been no plausible way to explain how such changes could be passed to subsequent generations.

Traumatic experiences produce molecular tags that attach to certain genes, shutting them off. One study of the brains of schizophrenics found that the genes that dampen stress--while still present and fully functional in their brains--were silenced by such molecular tagging. This resulted in a state of unrelenting psychological stress.

Recent studies show that certain of these epigenetic tags can be passed from parent to child. Studies of mothers with major depressive disorder, for instance, find that their daughters and even their granddaughters are more likely to suffer from depression. 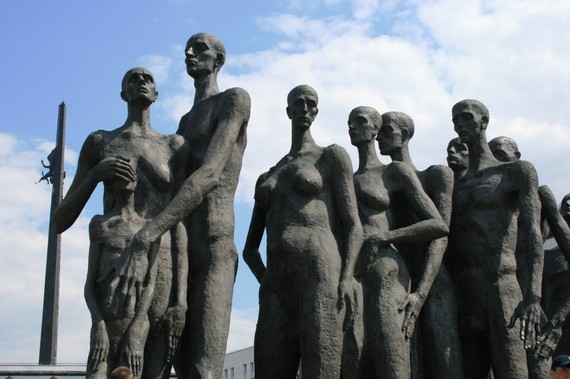 The researchers in the Holocaust study looked at one region of a gene known to be affected by trauma, and which is involved in the regulation of stress hormones like adrenaline and cortisol. Epigenetic tags were found in Holocaust survivors and their children, but not in any of the control group or their children. Further genetic analysis ruled out the effects of trauma that the children might have suffered independently.

Switching this gene on and off directly affects our ability to cope with stress by altering the quantity of stress hormones being synthesized by our bodies. "To our knowledge, this provides the first demonstration of transmission of pre-conception stress effects resulting in epigenetic changes in both the exposed parents and their offspring in humans," said Rachel Yehuda, leader of the team, whose work was published in the prestigious journal Biological Psychiatry.

The impact of the Holocaust on subsequent generations has been the subject of investigation for years. Scientists assumed that generational changes could be transmitted only via regular genetic inheritance or the social influence of the parents on the child.

This study makes it clear that epigenetic tags can be passed from one generation to the other. Yehuda said that this presents researchers with "an opportunity to learn a lot of important things about how we adapt to our environment and how we might pass on environmental resilience."

Recent research at Cambridge University found that some tags are still present following fertilization of an egg by sperm. While genes are obviously transmitted during reproduction, how tags that are unique to a parent's traumatic experience can influence the genetic information of their children remains a mystery.

It has already been shown in animal studies that fears may be inherited by future generations. At Emory University in Atlanta, mice were trained to be scared of the smell of cherry blossom by being given an electric shock at the same time they exposed to the scent.

The offspring of these mice were also scared of the smell, despite never having encountered it before, and so were their offspring. However the offspring of mice that had been trained to be fearful of a different smell, or that had not been trained at all, showed no fear of the cherry blossom smell.

The sperm from the fearful mice had different epigenetic tags on the gene that controlled the brain's smell receptors, and their offspring had more smell receptors for cherry blossom in their brains.

With each new research finding, it becomes apparent how strong the effects of traumatic experiences can be in both brain and body. PTSD changes the brain in measurable ways, reducing the volume of the areas responsible for memory and learning, while upgrading the neural circuits dedicated to carrying the signals of stress.

The next frontier of research is to determine if it's possible to remove those epigenetic tags. Several promising new psychotherapeutic techniques, as well as pilot studies of animals exposed to safe environments after being traumatized, suggest that the tagging may be reversible. If this turns out to be the case, successful therapy can produce resilience not just in the person receiving it, but future generations as well.

More:
geneticshealthy livingptsdtraumaChildren
Newsletter Sign Up
The essential guide to taking care of your mind and body
Subscribe to HuffPost’s wellness email
Successfully Subscribed!
Wellness delivered to your inbox