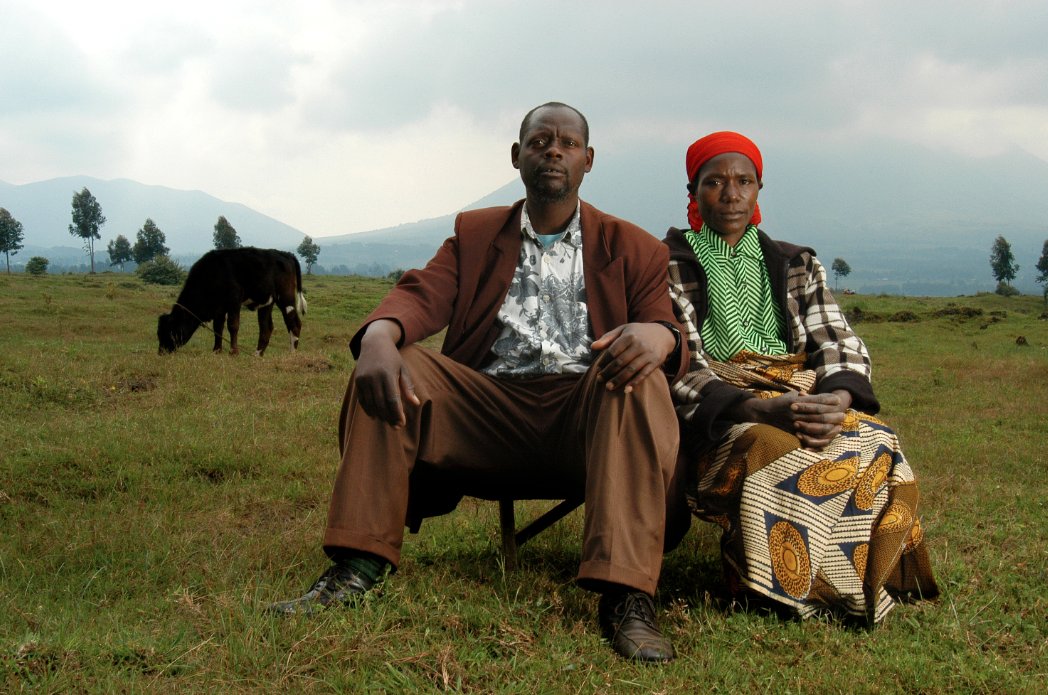 In 1994, Rwanburindi Enoch and his wife were a relatively prosperous Hutu couple, living a quiet and fulfilling life in their village in Rwanda.

But within the span of a few traumatic weeks, Enoch's country was rocked by a genocide so swift and brutal that almost 20 percent of its population was eventually wiped out by militants.

Over the course of approximately 100 days, about 800,000 Tutsis and moderate Hutus were murdered in Rwanda. With ethnic tensions and fear of persecution running high, many Hutus either adopted the Hutu Power ideology or turned a blind eye to the violence around them.

But Enoch and his family refused to partake in the violence. Instead, he invited several Tutsis -- all of them severely injured -- to stay at his home.

When his small house got too full, he built another home on his property for them to take shelter.

"Many times the local authorities forced me to appear before the burgomaster and every time it happened my family would lose all hope of seeing me again," Enoch said. "My neighbors rushed to advise me to evict the refugees from my home as soon as possible but I told them, 'I know that the only relationship between them and me is that we pray in the same congregation but I cannot chase God’s people from my house.'"

Leora Kahn, an activist and executive director of PROOF: Media for Social Justice, said that when she met Enoch, she was blown away by the depth of his courage.

"People were killing Tutsis all around him and he chose not to do that. The dignity in this man and his wife -- it's pretty extraordinary," she told the Huffington Post, adding that when the civil war ended, Enoch -- branded a traitor by his community -- lost everything.

Enoch's powerful story of bravery is one of 21 stories of ordinary heroes and 'rescuers' from genocides in Rwanda, Bosnia, Cambodia and Europe in an exhibition curated by Kahn and organized by PROOF that opened at the Jewish Holocaust Centre in Melbourne, Australia, this week.

From a woman who risked her life to shelter Jewish children during the Holocaust, to a Cambodian soldier who helped hundreds escape the Khmer Rouge by creating a safe passage to Vietnam, the exhibition -- titled 'Rescuers: Picturing Moral Courage' celebrates the bravery of these everyday heroes who stepped up despite the staggering odds stacked against them.

Each hailing from the 'enemy' camp, Kahn said that these ordinary citizens highlight the good that can be found in people even in times of trauma and violence.

"The people we interviewed are people like you and me -- they're just regular people. They're farmers, taxi cab drivers, workers, fathers, mothers -- and that's very important. You don't have to be a diplomat, or have a lot of money. Anyone can be an upstander," said Kahn.

For more photographs and stories of these heroic rescuers, click through this slide show:


All photos and information related to the exhibition was provided by PROOF: Media for Social Justice. For more information about the exhibit, which will be returning to the US in a few months, visit the organization's website here.