It's been a long time since I read a whole book in one day. I just couldn't let go of Mannen från Harem (The Man from Harem) by Swedish journalist Emanuel Sidea. For years he has followed Saif, a young Sunni Muslim and former philosophy student from the small town of Harem near Aleppo in northern Syria. The reason why I mention "Sunni" is that it's emphasized, everyone interviewed in the book being a Sunni, and it also provides an explanation for the conflict between Shiites/Alawites and Sunnis. The book provides a unique insight into the smuggling of Sunni terrorists from virtually all over the world to Syria. They call themselves jihadis (holy warriors).

Over the last few weeks I have been reading up on the concept of genocide, the UN declaration, the International Criminal Court, the situation in Syria and Iraq and historical comparisons. For instance, I have read about the Holocaust. The German award-winning film Im Labyrinth des Schweigens (Labyrinth of Lies) is about the first Nazi trials. In the late 50s the young German prosecutor Johann Radmann encountered victims of the Shoah, the genocide on Jews. He was until then unaware of the extent of the atrocities during World War II, nor did he know that many Nazis at that time held high positions in the new German Government. In Im Labyrinth des Schweigens that was released in 2014, we follow Radmann's struggle to get the perpetrators prosecuted and convicted of their crimes.

The film is about the after play. By chance, the young prosecutor finds out that a schoolteacher was a Nazi and a brutal guard at the Auschwitz concentration camp. According to Radmann the teacher should be brought to justice, but a great deal of his colleagues and bosses disagree. Too many Germans would have to be prosecuted. They would rather that the Holocaust is forgotten. 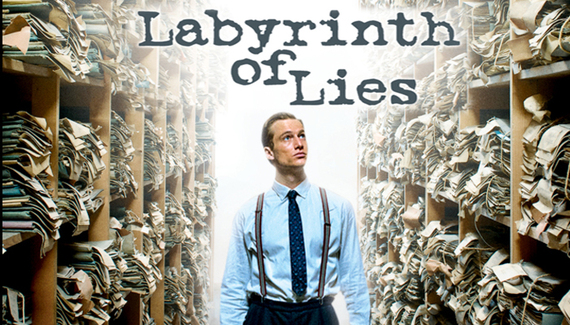 In the UN report They came to destroy us, released in June 2016, the latest years atrocities against Yazidis are investigated. The UN concludes that there is an on-going genocide and the authors of the report demand that the perpetrators are brought to the ICC.

At the time of writing this piece there is also a pending investigation of the ethno-religious cleansing of the Assyrians/Syriacs/Chaldeans and other Christians in Iraq and Syria. Is this genocide? And if so, who should be held accountable and how should they be punished? The European Parliament, the U.S. Government, the House of Commons and others such bodies have come to the conclusion that there is genocide and wish to act accordingly. Here, in the Huffingtonpost on August 8, I suggest what Sweden's foreign minister Margot Wallström should do to be remembered as one of those who took action to stop genocide.

As I close Sidea's book I am furious. I try to get rid of the emotion, but I just can't. I am angry about the fact that Saif considers himself a victim and has come to Germany to seek asylum. He wants to start a business and "live a normal life". He is by his own admission, guilty of having smuggled approximately 500 terrorists to Syria, most of them men, and earned big money from it. Saif is involved in the genocide, he does not have the right to asylum, he will have to be brought to justice and punished. Just like everyone else who has come to Europe and is guilty of war crimes, crimes against humanity and genocide. Mannen från Harem is indeed an important document of the war in Syria, but I had hoped that the genocide of non-Sunni would get more coverage in it.