"What are the moral implications of genome editing?" is the question that has been posed by the Nuffield Council on Bioethics regarding the new CRISPR-Cas9 mediated germ-line genome editing technique, which allows targeted modification of DNA sequences at the level of the germ-line, i.e. gametes (eggs and sperm).

This is the wrong question to ask. 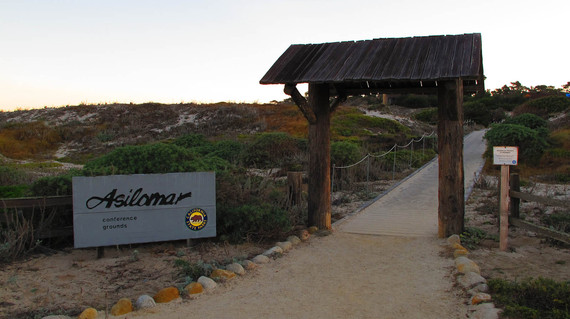 Photo by Ed Bierman, used under the Creative Commons Attribution

To be fair, the Nuffield Council is the leading independent deliberative body promoting policy recommendations in the UK on bioethical issues since 1991. The UK government has incorporated the recommendations of its reports in many decisions, including the recent report on ethics of prevention of mitochondrial DNA disorders, and its work on novel neurotechnologies has also served as model by the US Presidential Bioethical Commission for the report on Gray Matters: Integrative Approach for Neuroscience, Ethics & Society.

But I think that a change of direction would be helpful for the Nuffield Council in its early stages of work on gene editing.

Scientists have been calling for a "voluntary moratorium" to pause and reflect on the technique of germ-line gene editing "until more research is done." References to the 1975 Asilomar (CA) conference as an exemplar of good and responsible scientific practice are ubiquitous. (For example, see the recent blog post by Stanford legal scholar and bioethicist Hank Greely.) Some of the actors calling for a moratorium today are even the same actors from that conference, like Paul Berg and David Baltimore.

But was Asilomar really that exemplary of good and responsible scientific practice? Although it has gained a memorable, almost mythical, status in the eye of scientists, forty years of science and technology studies have put that into question (see here and here). It was not so much scientific responsibility that played a major role in Asilomar, but it was the aim of keeping the regulation of biotechnology within the professional boundaries of science to avoid external regulation and to avoid asking tougher questions about science in society.

Scientists called a voluntary moratorium on gene recombinant techniques (rRNA) and convened the Asilomar conference to discuss the risks inherent in recombinant techniques. Then they decided to assign different levels of risks to different techniques (devising ways to 'contain' these techniques entrenched in laboratory safety practices), and hence to lift the moratorium. The public and society were comforted. But no questions were asked as to why we had the technology (rRNA then, CRISPR-Cas9 gene editing today) in the first place. The only questions asked were downstream 'how' questions related to how to use the technology. No questions as to why society invested massively in the technology in the first place were asked.

The focus of the meeting was limited to epidemiological risks and laboratory safety issues. This narrow focus contributed to the marginalization of further issues, such as the ethical and commercial impacts of rDNA technology on the environment, how to allocate scarce resources, what values went into the evaluative judgments that prioritise one technology at the expense of another.

Hence, "ethical, legal and social implication" (ELSI) research has generally focused - and continues to focus - on "impacts", "benefits" and "consequences", "promises" and "fears". We can see this kind of rhetoric reenacted in the call for an "Asilomar 2015" meeting today (for an example, see Antonio Regalado's article on MIT Technology review), and in the widespread praise that such a call has been receiving from multiple angles. But this kind of ELSI rhetoric in Bioethics is neither inevitable nor necessary, nor, for that matter, desirable.

It is, to say the least, a bit disheartening that we seem not to have made any progress when it comes to governing science in 40 years, and that we refer to Asilomar as the exemplar of practice of governing science.

The emergence CRISPR-Cas9 mediated genome editing offers us the opportunity to reflect on where we want our priorities to be. In our society we have severe issues of huge social inequalities on a global scale, and have to deal with the catastrophic consequences of climate change (take, for example, the current drought in California, one of the most severe in history), and with the resurgence of diseases that we thought we had eliminated, such as tuberculosis.

Instead of delegating decisions on CRISPR-Cas9 mediated genome editing to another Asilomar-like conference, we need to start discussing seriously where we as a society want to put our priorities. This is why we need to engage in discussions about the moral values intrinsic in the evaluative judgment of a technology.

Bioethics needs to be self-reflective to discuss the role of biotechnology in society and of allocation of scarce resources, through democratic participation in decision-making. We need to start imagining the future we would want for ourselves, for our kids and for our planet, and to do so we need to ask tougher questions: Why do we want gene editing in the first place? Who are the actors at play in shaping gene editing technologies? What is the bioeconomy of gene editing technology? Where do we want our priorities to be? Such discussions cannot be relegated to the authority of scientific experts, but need to engage all citizens, as we all have a stake in imagining the technological futures of our society.