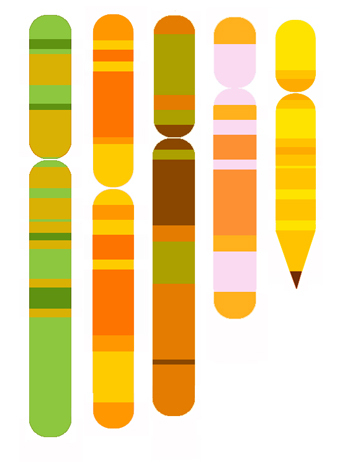 After reading a comprehensive report on their own personal genome, consumers reported knowing less about genetics than they did before.

Wait, what? How could that be?

We'll get there. First, a little background.

You've heard of people getting a genetic test for a specific condition -- parents-to-be seeing whether they are carriers for inherited conditions like Tay-Sachs disease, or women with a family history of breast or ovarian cancer (Angelina Jolie, most famously) testing for BRCA mutations. Personal genomic testing goes much further than that. Instead of looking for one or a few specific genetic markers, the test results include a huge array of genetic variants which may range from the simple and trivial (can I curl my tongue?) to the complex and serious (do I have an elevated risk of heart disease?).

Personal genomic tests might be ordered through a health care professional -- but not necessarily. There's also direct-to-consumer (DTC) personal genomic testing, in which the consumer places an order with a private company, sends in a sample of their DNA (a bit of saliva or blood), and receives their results directly from the company. In this model, the consumer never has to talk to a doctor -- it's all over the counter, so to speak.

Several companies started offering these at-home tests about a decade ago, and they have been under quite a bit of scrutiny ever since. The FDA has been slow to grant approval of DTC genomic tests for health purposes, and some states have effectively banned them. Many of the recurring concerns revolve around how consumers deal with the test results. How will they know what to do with all of this information? What if they misinterpret their results? What if they find out something they didn't want to know? Do they really know what they're getting themselves into when they order one of these tests?

These concerns are probably less important for consumers who already have a solid understanding of genetics and genetic testing. They also seem less important when, rather than a consumer ordering and interpreting the test results on their own, the tests are being ordered through a doctor or genetic counselor who can sit down with the patient and discuss the whole process. But even for someone who doesn't have much confidence in their genetic literacy, couldn't the experience of getting a DTC test -- with or without a doctor's involvement -- be an opportunity to gain a better understanding of genetics, and become a more empowered patient and consumer?

We decided to look into it.

As part of the ongoing Impact of Personal Genomics Study (PGen), new customers of DTC genomic testing companies agreed to complete surveys about their experiences. Among other things, we asked them to rate their own understanding of genetics and genetic testing, marking how strongly they agreed with statements like "I am able to understand information about how genes can affect my health" and "I have a good idea about how my own genetic makeup might affect my risk for disease." They answered twice: first before receiving their test results, and again six months after reading their results.

Which brings us to the plot twist. After receiving their direct-to-consumer genomic test results, the participants as a whole were quite a bit less confident in their understanding of genetics. In fact, it wasn't even close. For all but one of the statements, the number of respondents who lowered their estimation of their own knowledge was double the number who raised it.

How could more information result in participants knowing less? Well, first, a crucial distinction: These results don't actually mean that participants know less than they did before, only that they have lower confidence in how much they know. But even so, wouldn't you expect someone who just went through the whole process of personal genomic testing to come out with more confidence in their knowledge of genetics? What's going on here?

One explanation could be that the process fell short somewhere, leaving some of the participants confused or disillusioned. Perhaps the testing companies used too much technical jargon or otherwise presented the results in an unclear or misleading way. Perhaps some consumers felt overwhelmed by having so much information dumped on them all at once. Or perhaps participants generally understood their results, but needed more guidance about how to act on that information.

But there is another possible explanation. It may simply be that after going through the whole process of personal genomic testing, many participants realized that they had overestimated their own knowledge of genetics and underestimated the complexity of genetic risk assessment. In other words, before getting their genomic test results, they didn't know how much they didn't know. In that case, feeling less confident after receiving their results and learning more about the complexities of genetics seems like an entirely appropriate response.

So, let's ask again: Do consumers ordering DTC genomic tests know what they're getting themselves into? We can't really say -- this study was the first of its kind, after all. But it does leave us with some new ways of thinking about that question. And one answer may be: "No, but that's okay."

With contributions from Sam Anderson.