A few cold hard facts of demographics: There are more women than men to start with and they live longer. The result is that for a lot of women, sailing through older age is going to be a solo act. Or actually, maybe not.

Cruise ships have gotten wise to the fact that single women passengers will have a better time if they meet someone on board who dances with them into the wee hours, brings lively conversation to the dinner table and in general makes sure they don't feel alone at sea on a Noah's ark full of paired-off couples. After all, the "Love Boat" wasn't about reading a book alone in your cabin every night, was it?

Enter the Gentlemen Host™ Program, a placement agency operated through Compass Speakers and Entertainment Inc., that hires unmarried men ages 40 to 68 for the express purpose of entertaining the ladies on 11 cruise ships. No hanky-panky is allowed, not even a smooch good night. But women have been known to have such a good time that they inquire whether a particular host will be on-board a ship before they book a second cruise.

Hosts pay $30 a day for the duration of the cruise and share a cabin with another host. The hosts enjoy all the ship's services but are expected to fulfill their jobs as part of the entertainment staff. Their at-sea days are spent partnering up with women during dance classes and joining them during cocktail hours. They generally host a dinner table of eight -- usually a group of women traveling alone or with a woman friend -- where their jobs are to make sure no one is left out of the conversation. After dinner, you can find them in one of the ship's lounges, dancing with the unattached women until the music stops playing. On shore days, their option is to go off on their own or represent the cruise line on one of the group tours.

According to Alan Benedict, 58 and a Gentlemen Host™ for 20 years, the rules of conduct are clear. The men dress "in uniform" -- either a tuxedo or a blue blazer at all times (replete with name tags/badges) and no jeans are ever worn, even on shore excursions. They never dance with a woman who is traveling with a male companion/husband without express permission from him. And, says Benedict, they don't focus on the younger women on board. "We are here for the 50+ women," he said. Hosts also make sure that all the women understand that their role is to circulate and not pair off with just one.

So, no hanky-panky, really? "Really," says Benedict, acknowledging that it's a question he gets a lot. Benedict says the life of a Gentlemen Host™ is not without romantic overtures from the women he meets onboard, but they are trained how to divert them without hurting anyone's feelings. To do otherwise "would cost me my job and I happen to love my job!" he says. He does know of a few former hosts who met women on board who, after the cruise ended, connected and wound up getting married, he said. "But nothing has ever gone on while they were on the ship."

Benedict's travels have taken him to all seven continents and he speaks gushingly of the many enjoyable moments he has had cruising as a host. He works on three to five cruises a year. By day, he's an independent insurance broker who simply loves to dance and socialize.

At home, he regularly does volunteer work in the community just because "I really like to be around people and do what I can to help them have a better day." Like the other 399 hosts in the program, Benedict was chosen for his social skills as well as how mean a rug he can cut on the dance floor.

His job description, he says, "is to make sure everyone has a good time. Period." What's been the single most-challenging moment of the past 20 years of hosting? "I guess that would be when I was the dinner host for a bereavement group," he said. "But honestly? I think I helped bring a little joy into their lives just by being there."

So, which gentleman host would you most like to cruise with?

CORRECTION: An earlier version of this post said gentlemen hosts were placed on 65 cruise ships. It is 11. 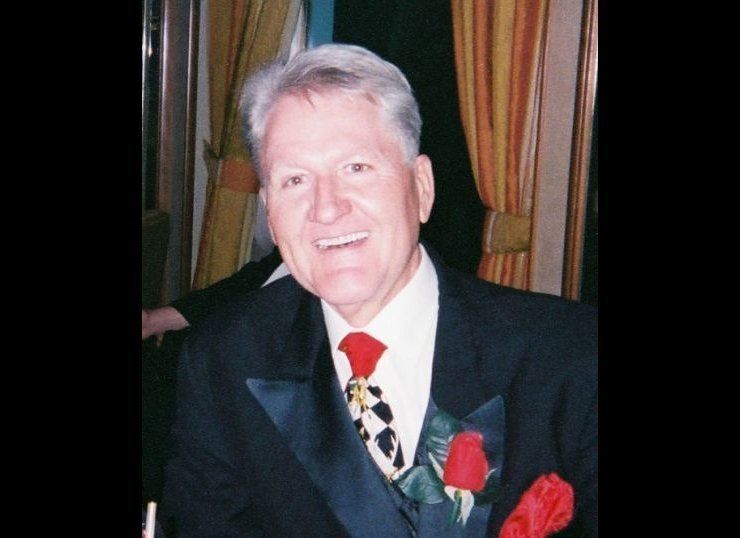