"It's like you did everything right and then something bad just happens to you."

Out of the mouth of babes ... a 10 year-old Brooklyn summer camper summed up the fears of residents of transitional neighborhoods on NPR's "Marketplace" recently. The fear that, despite working hard and being a good citizen, your 8' x 10' area rug can be pulled from beneath your feet, and displace you from your home of generations because "pilgrims" have priced you out of your own neighborhood. The fear that "gentrify sounds like generic." The fear that new neighbors will not be so neighborly. 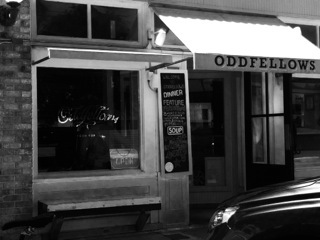 Of course gentrification is old news and has been going on for decades. In New York, stratospheric Manhattan real-estate prices have prompted young families, professionals and creatives to seep into Harlem and the outer boroughs. Add to that the Obama-era renewal of America's urban areas and steady migration from 'burbs back to cities, and the cultural and economic clashes between the old-timers, who are typically browner and less well-off, and their new neighbors continue to rage.

Though Brooklyn and Oakland dominate headlines, gentrification is even spreading to areas that not so long ago seemed unimaginable. Like my native neighborhood of Oak Cliff in Dallas, Texas. For the hipsters frequenting the hotspots profiled in last weekend's New York Times and in other Times posts, Oak Cliff is a micro-Austin. But for folks who have been there for generations, Oak Cliff's new status as a destination makes our heads spin. Because Dallas is not Austin. Dallas was staunchly conservative before Dixiecrats became conservative, and for decades its racial divides were rigid and deep-seeded. No matter how nice Oak Cliff was (and it has always been much nicer than its reputation), it was too diverse for those who felt safer behind the walls of gated communities and restrictive covenants. 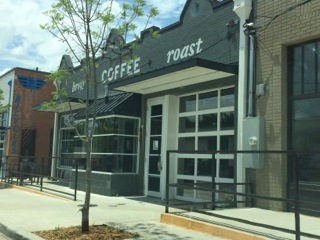 I write a lot about the gentrification of Oak Cliff and Dallas' positive transformations. I actually welcome the pilgrims. They are bringing jobs and vitality to the community. Public transportation and parklands are expanding, and city services are improving. I don't have to travel for a decent cup of coffee. I can enjoy a nice glass of wine at a restaurant (Oak Cliff was "dry" until recently) along with a farm-to-table gourmet meal. So far the gentrification has enhanced rather than consumed the neighborhood. But what about the future? Can urban planners and pilgrims avoid the mistakes of the past, and can this wave of gentrification mature into something that benefits and includes both the old and new elements of society? An ethical gentrification that takes into account the history, character and people of the neighborhood being transformed.

Sunday's Times profile of my native 'hood was long on bookstores and brewpubs, but short on accuracy about the history of Oak Cliff. Though well intentioned, the article was filled with stereotypes and clichés and didn't provide much hope that even progressives have learned any lessons from past mistakes. The Times chalked up decades-long neglect of Oak Cliff to the taint of the JFK assassination, ignoring white flight, economic downturns and the City's tattered racial history. They reduced the neighborhood's well-educated Black and brown professionals and working people to thugs and criminals. To call Oak Cliff "fringe" and "one of Dallas' worst neighborhoods" is not only false, but it dismisses intelligent, hard-working folks that don't happen to live high on the hog as low-lives who should be grateful for the salvation of artisan pies, espresso and couture cocktails. It feeds into the fears of people who were proud to live in neighborhoods such as Oak Cliff long before they became hip -- that new residents may bring jobs and better beverages, but at a steep price. The loss of affordability, the loss of respect, the loss of community and identity that has never depended on national news outlets or magazine profiles for its sense of self-worth. 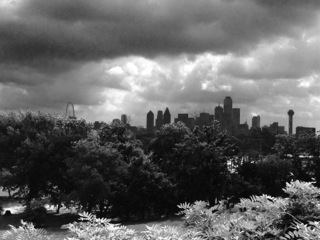 Oak Cliff is not alone. In recent profiles of communities as far flung as Durham and Oakland, I have read glowing "come visit" profiles that shower praise on the pilgrims' boutiques and cafes but dismiss and often denigrate folks that have lived there all along as "blight."

One cannot come into a community with textbook knowledge and good taste, but no home training, and expect to do anything but replicate the exclusionary practices of the people that caused you to consider the 'hood in the first place. Empathy and education of a place and its people is extra work for those who just want to move in and move on with their lives. But if gentrification is to age gracefully and cause fewer problems than it solves, these are necessities.