We can all agree that being fake is a negative thing -- no one wants to feel like they're being played by someone who is just acting, nor does anyone want to be known as someone who doesn’t live true to themselves. But what makes a person truly genuine?

Millennials in particular, who have matured in the age of social media, struggle to both pin down this personality trait and determine whether or not they possess it. They spend significant amounts of time curating the most share-worthy photos on Instagram, creating a summarized snapshot of their lives on Facebook, and posting descriptions of themselves on online dating websites. And as "real" as those shared moments may be, there is a selectivity involved in designing one's ideal self, rather than exposing all there is to bare.

In 2002, authenticity research pioneers Michael Kernis and Brian Goldman began studying the individual differences of sincere personalities, and defined authenticity as “the unimpeded operation of one’s true or core self in daily enterprise.” In order to assess whether a person is guided by his or her genuine sense of self, one must look past the profiles created and into the collection of thoughts, interactions and behaviors that fill each day. And while science has yet to map a single path to sincerity, there are some shared traits among people who are genuine and authentic.

Here are six signs you live life according to your true self.

1. You have high self-esteem. 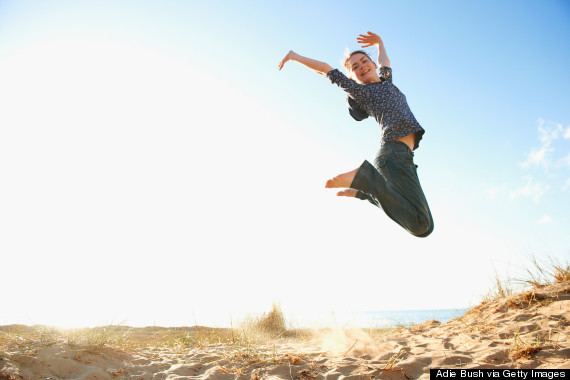 "Really, with self-esteem, it’s the ‘Goldilocks’ range: Too much is not good because that’s the narcissism range, that’s the arrogant, prideful range," Winch tells The Huffington Post. "Too little is not good; you want something solid in the middle. So genuine people are those who have solid self-esteem -- it’s solid, it’s consistent, it’s not brittle. And people who have solid self-esteem are much less defensive about things usually. They can feel authentic, they can be authentic, because they’re far less worried about the implications of exposing who they are, because they feel OK about who they are."

Research backs this up: In a 2008 study published in the Journal of Counseling Psychology, U.K.-based researchers explored the "authentic personality" and how other traits correlate with a person's sense of living genuinely. They found that people who expressed a high sense of authenticity also maintained higher levels of self-esteem. 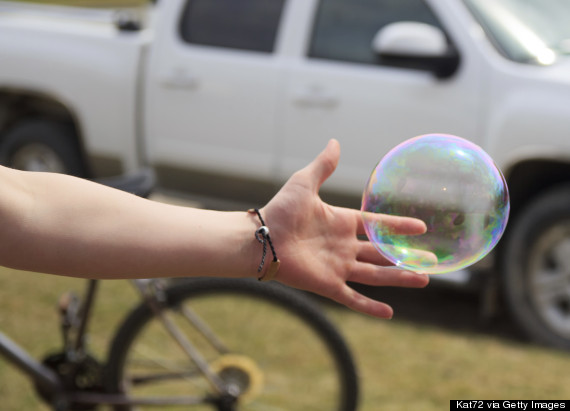 The psychological idea and societal construct of inner strength vary dramatically. Many cultures place great importance on maintaining defensive walls that hide or minimize personal weaknesses and imperfections, as a means of protecting oneself from harmful or unpleasant experiences. Science, on the other hand, supports using flexible coping mechanisms to face moments of discomfort -- opening oneself up to fears and failures in an attempt to learn and grow from them, rather than shut them out altogether. And it takes an authentic person with a solid foundation of self-esteem to be able to accomplish the latter.

"The stronger your self-esteem, the more able you are to admit that you’re failing, to receive criticism, to be able to receive negative feedback without it making you crumble," Winch says about the importance of maintaining such flexibility. "You can actually take on criticism, negative feedback, something not great about you, something that you don’t love about yourself, and it doesn’t really devastate you. It’s something you can admit, you can hope to work on or just take in, but it doesn’t affect your whole way of thinking about yourself."

3. You share your true thoughts, beliefs and opinions with the world. 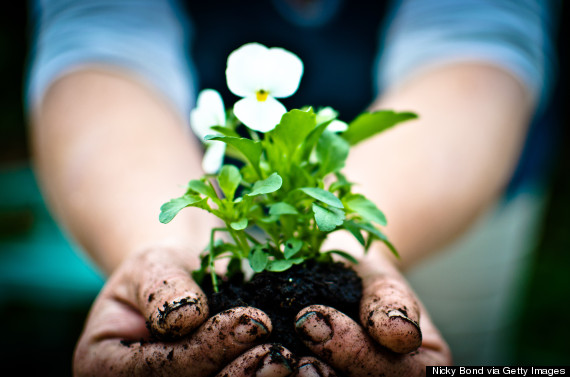 Authentic people not only take the time to ponder their perspective on life and the experiences that led them there, but they easily share this "true self" with others around them. This outward expression is consistently characterized as an extroverted behavior in authenticity research. However, in a 2010 study published in the Journal of Personality, Wake Forest University psychologist William Fleeson established that both genuine introverts and extroverts alike feel comfortable sharing their thoughts, opinions and beliefs with the outside world.

“Authenticity is consistently associated with acting highly extraverted, even for those who characterize themselves as introverts,” said Fleeson in a statement. “Being flexible with who you are is okay. It is not denying or disrespecting who you are. People are often too rigid about how they are and stick with the comfortable and familiar. Adapting to a situation can make you more true to yourself in some circumstances.”

His research also revealed that being genuine consistently goes hand-in-hand with being emotionally stable and intellectual.

4. You openly give and receive compliments. 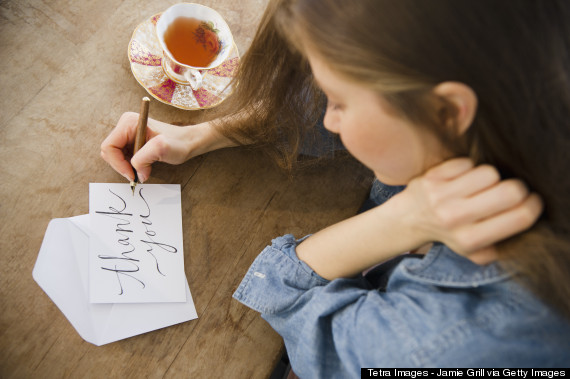 Gratitude clearly flows in two directions: sometimes you give, and sometimes you receive. When it comes to the latter, Winch explains in his book Emotional First Aid that people with low self-esteem can sometimes struggle with accepting compliments. That's because they believe those compliments come attached to higher expectations from others, which results in feelings of stress. Those who are authentic and maintain a solid sense of self-esteem, on the other hand, don't view compliments with strings attached.

"You have to be able to see a compliment as just a compliment, and it takes a certain level of authenticity to receive that," Winch explains. "It’s about being able to take in and also give back in a way that’s unfiltered by all these kinds of other agendas."

When it comes to expressing gratitude to others, genuine people follow a similar path of not overthinking it.

"You want to reinforce people," he said. "It’s really merit-based. You’re doing it just because it's merited, and that comes across when you do it in a pure way, when you’re simply delighted that somebody did well and you compliment them." 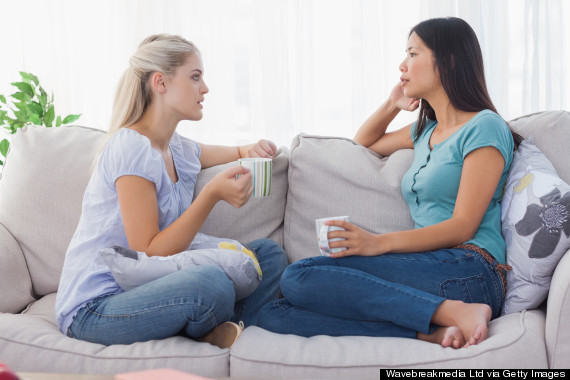 Genuine people find it easier to let go of distractions and focus intently in a conversation simply because they are truly interested in what the other person has to say. They aren't constantly checking their smartphone for text messages or letting their mind wander off to the day's to-do list. Everything else falls by the wayside.

According to a 2013 study conducted by psychological scientist Erin Heerey at Bangor University in Wales, others can tell when you are being genuine. The observational study paired strangers getting to know one another and monitored their reactions to any smile that was exchanged -- both genuine and polite. It found that the subjects responded much more quickly to genuine smiles than polite smiles, and viewed the genuine smiles a social reward to be valued.

6. You're driven by an inner voice rather than your surroundings. 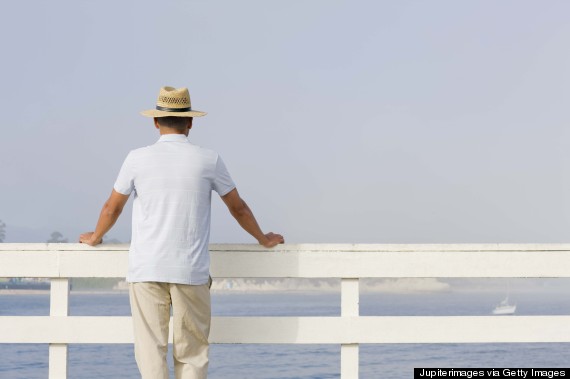 One of the key components of authenticity is simply (or not so simply) knowing who you are and being comfortable with yourself. It requires taking the time to develop informed ideas about the things you care about, and not blindly adopting them from others around you. It is with this foundation that you are able to live those values -- stand behind them, represent them and feel strongly about them.

"When you have thought through what you think, what you feel, what’s important to you and why it’s important to you, that determines a certain sense of purpose and directive," says Winch. "We all have these operational directives -- we just don’t necessarily articulate them to ourselves. But if we look back on our behavior and examine what we do, why we do it , what we think, why we think it, we can figure out the principles that are driving us."

People who have really looked within to understand why they think and act the way they do are clearer about the principles -- and purposes -- that drive their lives, Winch adds. "It makes them proactive rather than reactive."

Living Well According To The Wisest People Who Ever Lived
More:
healthy livingHonestyauthenticitythird metricpersonality