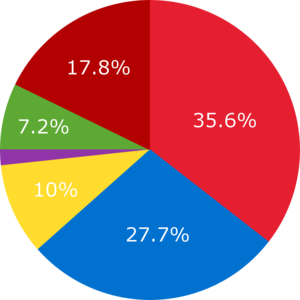 I moved on. The wounds had closed. Whatever time it took for me to get to that point, long or longer, was in the past. At that point, I had some options to consider. One, I could swear off the opposite sex and stay in my gopher hole. Two, I could play the field and date around with no intention of getting into a serious relationship. Three, I could spring into a rebound relationship. I did all three.

At some point, I decided it was time to start the search for my second someone. If I wanted to find my second someone, I knew I had to be proactive about it. A certain amount of time would have to be invested in the process. When you are ready to find your better, second chance on love, it's not just going to show up on your porch in an Amazon box. Bring on the RomCom fantasy and the friend that edits your Match.com profile. When I hit that point, I was both excited and scared. But part of the looming fandango that really bothered me was when I thought about the geometry of finding the love of my life. The math involved in finding my second someone seemed hopeless.

The United States has a population of about 320 million people. Consider that 320 million as one large circle, or pie graph. Color it sunshine yellow. Now take that and cut it in half since odds are you are looking for a certain gender. Now visualize that half circle. Got it? That pie piece, representing the population that houses your future love, just got chopped by 50%. No surprise, really. A logical reduction.

In reality, your slice of pie is already in remission. Onward. You are looking for a person of a certain age. For example, if you are a 30 year-old man, you may be looking for someone in the age bracket of, say 25-35. Bang! Slice of pie greatly reduced. You just eliminated anyone too young to date, and too old. Even if you expand your age range, you can only swell that pie piece so much. You certainly aren't going to date a minor. And you are not going to date someone old enough to be your parent, okay maybe you can, but for Pete's sake eliminate the grandparent age. Now your slice of the dating pool circle graph is roughly the size of Uncle Earl's piece of pecan pie at Thanksgiving. But, let's just hope he was really hungry.

Dammit, you just realized that within that slice of pie, many of the gender you search is either married or in a steady relationship. Boom! Pie chunk is waning like a crescent moon. You have to consider that only a certain number of the people in your slice are single and looking for someone to date. Surely there are many others just like you? Well, it seemed to me that I knew gobs more married or coupled up people than I did single people, especially at the second time around age. The geometry of love is discouraging, but geometry class is not over for today.

Now I'm looking at a piece of pie the width of Texas Toast. (I'm a Texan. Does the world know about Texas Toast?) At least it's the thickest form of sliced bread. There's more thinning ahead. Just how many people in your slice of pie are geographically close enough for you to find? Sure you can make your geography larger by online dating, but l wasn't going to start with the entire northern hemisphere and narrow it down form there. I needed a comfortable dating radius. Kaboom! Your slice is now about that of a Kraft Single.

Ever wonder just how many people in your tiny, skinny slice of remaining pie you'd actually find attractive? Would they find you attractive? You want some chemistry, right? Whack! Slice now as thin as a piece of paper.

Kids? Earning Income? Bald? Out of shape? Wounded? Like country music? So many things seemed to be, or could realistically be, deal breakers to other people in the Singleverse. Whatever slice I was holding just seemed to crumble and fall through my fingers. It seemed both hopeless and slightly impossible for me to be successful in finding a special someone that was what I needed and wanted. The math just didn't fit.

My conclusion: The "talent" pool, my dating slice of pie, was so thin and fragile that there was no way my search would bear fruit. I didn't see how I was going to find love. My analytical mind almost benched me before I was in the game.

I went forth anyway for two reasons. One, that's what I wanted to do. It's just a choice, isn't it? Second, I always felt I'd have to sort through a field of weeds to find my flower. I never really understood that the first time through the process and it cost me.

Your geometrical pie chart is actually a huge, round open field, a field teeming with both thorny weeds and colorful flowers. What looks like a weed to one person, is actually a flower to someone else. That's how it works out there. I hated geometry in school. Proofs and axioms and angles and lines don't metaphorically fit into finding a special someone, or a second someone in my case.

I got married in 2008, four years after my first marriage ended. Searching throughout that small piece of pie turned out to be quite a journey. What seemed impossible to me wasn't. Isn't that how it usually works out?

I'm grateful I didn't listen to my own geometry. I'm thankful I found my flower.
Her name is Allison.

Bill is a writer, teacher, speaker, and a pretty decent guy for the most part. Loving life in Austin, Tx.