The couple of the moment made a grand entrance at the 2015 Golden Globe Awards on Sunday.

Newlyweds George Clooney and Amal Clooney (née Alamuddin) stunned as they made their way down the red carpet, George in a sharp suit and Amal looking divine in a black Dior gown and white gloves. This is the pair's first big Hollywood event together -- and they made sure it was one to remember.

"As long as she doesn't get the train stepped on, I've succeeded," George told Ryan Seacrest of Amal on the carpet. 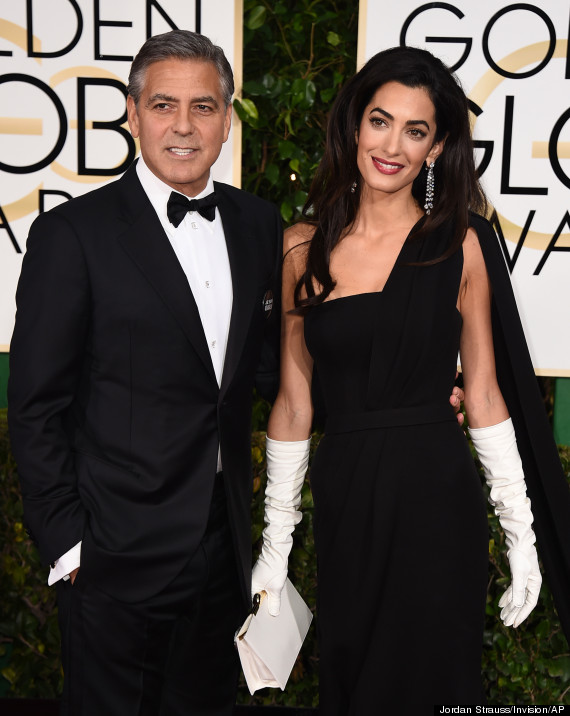 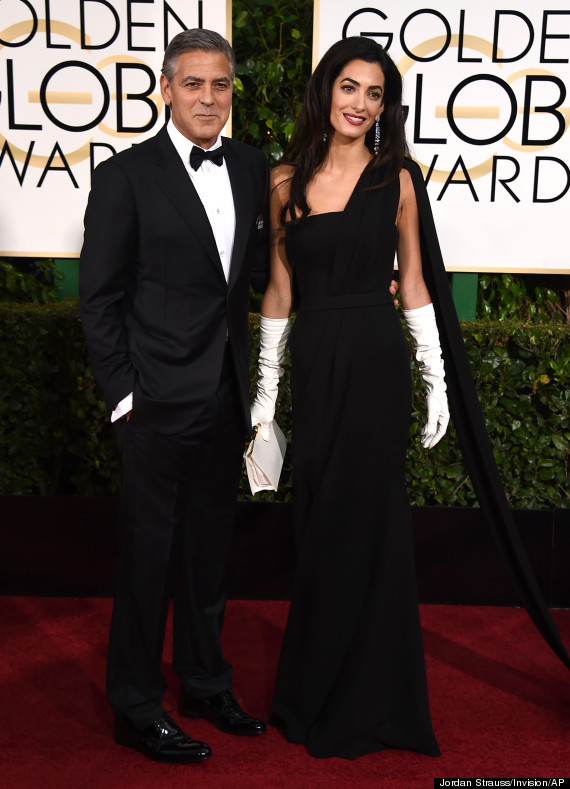 Julianna Margulies and Don Cheadle presented George with the Cecil B. DeMille Award during the ceremony, which brought out some A-list stars including Matthew McConaughey, Meryl Streep, Lupita Nyong’o and Gwyneth Paltrow.

During his speech he thanked his new bride, saying, "It's a humbling thing when you find someone to love. Even better when you’ve been waiting your whole life ... Amal, whatever alchemy it is that brought us together, I couldn't be more proud to be your husband."

George and Amal tied the knot in Italy in September after a whirlwind romance. The 53-year-old actor began dating the 36-year-old British-Lebanese human rights lawyer in October 2013 after initially meeting her in Italy. They became engaged in April 2014.