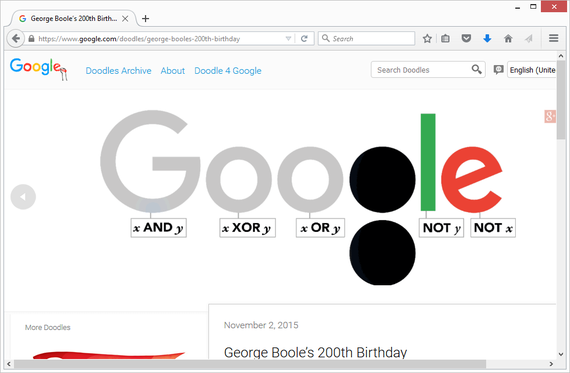 Today marks the 200th anniversary of the birth of George Boole, the English logician and mathematician who laid the foundation of the digital age with his pioneering book The Laws of Thought in 1854, published during the 16 years he served as the first Professor of Mathematics at Queen's College, Cork (now University College Cork) in Ireland. 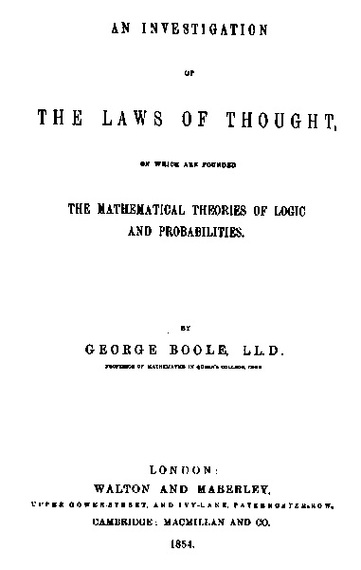 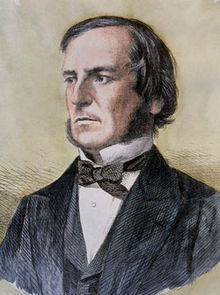 Boolean algebra and Boolean circuit design are what make digital computers tick today, freeing them from the drudgery of mere number crunching and turning them into machines capable of making decisions.. The seismic shift in electrical engineering which made this possible, thereby leading to modern computer science, happened thanks to Claude Shannon. Shannon picked up Boole's logical thread in the late 1930s after learning about his ideas in a philosophy class he took at MIT. Boole, it is now clear, was a man at least 80 years ahead of his time.

In his Foreword to Des MacHale's excellent The Life and Work of George Boole--A Prelude to the Digital Age (Cork University Press), modern day English mathematician Ian Stewart writes that Boole is "one of the great unsung architects of today's world" on account of his foundational role in ushering in the digital world of True/False, O/1 and AND/OR and NOT web searches. 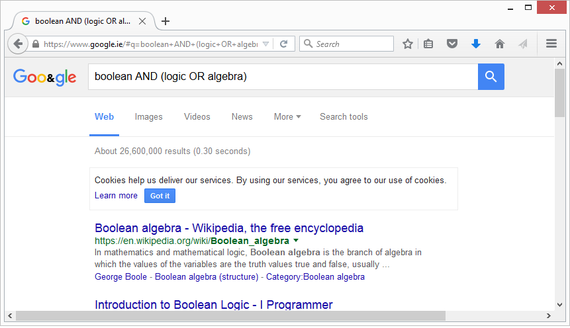 Boole is unsung no more: today Google is honoring him worldwide with a personalized doodle, as shown above. Well, almost worldwide: the USA is conspicuously absent from the celebration as this Google map reveals: 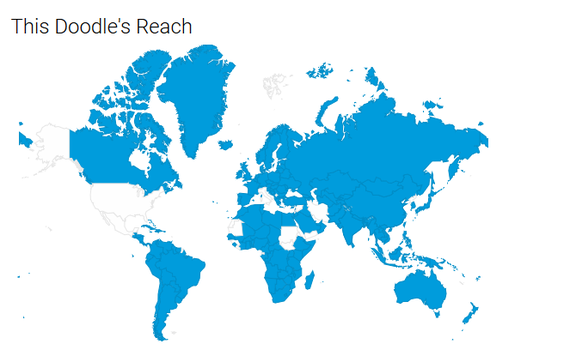 (The Google doodle in USA today celebrates The Day of the Dead, which they may argue includes Boole.)

Even better, George Boole is also literally unsung no more. An affectionate tribute song called "The Bould Georgie Boole" has surfaced telling his life story, featuring amusing lyrics set to the well-known tune of "The Bould Thady Quill" from over a century back. It's performed by The Arthur Céilí Band, featuring Jim Flanagan & Mike Simpson.

There's also a longer version of the ballad, with three extra verses, scrolling lyrics, and a completely different video:

Boole died before his time, at the age of 49, as a result of poor health and walking to work in torrential rain, hence contracting pneumonia. Boole's wife Mary Everest (1832-1916) made real contributions to mathematics and education, and she outlived him by half a century. Their five daughters and subsequent descendants were also impressive. Middle daughter Alice (Alicia Boole Stott, 1860-1940) was a pioneering 4-dimensional geometer. She coined the term polytope for higher dimensional shapes such as hypercubes, and worked with Coxeter in the 1930s. George and Mary's grandson Sebastian Hinton invented the jungle gym, originally conceived to help children understand the (x,y,z) coordinates of the 3-dimensional space in which we appear to live.