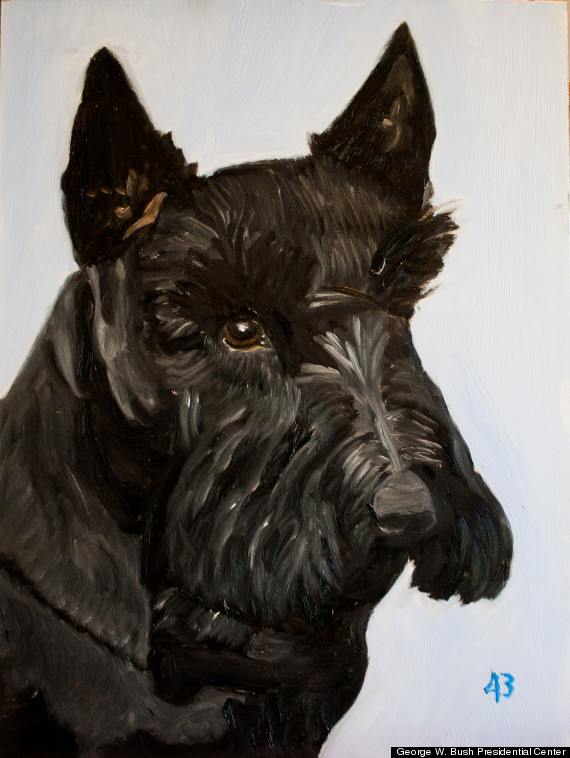 When the media learned about our 43rd president's new hobby, all anyone asked about was his talent. Even the former 1st lady sought to assess his ability as an artist, according to Tom Benning, writer for the Dallas Morning News, by showing some of her husband's doodles to her art teacher friend. We live in a culture that just can't resist judging accomplishments!

George W. Bush will be remembered for many things, depending on your politics, but painting landscapes and animals probably won't be on your list.

After the self-portraits and other works were made public by an email hacker, the professional critics chimed in. Sadly, I think that the focus of attention is greatly misplaced and doesn't reflect, in the least, the goals of this, or any other, Vintage Years artist.

When Mr. Bush took up painting, quite some time after leaving the White House, he was about sixty-five years old and most likely curious about the next phase of his life, which is natural and time appropriate. When you have the world's most demanding and powerful job, what follows could certainly be a let down.

How he spent his time after his term expired was critical to maintaining his life satisfaction and sense of meaning, creating an even bigger challenge for an ex-President than it is for the rest of us. But through his painting, he discovered a creative outlet that probably wasn't available, or hadn't surfaced, earlier. Not that he would have had time or the ability to focus for hours on a canvas during any earlier stage of his life.

In April, Katie Couric interviewed him as a late-blooming artist, and expressed surprise about George W. painting. He said the following about his newly found passion: "You can keep learning in life. . . . It's been eye opening for me. I look at colors differently. I see shadow and I paint every day."

This is George W. Bush the private citizen speaking, not as the former President or as a representative of an artist's guild. He didn't choose to publicly display his art, or even necessarily to talk about it. Remember, he was hacked. Like many of us, he engages in the art because it satisfies a yearning to express himself in personally fulfilling ways.

What makes for a scintillating hobby that will also stimulate your brain? Here are six factors to consider:

If George W. Bush serves as a role model it might just be because he demonstrates the satisfaction that comes from doing what he wants in his Vintage Years; doing something that taps into a lifetime of experience and leads to a hobby that stimulates the brain, the psyche, and the soul.

At this later stage in life, talent and other people's opinions are not important for enjoyment. Similarly with young children, pleasure is derived from doing and doesn't depend on feedback from the outside world.