What does rock band System of a Down, George Clooney, sci fi thriller "1915" and the Kardashian's annual family trip all have in common?

By marking the 100th anniversary of the Armenian Genocide each can help to eliminate denial, and eradicate genocide worldwide.

This week the most well-known Armenian in pop culture plans to visit the country of her heritage for the first time. My question still stands, Kourtney and Kim, will you take Orran? 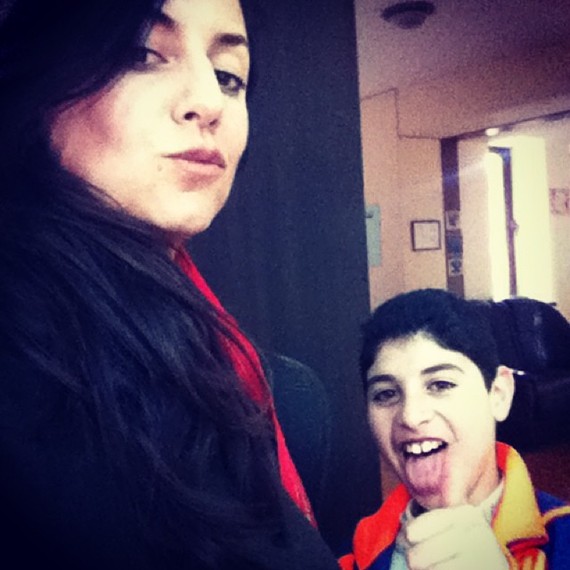 Even more importantly though, will you call attention to the 100th anniversary of the Armenian Genocide?

On this visit the Kardashian's have one chance to use the 100th anniversary to invoke an end to denial of the Armenian Genocide. Many say denial of this first modern day genocide led others to take place including the Jewish Holocaust, and in Rwanda, Sudan and Cambodia. Hitler himself referred to the Armenian Genocide in 1939 in planning the Jewish holocaust when he said, "Who speaks today of the extermination of the Armenians?"

100 years ago 1.5 million Armenians were massacred by neighboring Turkey. Despite being well-documented, this event is denied by Turkey and the Obama Administration. Millions of Armenians all over the world are planning events to commemorate this poignant anniversary.
Birthright Armenia is leading a campaign for individuals to put "A" and "G" on the back of their hands and share via social media. 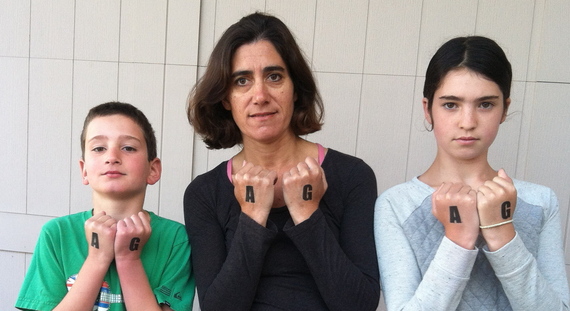 Heavy metal rock band System of a Down led by Serj Tankian just launched its #wakeupthesouls tour. Drummer John Dolmayan told Rolling Stone magazine, "we want to help prevent what happened to the Armenians happening to other people."

"1915" is a sci fi thriller which comes out later this month. Co-writers/directors Garin Hovannisian and Alec Mouhibian say the movie is about "denial, what happens when the past is ignored."

I truly believe April 24th signifies a monumental opportunity for Armenians. It is the one and only time we can educate the world of the atrocities that took place in 1915, forcing an end to the denial. And, we can use this event to urge individuals, world organizations and governments to work toward an end to all genocide.

Everyone can play a role. What if 100 members of the U.S. Armenian Congressional Caucus (doesn't Armenian Genocide Caucus have a better ring to it?) stood on the steps of the Capitol with A and G tattoos on their hands to pressure President Obama to use the word "Genocide" in his April 24th proclamation? What if every high profile Armenian used their social media platform to recognize the 100th anniversary?

Rumor has it that George Clooney may visit Armenia later this month (his wife Amal Clooney is representing Armenia for reparations before the European Court). He recently joined the efforts of 100 Lives, an organization started by Armenians to combat genocide and advance human rights.

Anyone who sympathizes with the atrocities of genocide should recognize the 100th anniversary of the Armenian Genocide. If there are at least 1.5 million Tweets, Facebook posts and Instagram photos, each would represent a life lost in 1915.

My family will come together in San Francisco on April 24th to commemorate the Armenian Genocide. We do so in memory of our grandfather, Ohannes (John) Khachigian, who lost his

mother, sister and brother to starvation and disease as a result of being driven into the Syrian desert from their ancestral home in the village of Chomakhlou in central Turkey.

There are millions in this world who don't know what happened to the Armenians in 1915. I urge anyone who thinks genocide should be a thing of the past to use the 100th anniversary to denounce it.