George Clooney isn’t up in the air about his wife, Amal, expecting twins.

When French film host Laurent Weil introduced the subject by asking the 55-year-old actor how he would prepare for the role of fatherhood, Clooney joked, “lock yourself in a room.”

But he eventually got serious. “It’s exciting and we’re really happy and really excited,” he told Weil Saturday on “Rencontres de Cinema.” “It’s going to be an adventure.”

The 55-year-old actor and first-time dad, who spoke with Weil before he was to be honored at the Cesar Awards next weekend, noted that French actor Jean-Paul Belmondo had a child with Nathalie Tardivel when he was 70. “So I”m feeling a little better about being 56 by the time [they arrive],” he said.

The approximate due date is reportedly June.

Clooney told Weil that when he broke the news to a tableful of friends whose kids are already young adults, they gave him a ribbing.

“It got really quiet, and they all just started making baby crying noises,” he said. “And the whole table just busted up laughing.”

The interview got naturally around to politics and President Donald Trump, prompting Clooney to say: “We have a demagogue in the White House; we need the fourth estate, which is journalism.”

Clooney’s remarks on fatherhood begin below around the 11-minute mark: 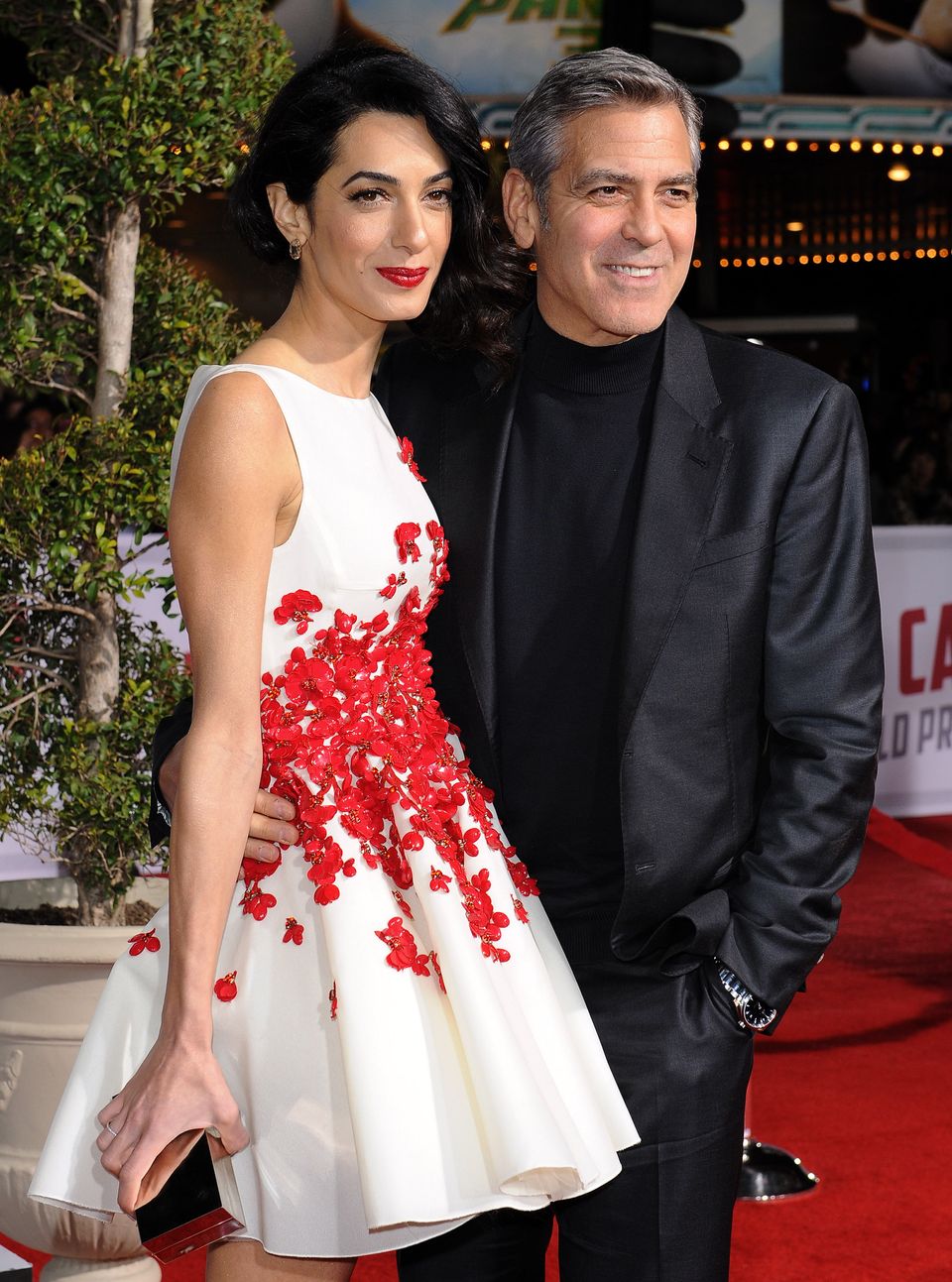