The organization honored the 41st U.S. president with its 2014 Profile in Courage Award, praising the Republican leader's "decision to put country above party and political prospects" in the deal with congressional Democrats.

"America's gain was President Bush's loss," Jack Schlossberg, grandson of former president John F. Kennedy and a member of the award committee, said during a ceremony at the library in Boston.

"Candidly speaking, my grandfather did not want to raise taxes in 1990," she said. "But in our constitutional system of governance, Congress also gets a say - and more than that, he felt he owed the American people action and results."

The foundation also honored Paul W. Bridges, a former Georgia mayor, as co-recipient of the award for putting his mayoral career on the line to oppose a 2011 immigration bill aimed at pushing undocumented immigrants out of his state.

"We celebrate today courage in a moment of profound change and challenge in a country gripped by partisan gridlock and inaction," Schlossberg said.

In September 1990, two years into George H.W. Bush's first term, the United States was saddled with a $200 billion budget deficit. Months of partisan wrangling over possible tax increases and spending cuts had ended in a stalemate.

Despite the potential political backlash, Bush announced a compromise with congressional Democrats that would cut $500 billion from the deficit in five years, in part by raising "luxury taxes" on items including yachts and pricey cars, among other tax hikes.

"The time for politics and posturing is over," Bush said in an October 1990 speech. "The time to come together is now."

The budget passed, but Bush's concession on a tax increase rankled members of his party and stood at odds with his "no new taxes" campaign promise. He lost re-election to Democrat Bill Clinton in 1992.

Bush thanked the foundation for the award in a statement read by his granddaughter. He joked he had skipped the event due to suspicions that broccoli might be served, a nod to his infamous ban on the vegetable he disliked from Air Force One. (Editing by Colleen Jenkins and Marguerita Choy) 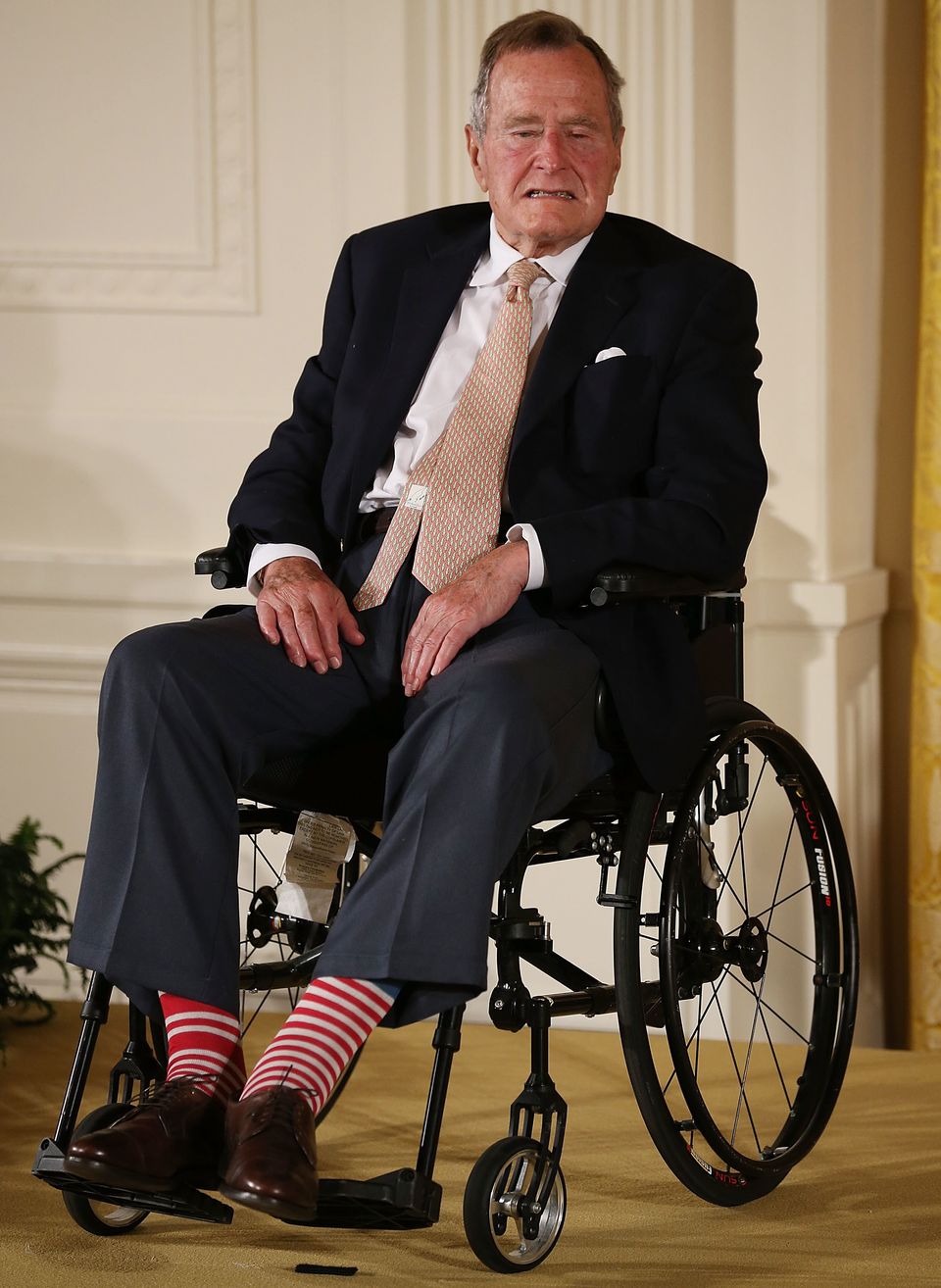 1 / 6
Former President George H. W. Bush wears red stripped socks as he sits in a wheelchair during an event in the East Room at the White House, July 15, 2013 in Washington, D.C. (Photo by Mark Wilson/Getty Images)
Getty Images