George R.R. Martin received some great Christmas presents - including, he said, "a tiny miniature of myself."

He's now revealed images of the figurine, which is an adapted version of this figurine created by miniatures maestro Tom Meier.

The original figurine was a representation of the overweight King Robert Baratheon from A Game Of Thrones, however it was carefully altered and painted to look like George himself by Anne Foerster with the hat and glasses made by Raya Golden. The commission came from Martin's wife Parris.

And why the turtle on his chest? "Turtles are my totem animal. The only pets I was allowed as a kid in the projects."

His fans have reacted positively to the mini GRRM - one suggested that George R.R. Martin figurines should be put into production.

See the awesome figurine below! 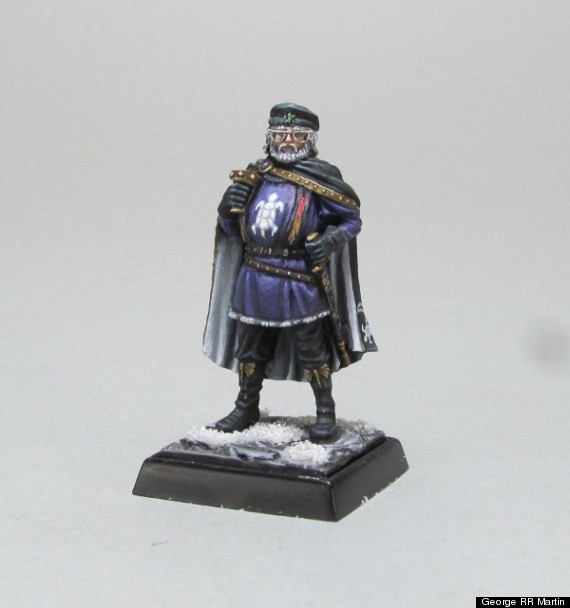 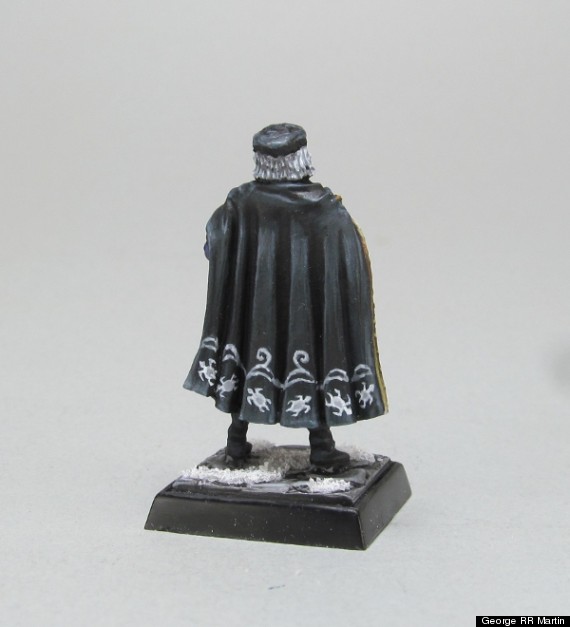 George R.R. Martin As A Fantasy Miniature King (IMAGES)
5 Best Game of Thrones Episodes
1 / 5
5) The Kingsroad
<em>(Episode 102, written by David Benioff & D.B Weiss, directed by Tim Van Patten)</em> I cannot overstate the importance of the first half hour of this episode to the overall success of our first season. It was inevitable that the premiere episode of the series would be somewhat burdened by a lot of plot exposition and the vast number of characters that had to be introduced. This episode, the second, starts to dig deeper, establishing the deep-rooted familial bonds that, for me, are the heart of the show. I remember sitting in my office in Belfast as we were finishing up production on Season One, watching a rough assembly of<em> The Kingsroad </em>on my laptop. This was the first pass; no color correction, a temp music track, etc. My eyes welled up as I watched the series of scenes which depict the Starks parting ways, beginning with Jon giving Needle to Arya and ending with Ned fighting back tears as he promises Jon, “The next time we meet, we’ll talk about your mother.” As I watched this sequence, I knew we’d nailed it. I loved this family. I wanted them to be happy. And I knew the viewing audience would too. Perhaps I was weeping because I knew they wouldn’t be happy again… at least not for a long, long, time. Fun Fact: We didn’t name the episodes until principal photography was completed. I pitched a number of titles, some of which ended up being selected. The first title I pitched for 102 was “A Direwolf Is No Pet”. My boss David Benioff responded by making me promise that if he were to suddenly croak, no episode of this show would ever be called “A Direwolf Is No Pet.” I made up for it by coming up with “The Kingsroad."