George Steel inherited a financial mess when he took over New York City Opera in 2009. As the artistic director and general manager, he made a dramatic decision: last year, he led his charge out of its longtime home of Lincoln Center and took the so-called "people's opera" on the road. He recently spoke with The Huffington Post about his vision for the nomadic company's upcoming stripped-down season, featuring "Powder Her Face," "The Turn of the Screw," "La Perichole" and "Moses in Egypt." Scroll down for images of NYC Opera's new stars.

Huffington Post: What's so special about this new season?

George Steel: One of the reasons I'm so excited about this season is that it is four brand new productions. There are no revivals. These are four shows that I just personally wanted to do and I chose the directors -- all four living in New York City -- who I thought would do the best job with them. They’re really cutting edge shows we believe in.

We’re performing at the Brooklyn Academy of Music this year which is a wonderful venue. It’s a great fit for us artistically, but it’s also one of the great opera houses in the country. And we’re returning to New York City Center where we haven’t been since 1965. It’s where we were founded, in an incredible hall that’s just been renovated so we’ll be thrilled to be back.

HP: Tell us about the casting. How did you go about choosing your stars?

GS: This season is truly about new repertoire and new directors and new audiences, and in this case new young singers. Almost two thirds of the singers performing this year are making their debut with the company, which says a lot about our commitment to finding new talent. We have an incredible team of people I work with in doing the casting who are out in the world finding these terrific young singers.

There’s Myra Huang -- she’s one of the best accompanying pianists in the country, and she is the right hand of Placido Domingo in his Operalia festival, so she has a great ear. There’s Kevin Murphy, who is again one of the great accompanists of his generation, and he is now at Indiana University where he hears all kinds of people. There's Steve Blier in New York. He’s at The Juilliard School, and he too is a great pianist. Between the three of those people and me we see and hear an incredible number of young singers and have a diversity of opinion about who fits what. We’ve come up with extremely lively conversations, and they yield extremely exciting choices.

HP: Is there a specific design for the way the season unfolds?

GS: Obviously we picked pieces that we think would work at BAM both musically and theatrically and aesthetically. For our return to City Center we wanted to do some very big spectaculars that would remind people of what a visual extravaganza it can be. They’re all very strong visual shows but I think there’s sort of an extra degree of showbiz razzle dazzle about the City Center shows.

The BAM shows are both pieces of the 20th century and both kind of edgy material. Tom Adès’s ["Powder Her Face"] is around a sex scandal from the '60s; [it] deals with sexuality and the hypocricy of that sexuality in a very frank and direct way that I think matches New York City, and BAM, well. "Turn of the Screw" is an incredibly frightening ghost story really at the heart of it but with a very modern edge. It’s being directed by a guy who's an '80s horror film fanatic [ Sam Buntrock]. It's not a season for the opera insiders. It’s the season for everyone in New York.

HP: Do you have a favorite show?

GS: Mind you, I picked all of these so you’re asking me to make a Sophie’s choice. Each one has its incredible strong suits; I mean, "Powder Her Face" is a terrific cast, and making her New York debut is the woman who’s playing the lead role as the Duchess, Allison Cook. She’s incredibly glamorous, a beautiful person, beautiful singer and terrific actor. That will be an incredibly physical show. Jay Scheib is the director, and all the singers have to switch roles all the time, so it’s a truly virtuosic show for singing actors. I think it’ll be incredibly stunning as well as something of a scandal, so that should be terrific.

"Turn of the Screw" is my favorite Britten opera, and then "Moses In Egypt" is my favorite Rossini opera, which surprises people because it’s never done. Nobody knows this piece. Rossini rewrote it rather radically later in life and it’s much stronger, I think, in its original version. This show is a very lean telling and it’s full of vocal fireworks and so we had to find a real cast of vocal tightrope walkers. It’s just like watching the Dream Team walk out. It's being directed by Michael Counts, who is someone I adore. He’s really a visual artist who became a theater director, and I think the visual spectacle called for by the story of the plagues and the parting of the Red Sea are a perfect match for him. It should be a really exciting show.

And then we finish off with "La Périchole." It’s a funny show, an operetta. It’s like going to a Broadway musical, only the music is way better, the singers are not miked, and the whole thing is in French. But beyond that, the same singing, dancing, acting spectacular and this one’s directed by Christopher Alden; I’ve had Christopher do a show for me every season since I took over and each one without fail has been acclaimed the best direction of the season. So he’s taking us on, he’s crazy for ["La Périchole" composer Jacques] Offenbach. We have two French singers in the two lead roles, and then it’s rounded out by a great crew of American singers. I think it’ll be tremendous fun, a great season for people who don’t think of themselves as opera lovers. 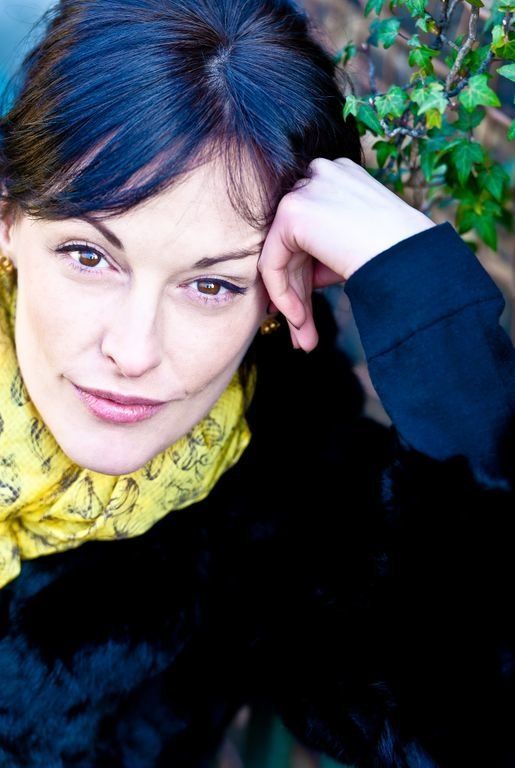 1 / 6
Allison Cook
The British mezzo-soprano has sung across the world -- from La Scala to the Louvre -- but this year marks her debut with the New York City Opera, as the Ducchess in Thomas Adès’s "Powder Her Face." In a conversation with the Huffington Post, NYC Opera general director George Steel singled Cook out as an operatic triple threat, a "beautiful singer, beautiful person and terrific actress."
Courtesy NYC Opera