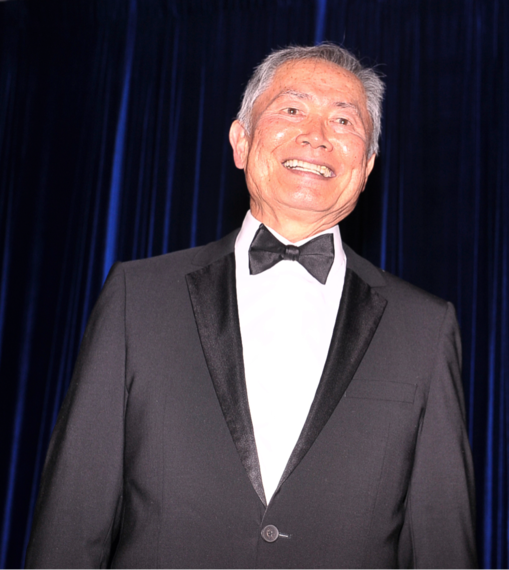 "You (Muslims) are now being vilified. You are now smelling that stench of irrational fear, and its very important that we all join our voices together as one and particularly for us as Japanese Americans who experienced the horror and devastation of imprisonment in our own countries that we share that experience and speak together with you," stated George Takei at the Muslim Public Affairs Council (MPAC) Media Awards 2016.

"Muslims have fought for this country and they have died for this country, and how dare Donald Trump make that kind of sweeping ignorant irrational statement. We must not let what happened more than seventy years ago happen again, and I and other Japanese Americans who experienced that join our voices together with you to say we want to make this a better America and a truer democracy," answered Takei in response to Donald Trump's statements earlier this year calling for a database to be made monitoring Muslims in the United States.

George Takei spoke of his experiences in the Japanese internment camp and stated that uncontained anti-Japanese rhetoric was what allowed Japanese American citizens to be placed in internment camps. He spoke candidly about his experiences both inside and outside the camp. He recalled his experience on skid row after his family was released from the camp with only twenty dollars recompense for their plights. He spoke of his sister who spent almost the entirety of her life behind barbed wire fences.

"We were startled on one occasion. This derelict came staggering towards us and then collapsed right in front of us and barfed. My baby sister said, 'Momma lets go back home (referring to the internment camps).' Life behind barbed wire fence was better than being on skid row," stated Takei.