George W. Bush on Monday praised the positive impact immigration has had on America as he described it as both “a blessing and a strength.”

The Republican former president also called on Washington to “dial down the rhetoric, put politics aside and modernize our immigration laws soon” during his address at a naturalization ceremony for dozens of new U.S. citizens at the George W. Bush Presidential Center in Dallas.

Bush acknowledged that his administration “came up short” with its unsuccessful attempt at comprehensive immigration reform.

Borders had to be respected, he explained, but so did the country’s history of welcoming immigrants as he struck a tone that was markedly different than the anti-immigrant stance often taken by President Donald Trump and members of the current administration.

America’s success was directly related to historically being “the most welcoming” when it came to immigration, Bush said. He noted how “so many of us can draw a line somewhere back to a man or woman who had the idea that life could be better, and that hope led them here.”

“A spirit of self-reliance runs deep in our immigrant heritage, along with the humility and kindness to look at someone less fortunate and see yourself,” he added.

And while “the great yearning of so many” to live in America posed difficult challenges to elected representatives, he said that “in meeting this responsibility, it helps to remember that America’s immigrant history made of us who we are.”

Check out the full speech here:

PHOTO GALLERY
George W. Bushisms Over The Years
Voting Made Easy
Register to vote and apply for an absentee ballot today
Register now 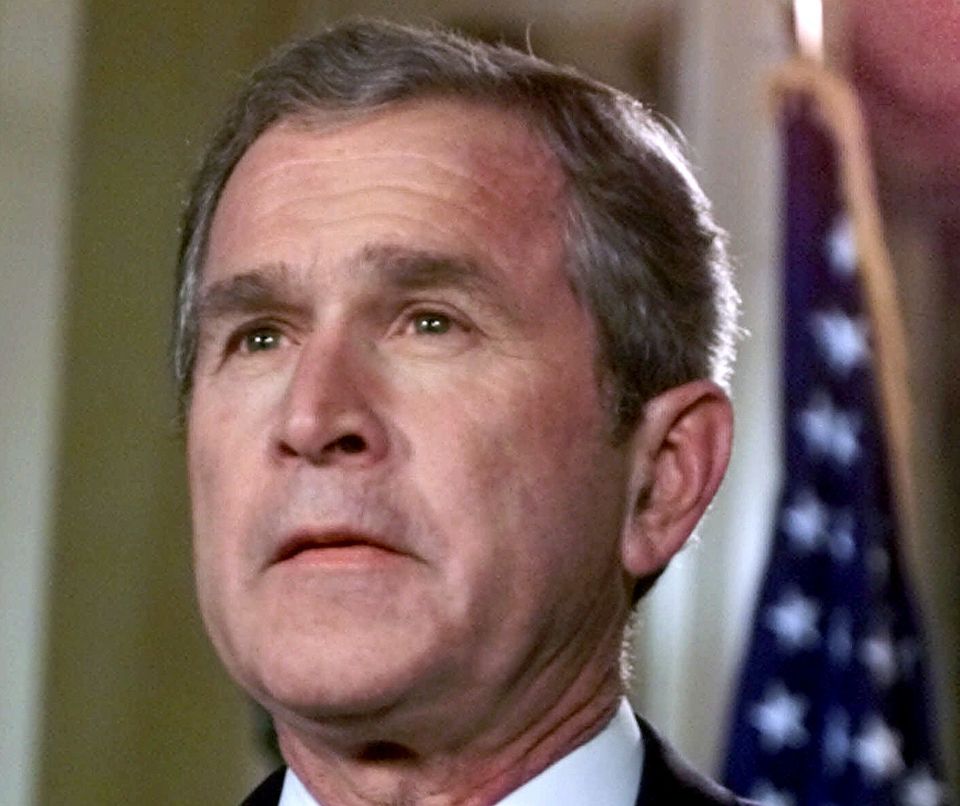 1 / 23
<strong>"I know the human being and fish can coexist peacefully." </strong> -- September 2000, explaining his energy policies at an event in Michigan. <a href="https://www.huffpost.com/entry/bushisms-over-the-years_n_154969" target="_blank">Source: The Associated Press</a> (AP Photo/Eric Gay, File)
AP