George Washington University on Monday became one of the largest and most prestigious schools to join a nationwide movement against admissions tests, announcing that it will no longer require applicants to submit SAT or ACT scores.

The Washington, D.C., school's new policy will go into effect on Aug. 1 and applies to both freshman applicants and transfer students. The university said in a statement that it came to the decision based on the findings of its Task Force on Access and Success.

"Members of the task force examined the value of test scores in understanding how a student performs at GW," the statement said. "They reached the same conclusion as many other institutions: that the best predictor of academic success in college is a student’s high school record, especially their high school GPA. This conversation led GW to adopt a test-optional policy."

Students are free to submit their SAT or ACT scores if they feel that the results accurately reflect their academic abilities, the university noted, but those who choose not to will face no penalty in the admissions process.

The policy will not apply to home-schooled students, recruited NCAA Division I athletes, applicants to GW's accelerated seven-year BA/MD program or students whose high schools provide "only narrative evaluations rather than some form of grading scale."

"The test-optional surge recognizes that no test -- not the SAT, old or new, nor the ACT -- is needed for high-quality admissions," FairTest Public Education Director Bob Schaeffer said in a statement sent to The Huffington Post. "Many independent studies and practical experiences have shown that test-optional admission enhances both academic excellence and diversity."

A study by the National Association for College Admission Counseling last year found that at schools with test-optional policies, there was virtually no difference in cumulative GPA or graduation rates between students who submitted scores and those who did not. The study also found that non-submitters are more likely to be first-generation college applicants, minorities, women, Pell Grant recipients and students with learning differences, suggesting that moves like GW's could help break down barriers to access.

“For economic growth and social stability, America will need to find successful paths to higher education for hundreds of thousands of additional first-generation-to-college, minority, immigrant, rural and [learning differences] students,” the NACAC report said. “This study provides the research support for optional testing as at least one route by which that can happen.” 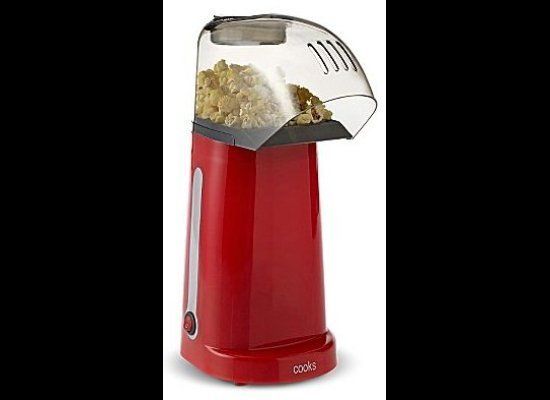 1 / 9
Popcorn Popper
We just don't understand why popcorn can't be popped in a microwave? At least that's how we did it! And most college students do bring one of <em>those </em> with them...and if not, they're usually available in a common space. The phrase waste-of-space come to mind in this case. From&nbsp;JCPenney.