During ABC "This Week," conservative panelist George Will weighed in on what he called the "growing consensus" of public opinion regarding same-sex marriage.

On Friday, the Supreme Court decided to take up two big cases. The court will hear one case challenging the Defense of Marriage Act, and a case on Proposition 8, which banned same-sex marriage in California.

Will wondered how election results would impact the Supreme Court's decisions. After Maine, Maryland and Washington passed ballot measures legalizing same-sex marriage in November, Will said the court may decide "it's not necessary for us to go here."

"They don't want to do what they did with abortion," Will said. "The country was having a constructive accommodation on abortion, liberalizing abortion laws. The court yanked the subject out of democratic discourse and embittered the argument. They may say we don't want to do that, we can just let the democracy take care of this."

He continued, "On the other hand, they could say it's now safe to look at this because there is something like an emerging consensus. Quite literally, the opposition to gay marriage is dying. It's old people."

George Will: 'Quite Literally, The Opposition To Gay Marriage Is Dying' (VIDEO)
Media coverage of Obama&#039;s gay marriage announcement 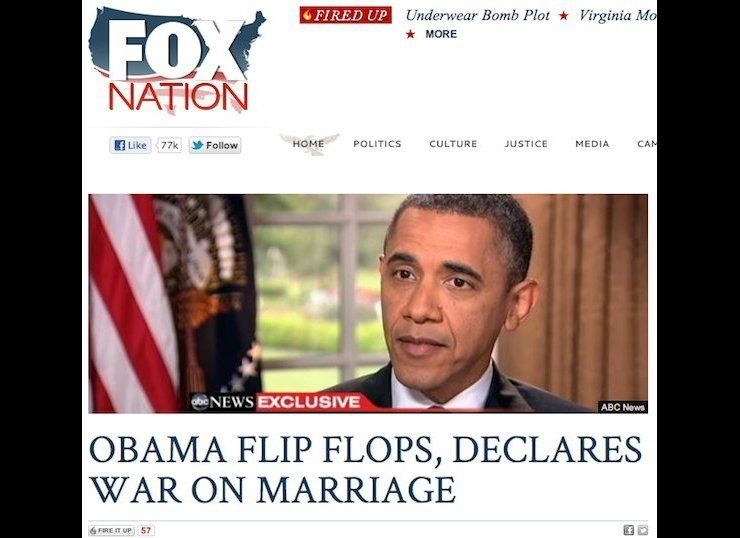