You've heard this joke before. We guarantee it.

Yes, it feels as if every news source in the world has managed to squeeze some form of the same wisecrack out of the news that George Zimmer, executive chairman of Men's Wearhouse, had been abruptly fired on Wednesday. In fact, here's a new rule: If an easy joke is there to be made, a journalist will make it:

“George Zimmer, the founder and longtime face of Men’s Wearhouse, has been fired by the company. Guess they didn’t like the way he looked as CEO!” -- The Hollywood Gossip

“Men’s Wearhouse Founder Gets Canned, No Longer Able to Guarantee You’ll ‘Like the Way You Look" -– Fashionita.com

“Men's Wearhouse did not like the way George Zimmer looked as executive chairman” -- TMZ.com

“"You're going to like the way you look. I guarantee it." After today, George Zimmer -- the man who made those lines famous -- might not be so sure about that.” –- Buford Patch

“You like the way you look, and I've been fired. George Zimmer out at Men's Wearhouse” –- New York Post

"I like the way you look, and I've been fired. George Zimmer out at Men's Wearhouse" -- eWallstreeter.com

A sad day. Unable to guarantee that men would "like the way they look," George Zimmer was fired from Men's Wearhouse: http://t.co/ATtihnSFFD 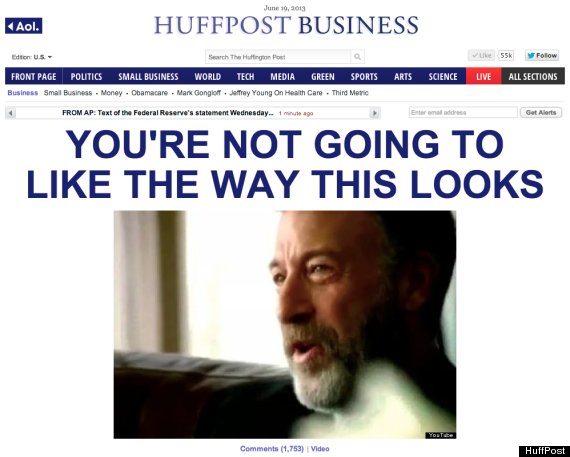