Robert Zimmerman has released a book about the case against his son, George, who is standing trial for the fatal shooting of 17-year-old Trayvon Martin. In it, he shares his views on "how and why" his son has been charged with murder .

"Florida v. Zimmerman: Uncovering the Malicious Prosecution of my Son, George" was released as an e-book Wednesday. The description reads simply: "This book describes how and why my son, George Zimmerman, has been charged with the crime of murder."

Racism has been an overarching issue since Martin, who was unarmed, was shot and killed on Feb. 26, 2012. Many believe Zimmerman, who is Hispanic, targeted the teen that night in Sanford, Fla., because of Martin's race. Zimmerman's father, however, disagrees with the portrait that has been painted of his son.

"As an adult, George continued to judge everyone as individuals, as he does today," Zimmerman writes in the prologue. "Many of George's closest and most trusted friends are African American. Although the FBI interviewed dozens of George's friends, neighbors, co-workers, and acquaintances, there is a tremendous amount of evidence that George is absolutely not a racist in any sense of the word."

In fact, he thinks the racism is coming from elsewhere.

In the chapter, "Who Are The True Racists," according to Think Progress, Zimmerman uses words like "pathetic," "self-serving" and "disgrace" when describing the Congressional Black Caucus, the NAACP and Martin's funeral director, among others. He says he believes they are promoting a racist agenda in the United States and around the Martin case.

Reviews of the book online thus far are divided. Commentators' critiques have ranged from praise from those who believe he is shedding new light on the case, to dismissive, calling it a conspiracy theory that blames everyone but the gunman, to angry.

The first week of jury selection ended Friday and 29 potential jurors have completed the initial round of questioning, according to the Associated Press. Of those 29, 19 are white; six are black; two are Hispanic; one is Asian-American; and one describes himself as mixed race.

Zimmerman, who is facing trial for second-degree murder, is pleading not guilty. 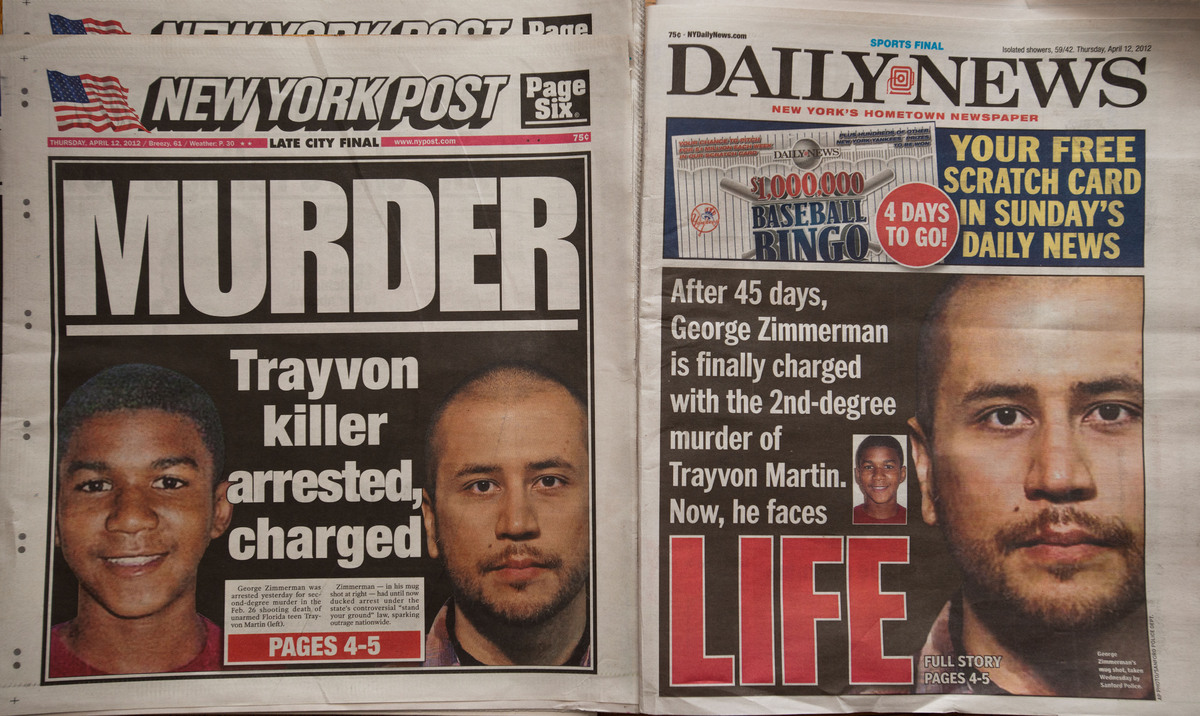 1 / 18
The Martin Story Becomes National News
New York's Daily Intelligencer blog details how the Trayvon Martin story, which hadn't received a lot of attention, <a href="http://nymag.com/daily/intelligencer/2012/03/trayvon-martin-shooting-now-a-national-news-story.html">landed on the radars of the national media.</a> A good deal of the national attention and outrage over the case was centered around the fact that Zimmerman claimed that he shot Martin in self-defense, a category with broad meaning because of Florida's Stand Your Ground Law, and was not arrested or charged with a crime for more than a month after Martin's death.
Alamy